Lok Sabha Elections 2019: All The 20 Constituencies Went Into Polls In Third Phase On April 23 In Kerala. Now, Let's Understand The Political Scenerio Of Kerala Right From 1999 To 2014.

The seven-phase Lok Sabha Elections 2019 for 542 of 243 constituencies were held between April 11 and May 19. The General Elections saw a triangular fight between the ruling Communist Party of India (Marxist) (CPM), Congress and Bharatiya Janata Party (BJP) for the 20 parliamentary constituencies of Kerala. All the 20 constituencies went to the polls in the third phase on April 23. In this General Election, the BJP-led NDA under the leadership of Amit Shah is seeking a second term in the office. In the meantime, the Congress-led UPA under Sonia Gandhi's leadership is looking to make a comeback to power at Centre.

According to the Exit Poll conducted by News Nation, there would be a saffron surge in the Southern state of Kerala with 1-3 seats (14 per cent vote share), the Congress/UDF on the other hand is likely to get 11-13 seat with 38 per cent of vote share and the ruling Communist Party Marxist (CPM) may get 5 to 7 seats with 34 per cent. Now, let's understand the political scenerio of Kerala right from 1999 to 2014. 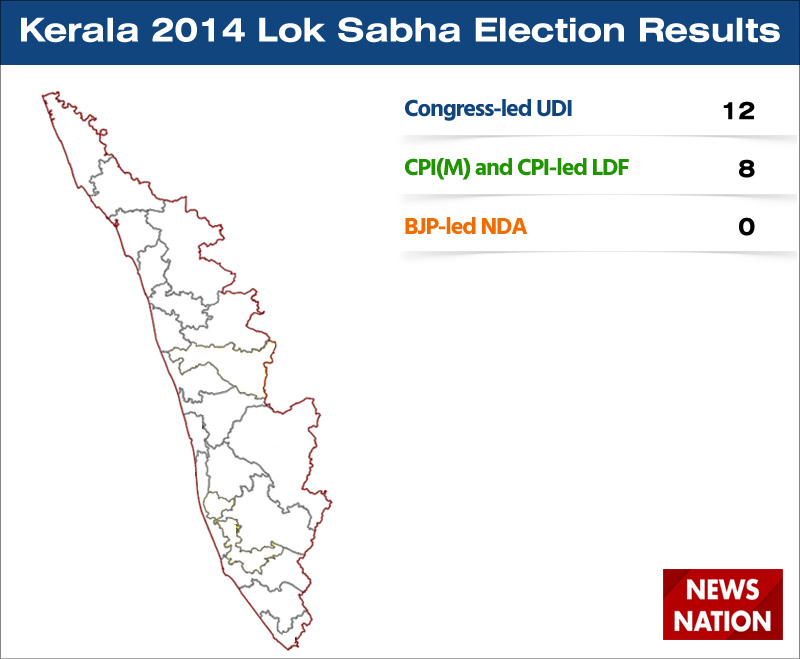 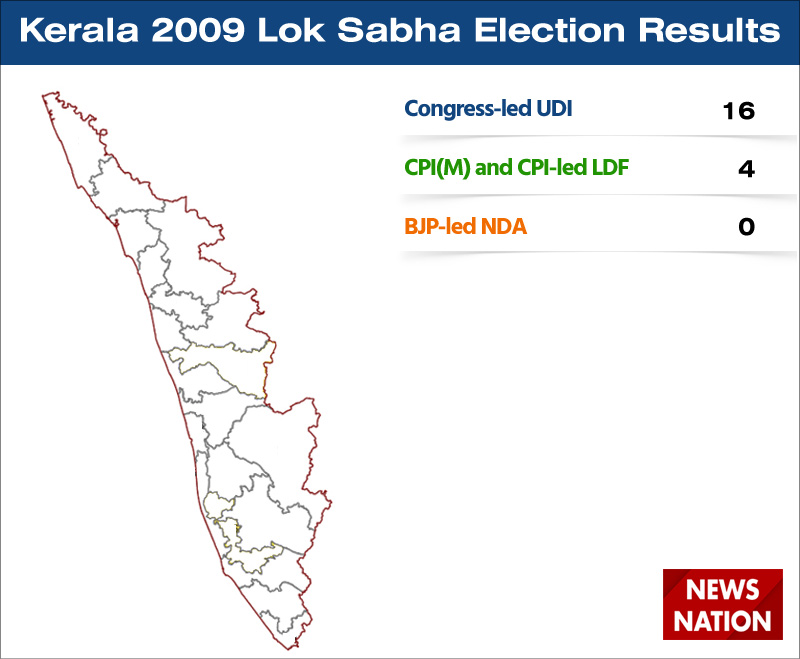 In 2009, the Congress-led United Democratic Front (UDF) won 16 seats while Left Democratic Front (LDF) of CPI(M) and CPI bagged 4 seats in total. On the other hand, NDA suffered a huge loss with no MPs elected. 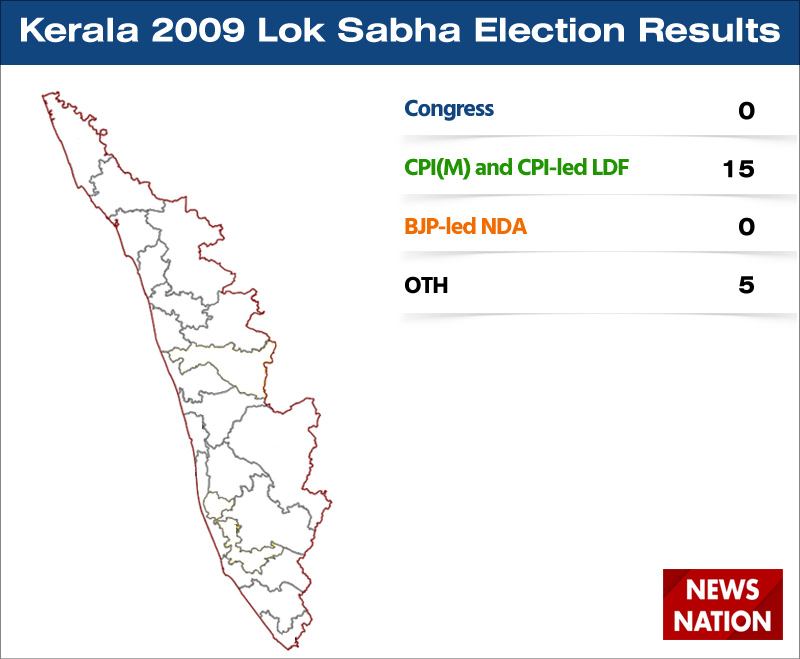 In 2009, the Left Democratic Front (LDF) of CPI(M) and CPI bagged solid 15 seats. Others had won 5 seats. However, Congress suffered the greatest loss in Kerala as it did not even win a single seat. BJP-led NDA was no where in the race. 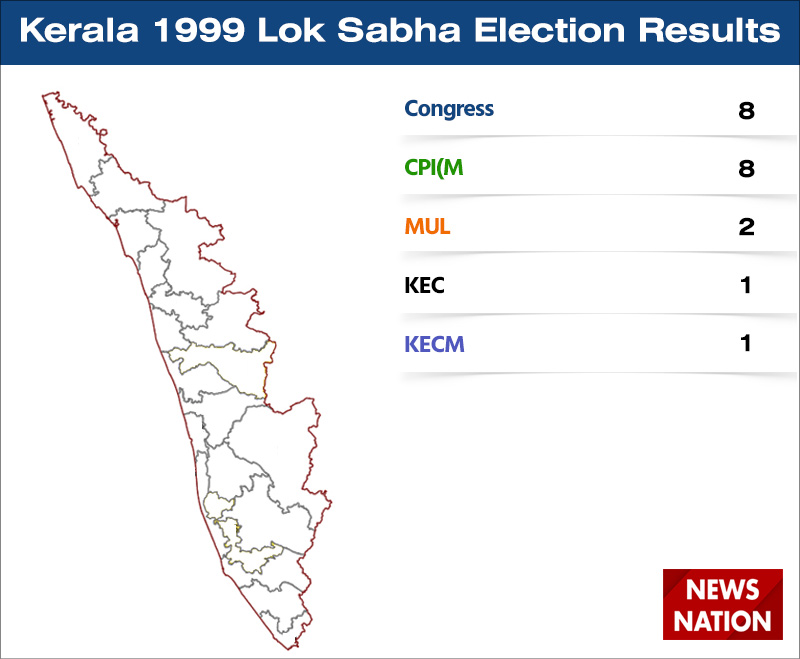 In the 1999 General Elections, both the CPI(M) and the Congress won eight seats each followed by the MUL which won two seats. The Kerala Congress (KEC) and the Kerala Congress (M) (KECM) managed to win one seat each. Interestingly, in the 2014 Lok Sabha elections, the BJP-led NDA won 336 seats of 543, while the UPA won 59 seats, 44 of which were won by the Congress.