As per the News Nation Exit Poll, the YS Jaganmohan Reddy-led YSRCP is predicted to emerge victorious with 42 per cent vote share in the state. Whereas, the TDP, BJP and the Congress are likely to get 35 per cent, 9 per cent and 7 per cent votes respectively. When it comes to seat share, the YSRCP, TDP, are likely to bag 15-17, 7-9 seats respectively. On the other hand, both the BJP and Congress may bag 0-2 seats each.

However, the actual situation will to get clear only on May 23 after the counting begins and it will be interesting to see which party outshines in the polls.

In the 2014 Lok Sabha election, it was the last time as united Andhra Pradesh at the time of polls with a total of 42 seats. The elections were held in two phases on April 30 and May 7 in the 7th and 8th phase of general elections. Telugu Desam Party (TDP) won the highest number of seats with 16 and Telangana Rashtra Samithi came second with 11 seats. 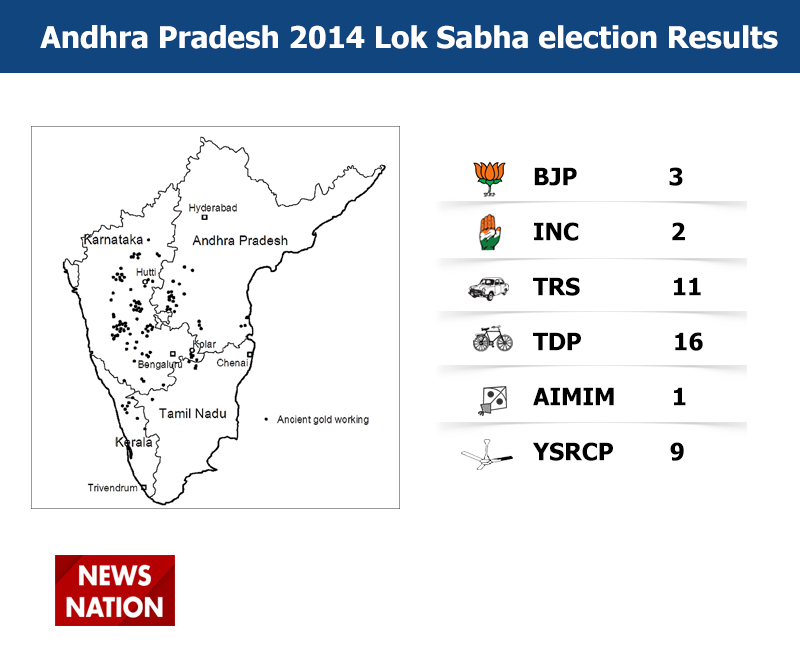 The major contenders in the polls were the Third Front, Indian National Congress and Praja Rajyam. Telugu Desam Party (TDP) left the National Democratic Alliance (NDA) after the losses in 2004 general elections and now joined the Third Front. Even, Telangana Rashtra Samithi (TRS) who were part of the UPA, in the 2004 election, now forged an alliance with the Third Front. After the results were announced INC-led UPA secured a landslide victory with 34 seats out of 42 while TDP won 6 and TRS has to settle with just two seats. 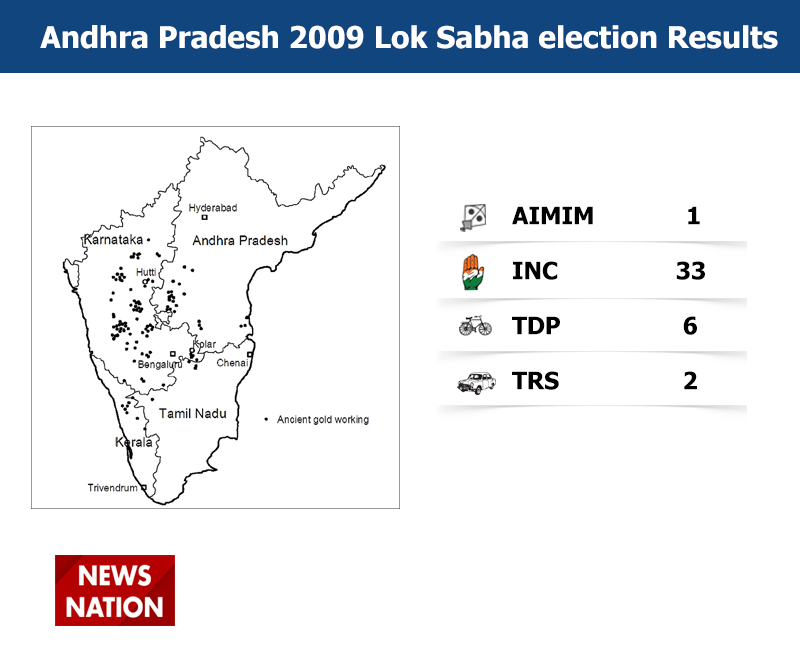 The Lok Sabha elections and the state Assembly elections were held simultaneously where UPA won 34 seats out of 42, on the other hand, BJP could not manage to secure even a single seat. 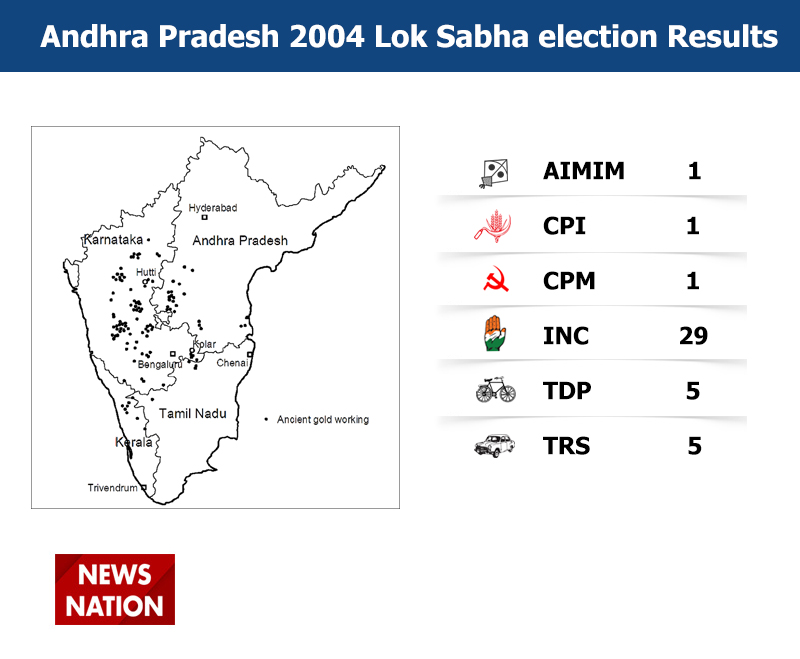 In the Lok Sabha elections, National Democratic Alliance and its ally Telugu Desam Party achieved a landslide victory by securing 36 out of 42 seats while Congress could manage to win just five seats and AIMIM got one seat. 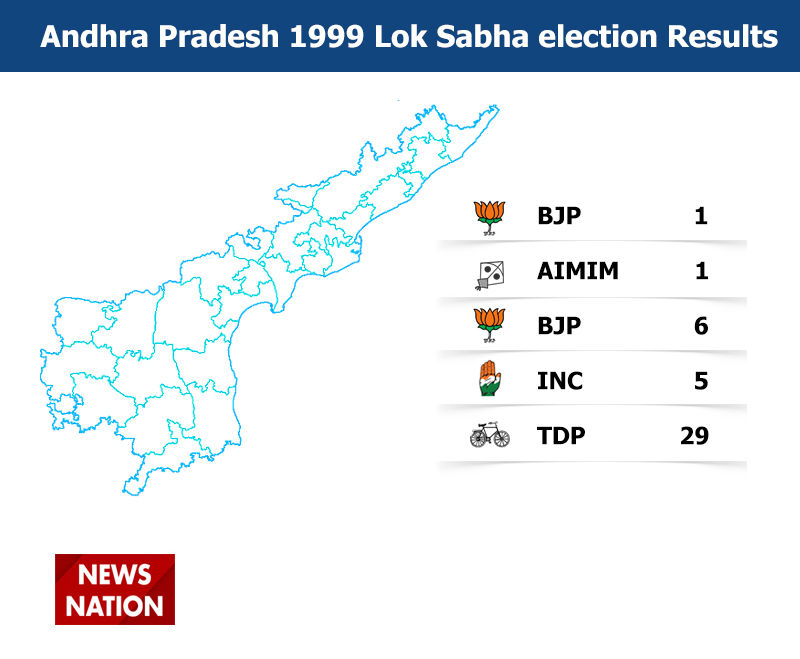