In The 2009 Lok Sabha Polls, The Congress Emerged Victorious In The Northeastern State With Wins In Seven Seats While The BJP Managed To Get Just Four.

Buoyed by favourable exit poll results, BJP sets eyes on the crucial May 23 Lok Sabha verdict. Assam, the most populous state in Northeast, is also likely to witness a saffron surge despite NRC anger in the state this election season, according to News Nation Exit Poll. The survey predicts that the Bharatiya Janata Party (BJP) will decimate the Congress in Assam by winning around 9-11 Lok Sabha seats. The grand old party is expected to win just 2-4 seats out of the total 14 Lok Sabha constituencies. Polling to the 14 Lok Sabha seats in Assam took place in three phases on April 11, April 18 and April 23. Election in Tezpur, Kalibor, Jorhat, Dibrugarh and Lakhimpur Lok Sabha seats were held on April 11 in the first phase. Five seats, which went to poll on April 18, are Karimganj, Silchar, autonomous district, Mangaldoi and Nawgong. Voting in the remaining seats - Dhubri, Kokrajhar, Barpeta, Gauhati - was held on April 23 in the third phase.

As India eagerly awaits the May 23 Lok Sabha verdict, here we bring you a detailed analysis on the previous years' election results ranging from 1999 to 2014 in Assam.

In 2014 Lok Sabha elections, the Bharatiya Janata Party (BJP), in its best-ever performance, won seven seats while the Congress ended by bagging just three. The remaining seats were won by smaller regional parties in Assam. The All India United Democratic Front (AIUDF) and the Independent witnessed win in three and one parliamentary constituency respectively. 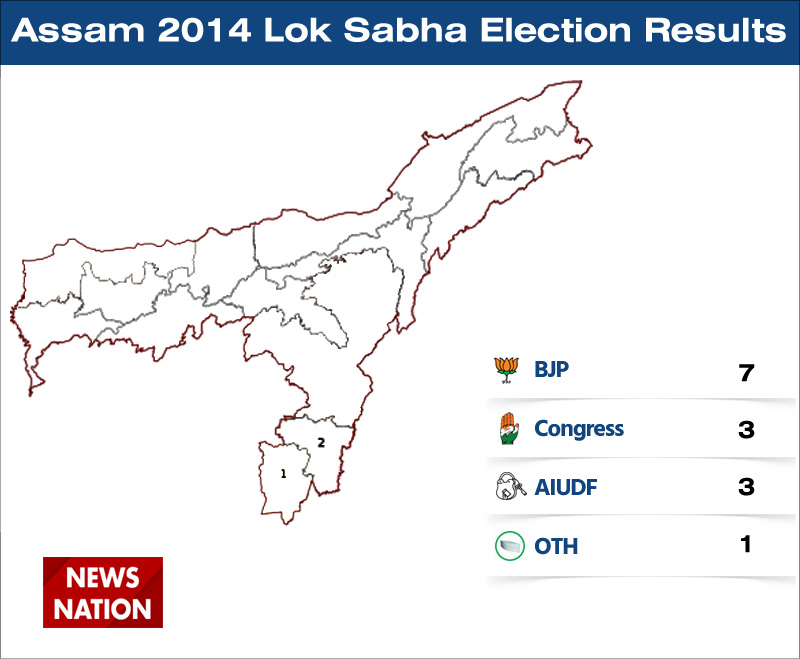 Talking about the 2009 Lok Sabha polls, the Congress emerged victorious in the northeastern state with wins in seven seats while the BJP managed to get just four. Asom Gana Parishad (AGP), Assam United Democratic Front (AIUDF) and Bodaland Peoples Front (BPF) won one seat each. 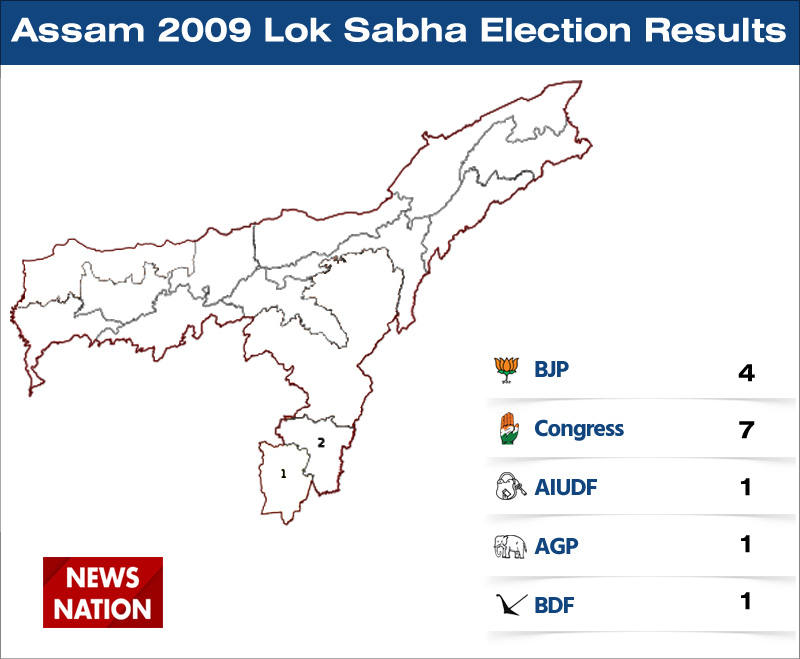 If we take a look at the 2004 parliamentary elections, the state was largely dominated by the Congress as the grand old party bagged 9 of the 14 Lok Sabha seats, leaving only 5 for BJP and the regional satraps. While AGP and BJP won two seats each, one seat went to Independent's bag. 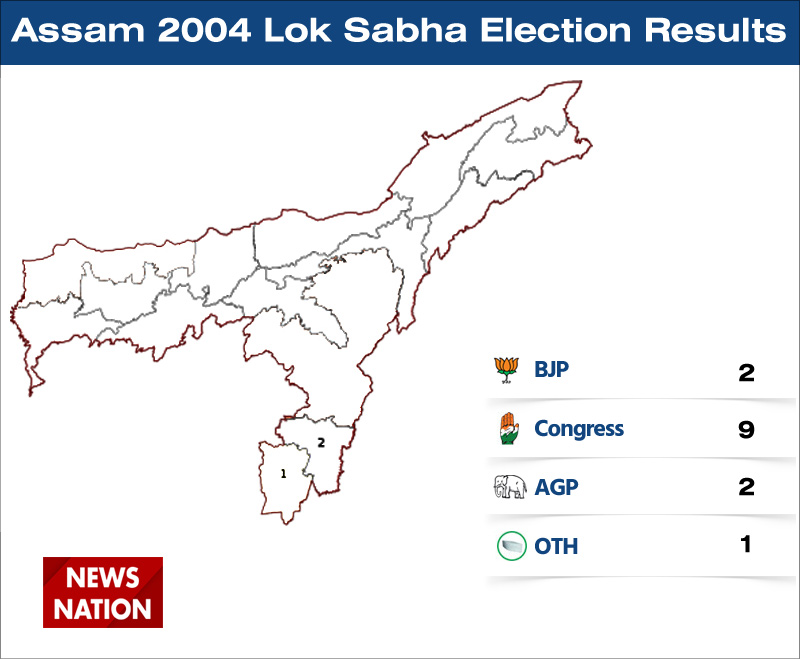 Back in 1999, the Communist Party of India (Marxist–Leninist) made its presence felt with win in one Lok Sabha seat, though the Congress continued to retain its stronghold by bagging 10 of the 14 parliamentary constituencies. In 1999 elections too, BJP won just two seats while the remaining one was grabbed by the Independent. 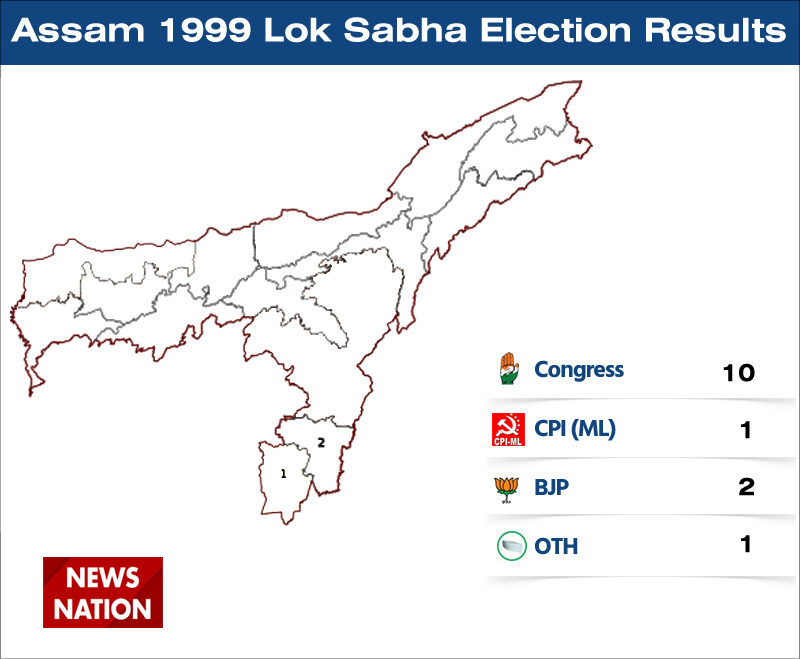 In 2019 General Elections, Assam has witnessed a direct contest between Congress and the ruling BJP. While the BJP came to power following the 2016 Assembly elections in Assam, the Congress ruled the state for 15 long years under the chief ministership of Tarun Gogoi. The AIUDF led by perfume baron Badruddin Ajmal and the AGP, which are in alliance with the BJP, are the other players.

Assam, which became the BJP's gateway to North East, went to polls in the aftermath of the state-wide protests against the Citizenship Amendment Bill. According to the Bill, the illegal migrants belonging to the Hindu, Sikh, Buddhist, Jain, Christian or Parsi communities coming from Pakistan, Afghanistan and Bangladesh to not be imprisoned or deported. The Bill has created a stir in Assam as it contradicts the Assam Accord of 1985, which clearly states that illegal migrants heading in from Bangladesh after March 25, 1971, would be deported. While the BJP-led Centre withdrew tabling the Bill in the face of active resistance from the local population, the issue is expected to dominate the political discourse in the state.

Another issue which is likely to dominate the polls is the National Register of Citizens of India (NRC) drive undertaken by the government to determine the citizens of Assam. With lakhs of names missing from the list, the whole process is likely to leave a major impact on 2019 election in the state. Interestingly, Muslim voters will also play a crucial role in deciding the political fate of candidates in at least 10 Lok Sabha seats in Assam.