Result For The Lok Sabha Elections 2019 That Was Held In Seven Phases Starting From April 11 To May 19 Will Be Out On Thursday.

Results for the Lok Sabha Elections 2019 that was held in seven phases starting from April 11 to May 19 will be out on Thursday. During the five phases of polling, the Valley’s three parliamentary constituencies of Anantnag (South Kashmir), Baramulla (North Kashmir) and Srinagar (Central Kashmir) recorded a cumulative voter turnout of merely 19 per cent. The entire state of Jammu and Kashmir recorded a total of 44.51 per cent voting.

Farooq Abdullah is seeking a fourth term in the lower house of Parliament from the Srinagar seat. Abdullah is pitched against political greenhorns Aga Moshin of the PDP, Irfan Ansari of the People's Conference and Khalid Jehangir of the BJP.

According to the News Nation exit poll, of the six Lok Sabha seats in Jammu and Kashmir, the BJP is predicted to win two seats whereas the Congress, PDP, NC and others may get one seat each. It would be a big blow to former chief minister Mehbooba Mufti if the PDP manage a win only a single seat in Kashmir. 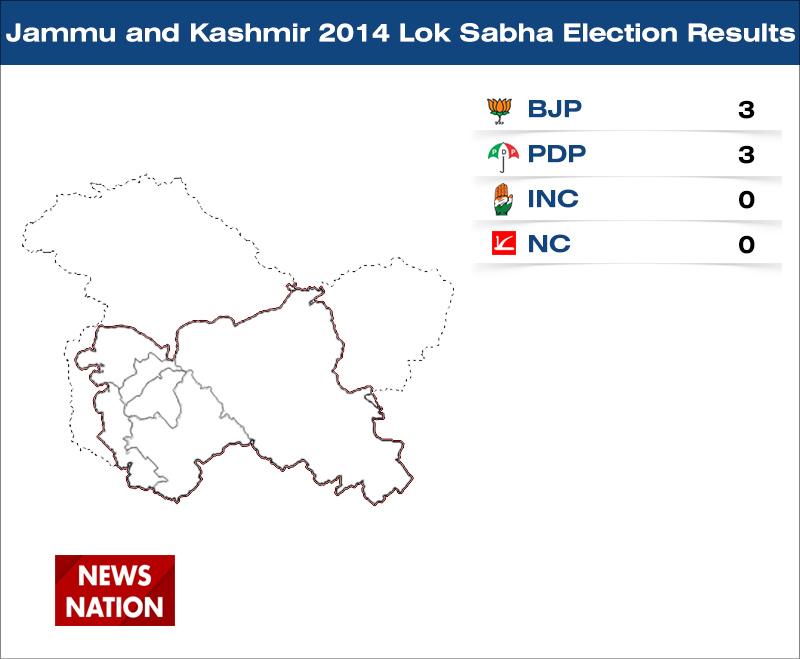 The voter turnout in the 2019 Lok Sabha elections in Kashmir has registered a considerable decline than in the 2014 elections, which is mainly attributed to the escalated violence and resentment among voters over the past three years. In the 2014 Lok Sabha polls, the BJP had won two seats of Jammu and one seat of Ladakh. The PDP had won all three seats of the Valley. The National Conference was not able to open its account in the state and the Congress had drawn a blank in the state. 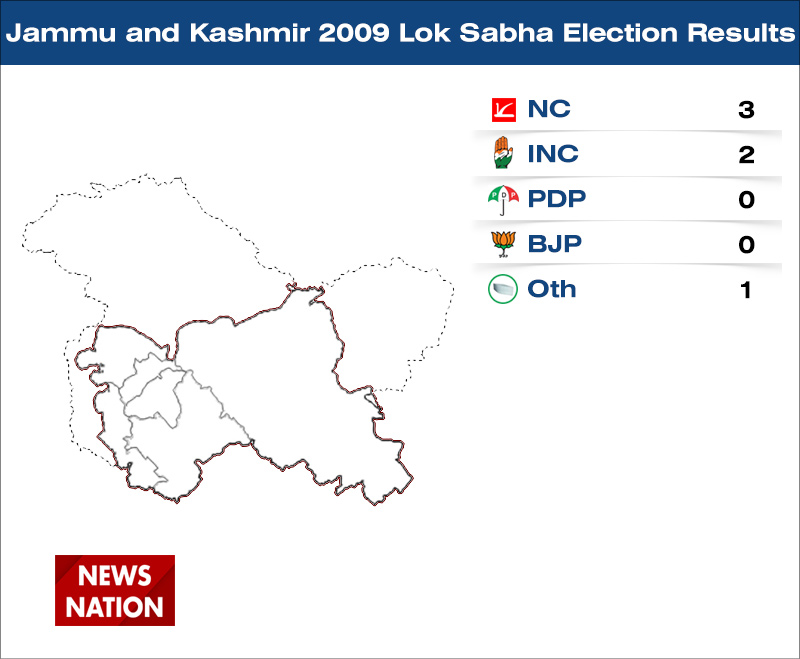 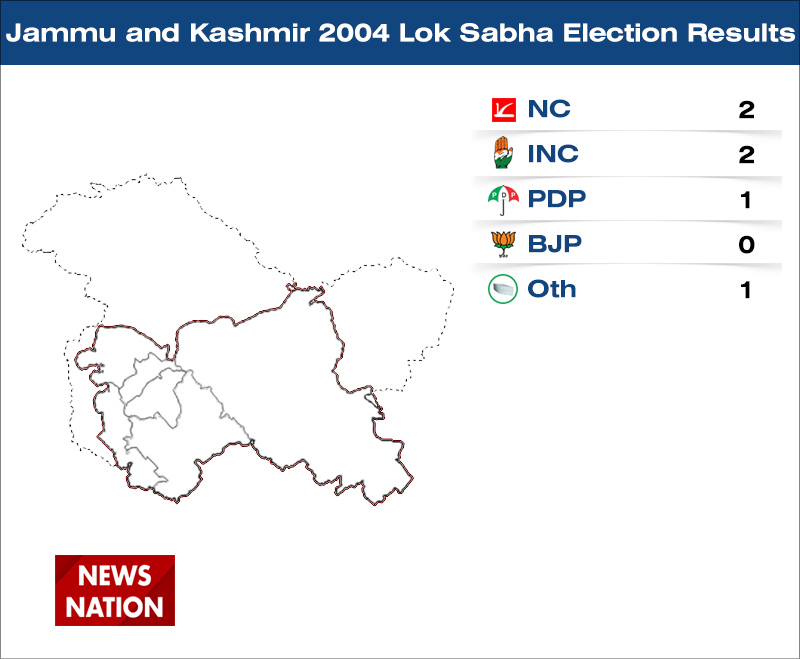 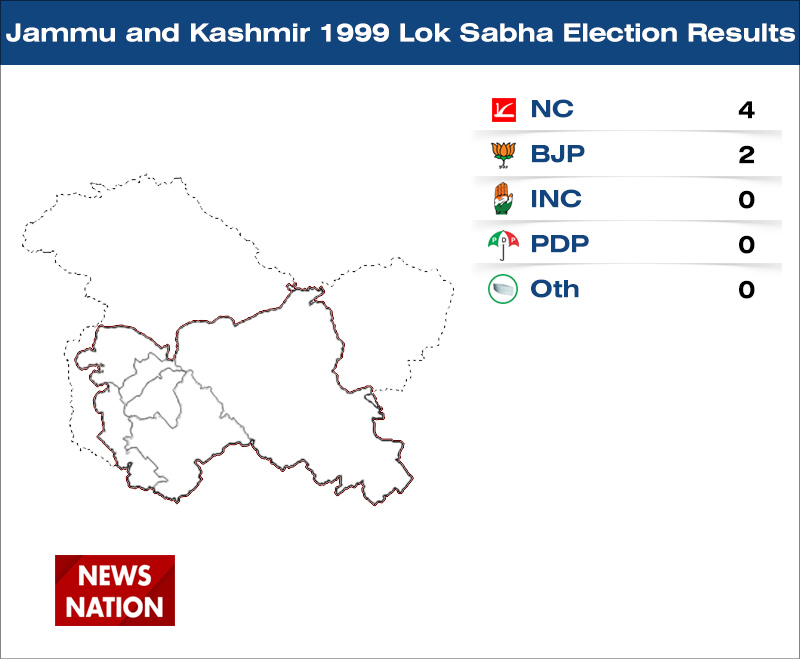 In 1999 Lok Sabha Polls, National Conference won 4 seats and two were won by the BJP. PDP, Congress and independents failed to open their accounts.

Jammu and Kashmir has been under President’s rule since December last year and elections in the restive state have not been held for long now. Governor’s rule was imposed in Jammu and Kashmir on June 19, 2018, after the state plunged into a political crisis when the Mehbooba Mufti-led PDP-BJP coalition government was reduced to a minority as the 25-member BJP in the state withdrew its support.