Lok Sabha Elections Results 2019: Nearly 59 Per Cent Voting Was Recorded For Punjab's 13 Lok Sabha Seats In The Final Phase Of The General Election

The results of Lok Sabha Elections 2019 that was held in seven phases starting from April 11 to May 19 will be announced on Thursday. Nearly 59 per cent voting was recorded for Punjab's 13 Lok Sabha seats in the final phase of the General Elections. According to News Nation's exit poll, the BJP-Akali Dal alliance may lose one seat and settle with five seats only, while the Congress is expected to win seven seats and AAP to win just one seat. However, the poll of polls giving a near-clear majority to BJP-led NDA at the Centre projected 9-10 seats out of 13 for the Congress in Punjab. Here is a look back at what happened in Punjab in 2014 Lok Sabha Elections. In 2014 Lok Sabha polls, the verdict was split between the Akali Dal-BJP, the Congress and a new entrant Aam Aadmi Party (AAP) in Punjab. The Akali Dal-BJP combine emerged as the single largest block in the elections and won 6 seats in the state. Punjab sends 13 members to the lower house of Parliament. The Akali Dal won 4 seats whereas the BJP became victorious on 2 seats. The Akali Dal received 36,36,148 votes with a vote share of 26.4 per cent while its ally the BJP got 12,09,004 votes with a vote share of 8.8 per cent. The Congress received 45,75,879 votes a decent vote share of 33.1 per cent in the state but managed to win just 3 seats of Amritsar, Jalandhar and Ludhiana. Meanwhile, the AAP surprised everyone in the elections with its debut performance and won 4 Lok Sabha seats (Patiala, Faridkot, Fatehgarh Sahib and Sangrur) with a vote share of 24.4 per cent. 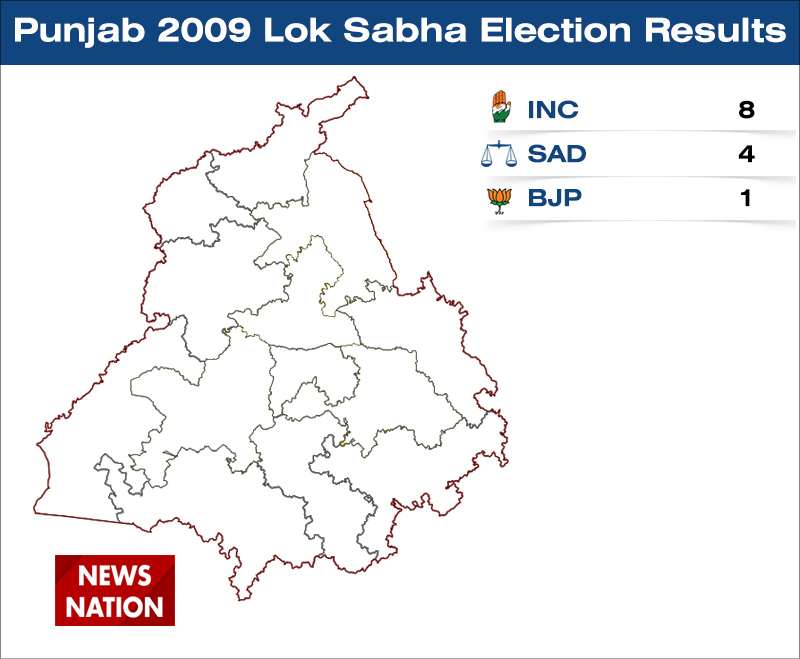 The general election, 2009 in Punjab, occurred for 13 seats in the state. Punjab went for the Lok sabha elections in two phases-7 May and 13 May. Indian National Congress got majority of 8 seats. Shiromani Akali Dal and Bharatiya Janata Party got 4 and 1 seats each respectively. 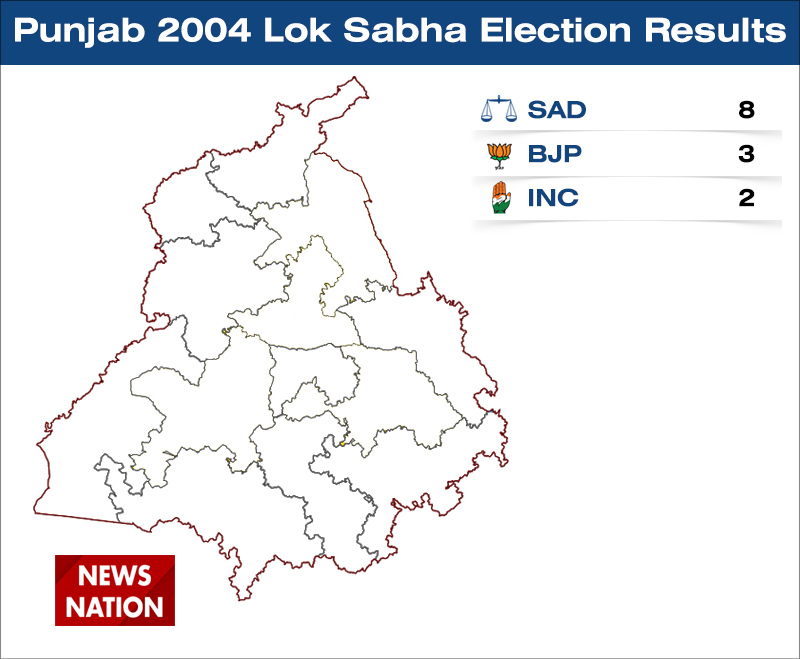 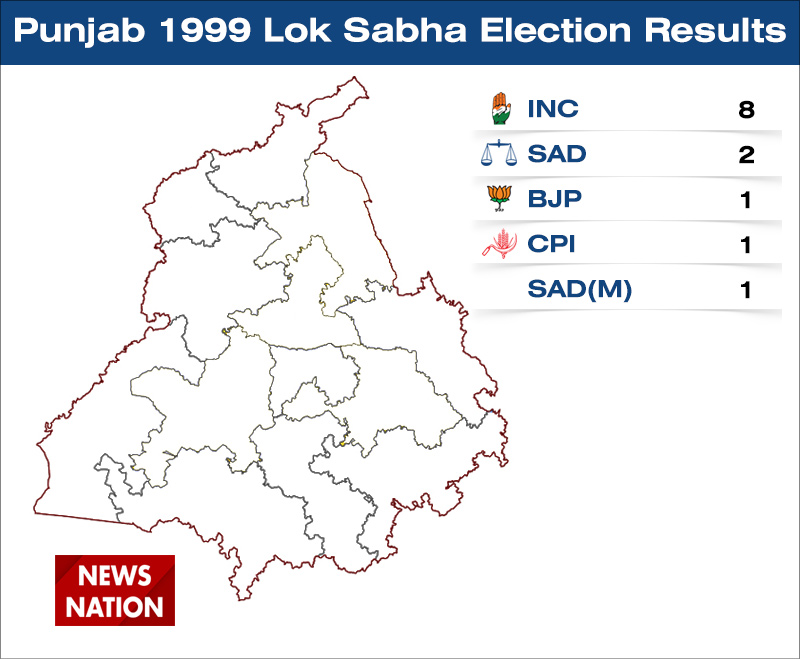