Congress manifesto is made to gather votes of J-K separatists: Ram Madhav

BJP national General Secretary Ram Madhav on Congress manifesto: It appears as if this manifesto has been made to gather votes of the separatists of Jammu and Kashmir. There is no all-India vision in it. It is a manifesto made for vote-bank only.

Andhra Pradesh: JD Lakshminarayana,Jana Sena candidate from Visakhapatnam LS seat,releases manifesto on bond paper; says."I signed on bond paper which features party manifesto for Visakhapatnam. Voters can drag me to court if I fail to fulfil the promises.Our party has such guts" pic.twitter.com/7D3xxN2JhQ

Shatrughan Sinha after joining Congress: I did not take the decision to leave BJP overnight. I've was in the party for 25 years. I saw that this (BJP) govt was a one-man show and two men army, it had turned autocratic.

Andhra Pradesh CM and TDP Chief N Chandrababu Naidu at party manifesto release, earlier today: Laptops will be given to intermediate (+2) students. Unemployment dole will be paid to those who pass out intermediate. We will set up innovation hubs in every city.

BJP releases another list of 28 candidates for Lok Sabha, Assembly and bypolls.

Sonia Gandhi in Delhi: Today we are being taught a new definition of patriotism. Those who do not accept diversity are being called patriots.

Congress releases another list of 5 candidates for Lok Sabha Elections 2019.

Andhra Pradesh CM N Chandrababu Naidu speaking at party manifesto release: Manifestos have become a farce nowadays. Some parties claim that they'll do many things, they don't even know intricacies. But we have a clear vision. We have fulfilled many promises, more than the said ones.

PM Narendra Modi in Sonepur: Actually Congress and BJD use the poor for politics. This is the reason a large part of India including Odisha was under immense poverty for so many decades, this situation was then misused by Maoists.

Generation after generations the Congress was able to give only slogans for the eradication of poverty. People got poorer and their ministers got richer: PM Modi in Odisha.

I have travelled across India and I've seen a wave. But some people can't see this massive wave: PM Modi 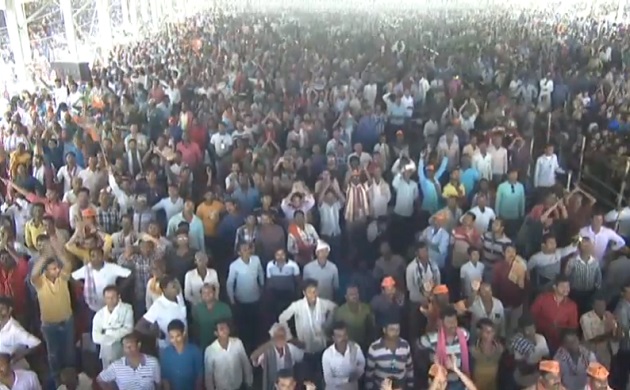 Uttar Pradesh Chief Minister Yogi Adityanath in Hojai, Assam: When China tried to forcefully enter India's borders & threaten our security in Doklam, govt under the leadership of Modi ji displayed strong will power and our soldiers gave China a befitting reply. For the first time, China was forced to retreat.

BSP chief Mayawati is addressing a rally in Roorkee.

K Anis Omer: We met ECI to file a complaint in regards to claims made by UP CM & by Delhi MLA MS Sirsa. They called us terrorists/virus & all kind of things, BJP troll army is behind it. Have asked EC to file FIR, they're going to look into the matter & immediately respond to us.

Indian Union Muslim League’s National Secretary, Khorram Anis Omer after meeting EC Officials: There has been a controversy going on about Pakistani flags being waved at Rahul Gandhi's rally in Wayanad, Kerala, which is false & misleading, & is an attempt to malign both parties. 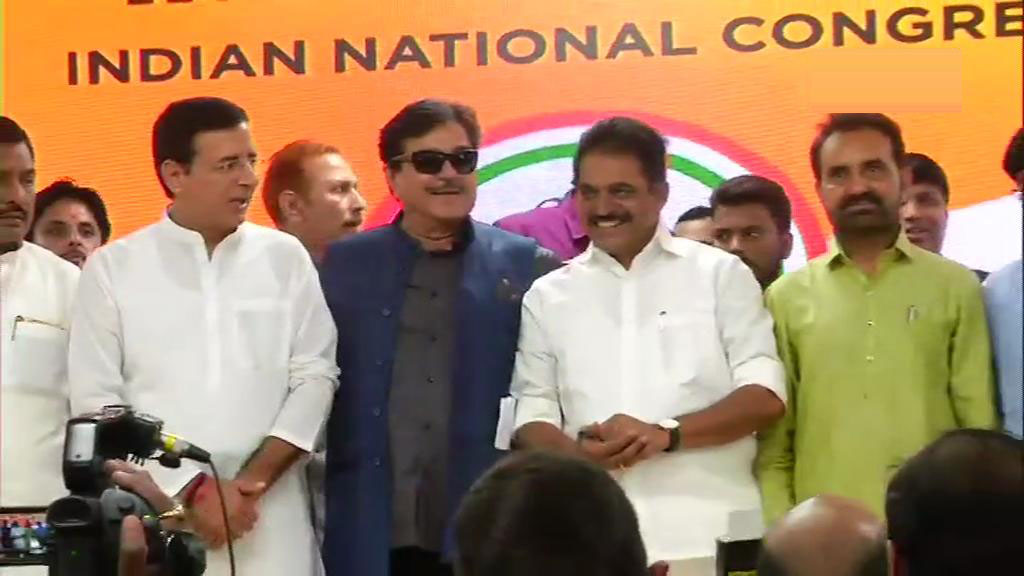 We have well-thought policies and have good intentions. Because of this we have worked for the welfare of the poor, the deprived and the marginalized people of the society: PM Modi in Odisha's Sundergarh.

In Jharkhand, the development has reached every corner. Now, they don't have to migrate to other states. They have options to earn livelihood in their state. This is what happens when you have same govt in the state and the centre: PM Modi

No party ever thought of carrying out air strike and surgical strike. It's indicative of strengthening India. A strong govt is necessary for strong and empowered India: PM Modi

Today, BJP has govt in all four corners of the country. People have embraced the BJP and it's in their heart. It's one of the largest democratic political party. People from all section of the society are becoming part of the BJP: PM Modi in Sundergarh.

Today BJP flag is flying proudly in regions where it was unimaginable at one point of time. BJP is the biggest democratic organization in the world. We are now a strong option to Congress and other parties which were formed from within Congress: PM Modi.

In Kerala and West Bengal, our karyakartas are killed every now and then. However, it doesn't deter BJP karyakartas: PM Modi.

Today is the 40th founding day of BJP. It's not made of borrowed ideology from outside. It has taken birth from the aspirations of the people of India. We aren't based on a family or money. Karyakartas and their hard work have made this party: PM Modi 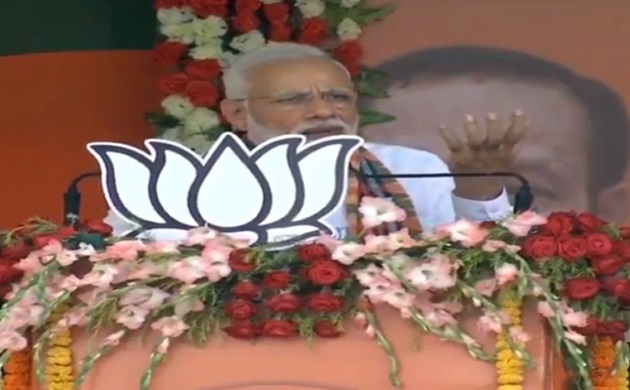 It's not a PM who is visiting Sundergarh. A pradhan sewak of Odisha has come here: PM Modi 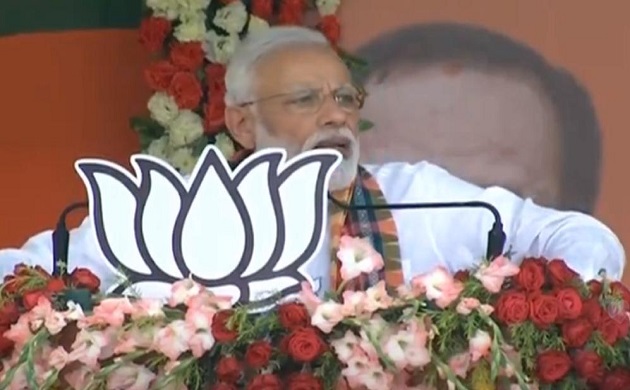 DMK Chief MK Stalin: I have campaigned in nearly 30 parliamentary constituencies till now. I have sensed public mood, they are fed up of Modi in Centre and Edappadi K. Palaniswami government in state and people want to put a full stop to these governments. 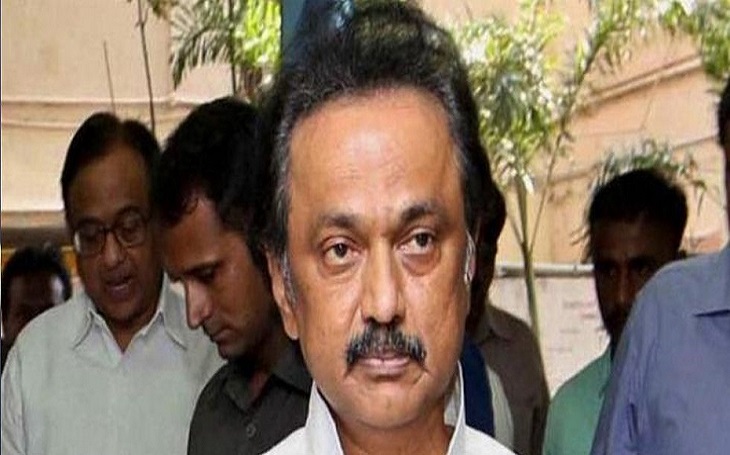 Vivek Oberoi on his film 'PM Narendra Modi': There are very powerful people who have approached courts through their lawyers. They can obstruct us briefly but they won't be able to stop us. The release might have been postponed but we are firm in our resolve. 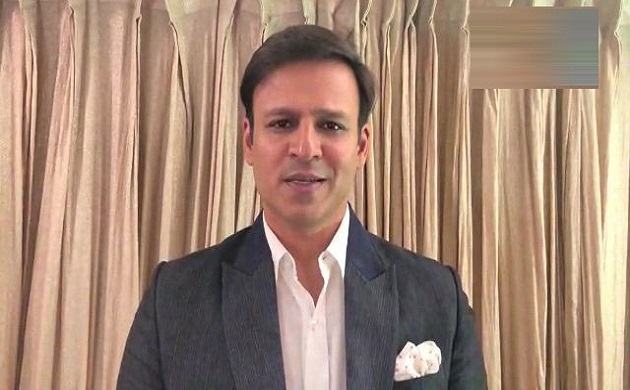 Vivek Oberoi on his film 'PM Narendra Modi': We wanted to release the film on April 5 but some people put us in so many difficulties that we couldn't do it. We are working hard to get the film released on April 11, we have to go to the Supreme Court on Monday.

President of All India petroleum dealers association, Ajay Bansal: The association has decided to give a discount of 50 paisa/litre on petrol & diesel across India on the day of the election. Any voter can avail the discount after showing the voting mark on his/her finger.

Coimbatore: Election Commission's surveillance squad seized 146 kg of gold bars without valid documents from a van near Puliakulam on Friday.

BJP is celebrating its Foundation Day today. Celebrations will begin at the party headquarters in Delhi. 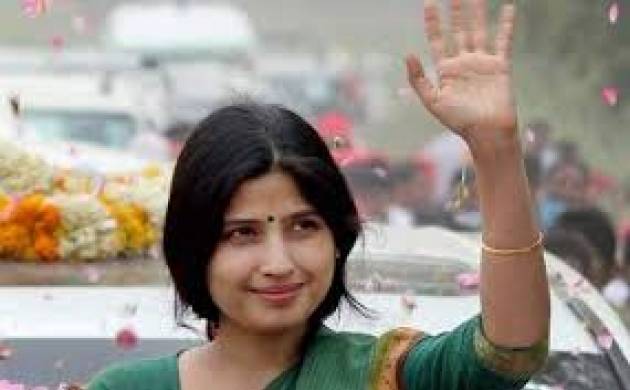 After holding a road show in Uttar Pradesh's Ghaziabad, AICC general secretary Priyanka Gandhi Vadra will hold a road show in Fatehpur today. She could later join brother Rahul Gandhi at his rallies in Uttarakhand. 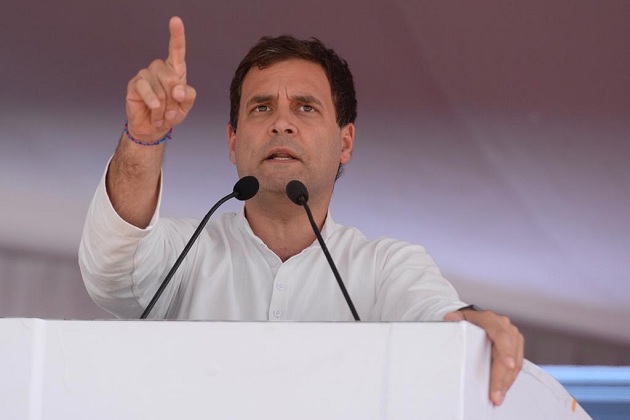 Prime Minister Narendra Modi will address rallies in three states of Odisha, Chhattisgarh and Maharashtra in the run-up to the Lok Sabha elections.