Industry Moguls Such As Mukesh Ambani, His Wife Neeta Ambani And Ratan Tata Are In Front Row.

Narendra Modi began his second term during a glittering oath-taking ceremony at Rashtrapati Bhavan in New Delhi on Thursday. Apart from Prime Minister Modi, 24 Cabinet Ministers, nine Ministers of State (Independent Charge) and 24 Minister of State took oath. Putting an end to all speculations, BJP chief Amit Shah finally joined the Modi government. Biggest miss in the Modi Sarkar 2.0 was Sushma Swaraj. The hint was loud and clear ahead of the ceremony as she sat in the visitor’s gallery and didn’t join the probable ministers at the dais. With Mukesh Ambani, Neeta Ambani, NR Narayana Murthy and Ratan Tata in front row, the oath-taking ceremony went smoothly. The entire ceremony went on for two hours. At 9.01 pm, last minister who took oath was Debasree Chaudhuri. This showed the precision of the officials of Presidential Estate.

Here are the key highlights of Narendra Modi's swearing-in ceremony:

#08:27 pm: In all, nine Ministers of State with Independent Charge have taken oath in Modi government.

#08:17 pm: Ashwini Kumar Choubey is back as MoS. The Bihar lawmaker from Buxar is known for his controversial remarks.

#08:14 pm: Now, all Ministers of State will take oath. First in the list is Faggan Singh Kulaste.

#07:44 pm: Meanwhile, in other news, BJP's official website has been hacked.

#07:40 pm: Education and environment minister in first time, we will know soon what will be role of Prakash Javadekar. He just took oath at the ceremony.

#07:26 pm: The grand celebrations that started on May 23 continues at BJP offices across India. Seen here are the party workers distributing sweets at BJP office in Lucknow.

#07:06 pm: ‘I, Narendra Damodardas Modi, swears in the name of God,’ the moment is here! Modi takes oath as India’s Prime Minister at Rashtrapati Bhavan

#06:55 pm: Ace filmmaker Karan Johar, Bollywood heartthrob Shahid Kapoor and his beautiful wife Meera Kapoor can be seen clicking selfies! We will wait for the EPIC photo in our Insta feed.

#06:49 pm: For those watching the ceremony from the comfort of their homes, please note that the current temperature in Delhi is blistering 42 Degree Celsius. We can see the servers offering chilled water bottles to the guests.

#06:45 pm: Is Sushma Swaraj back as India’s favourite foreign minister? We will know soon. The leader, who didn’t contest the General Election has not joined the probable ministers at the dais. Is this a clear hint?

#04:35 pm: Jitendra, producer and veteran actor on arrival in Delhi to attend PM Modi's oath taking ceremony: It's a historic moment. I'm a big follower of Modiji and an ardent fan. I think the country is in a beautiful hands. I am so happy for my countrymen and happy for myself to be here today. 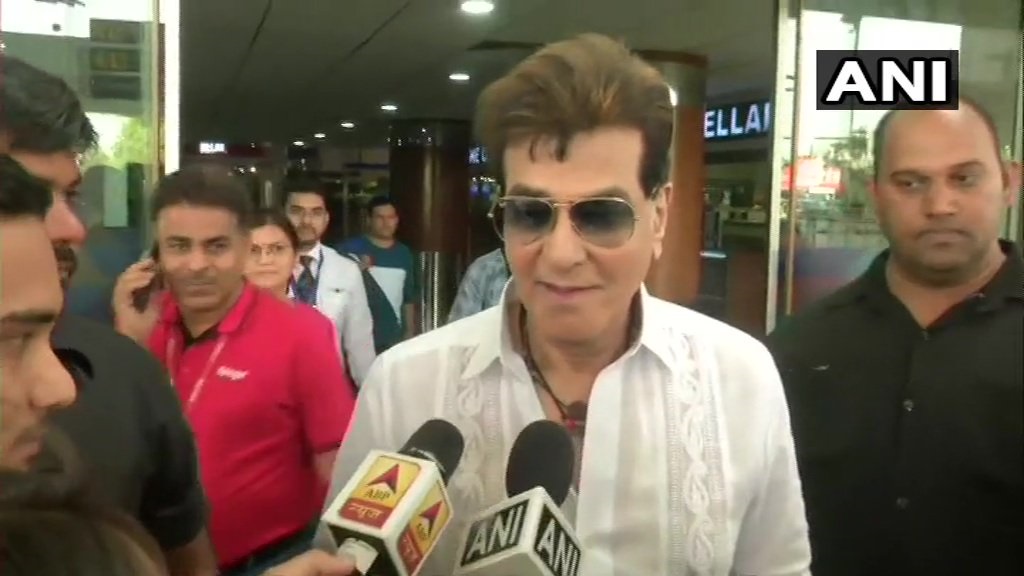 Reached New Delhi to attend the historic Swearing-in ceremony of our Hon PM-Designate @narendramodi ji & his Council of Ministers at Rashtrapati Bhawan, this evening.

#04:13 pm: Arjun Ram Meghwal, BJP: I thank the PM and Amit Shahji for showing trust in me. I thank them on behalf of the people of Bikaner. PM's vision will be significant for India. He had said that we want to remove our tag of developing nation and make India a developed nation.

#04:12 pm: BJP leader Niranjan Jyoti: I have received a phone call from the party president. I express my gratitude to the prime minister for including me in his team.

#04:04 pm: Ministers selected for oath of office will meet PM Modi at 4.30 pm today at his residence: Sources 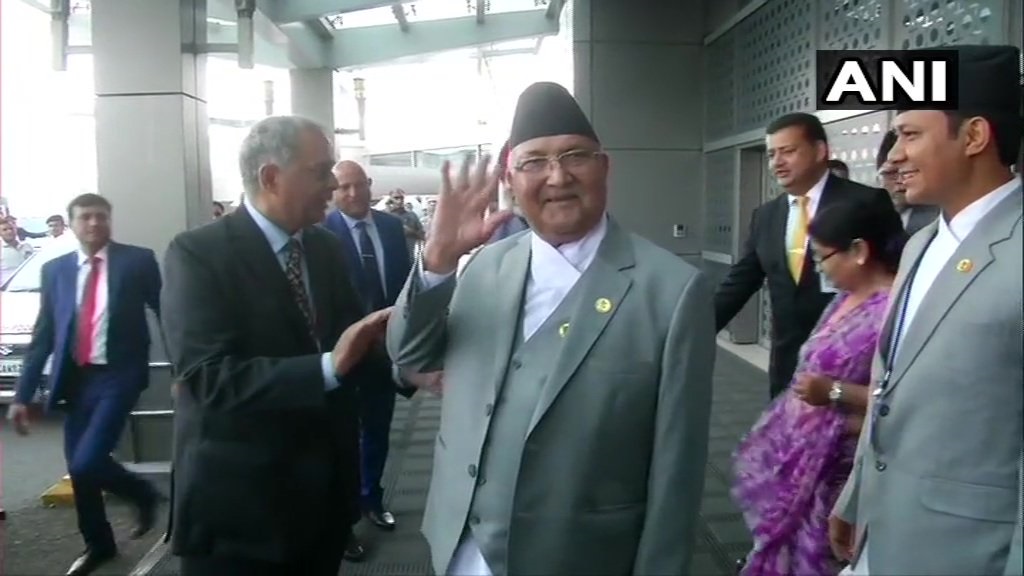 #03:30 pm: Anupam Kher to attend PM Modi's oath ceremony today: It feels good to be a part of a historic event. Development was the focus for this Lok Sabha elections. As citizens of the country, it is time for us to also make our contribution to the country.

#03:26 pm: Santosh Gangwar, BJP not to be a Pro-tem Speaker of 17th Lok Sabha: I can't be the Pro-tem Speaker after becoming a Minister. Someone else will get that post. I will carry out whatever responsibility will be given to me. 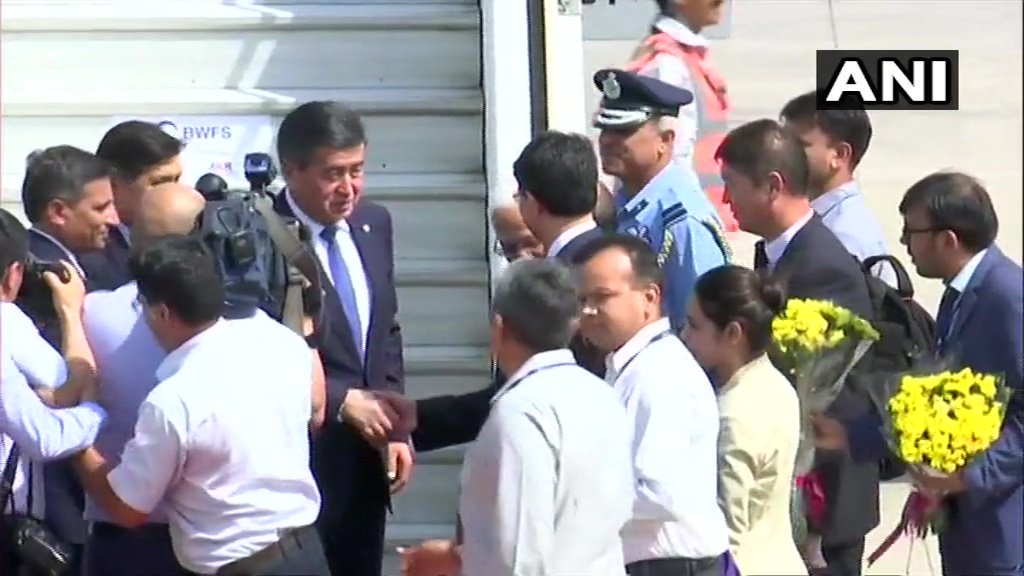 #03:13 pm: Sukhbir Singh Badal, Shiromani Akali Dal (SAD) president on attending the swearing-in ceremony of the PM today: It is a matter of joy that a new govt is being formed. Country needs a strong govt and it is getting one.

#03:07 pm: Debasree Chaudhuri, BJP MP from Raiganj, West Bengal: I am feeling very good, I was expecting the phone call.

#02:47 pm: BJP's Shripad Yesso Naik on geeting an opportunity to be a part of the new government: I want to thank the Prime Minister and party president Amit Shah for again giving me a chance of serving the country by making me a part of the government. I have been invited to the oath taking ceremony, not been informed of the ministry yet.

#01:45 pm: Uttar Pradesh to get lions share in Modi Sarkar 2.0: As Narendra Modi and his new Cabinet take oath on Thursday, Uttar Pradesh is likely to get a lion’s share with most number of ministers from a single state. According to sources, 14 parliamentarians elected from Uttar Pradesh are likely to take oath as minister sin “Modi Sarkar 2.0”. These names included prominent leaders...... Read full story here

#01:18 pm: Rita Bahuguna Joshi reportedly recieves phonecall asking her to be present at the swearing-in ceremony. She is likley to take oath Cabinet minister.

#01:10 pm: DV Sadananda Gowda confirms he will take oath as minister: "I received a call from Amit Shah. He said that I should be there at home office of PM at 5 o'clock&swearing-in ceremony at 7 o'clock. At 5 o'clock PM will have tea with cabinet&other ministerial colleagues&then we'll go to Rashtrapati Bhavan to take oath," ANI quoted him as saying.

#12:58 pm: BJP leaders DV Sadananda Gowda and Giriraj Singh to meet PM Narendra Modi at 4:30 PM today at 7, Lok Kalyan Marg. Both the leaders are in the list of probable ministers.

#12:10 pm: Arjun Ram Meghwal gets the call: BJP MP from Rajasthan's Bikaner, Arjun Ram Meghwal has reportedly received a phone call confirming his ministrial post in the new Modi Cabinet. Meghwal, who was minister in the incumbent Modi government, will once again be trusted for the responsibilty. It was not yet clear what portfolio he will be given.

#11:54 am: Menu for Modi's swearing-in ceremony: Vegetarian fare ranging from samosas to Rajbhog and lemon tarts will be served to degnitaries in the high tea. The dinner will include both vegetarian and non-vegetarian dishes. The signature ‘Dal Raisina’, which take 48 hours to cook is already been cooked and will be served to the guests.

#11:35 am: Only one minister from JDS, name to be out soon: Only one JDU MP will take oath as minister in the new Modi cabinet on Thursday. So far the name of the minister has not been finalised but according to sources, it will be announced soon.

#11:20 am: Mamata can't face families of deceased BJP workers, says Dilip Ghosh: "People have given a mandate against the political killings in the state. She can't face family members of those who were killed due to political violence," ANI quoted Dilip Ghosh, BJP MP from Midnapore and West Bengal BJP president, as saying.

#9:14 am: BJP MP Manoj Tiwari hits Mamata Banerjee for skipping Modi's swearing-in: She should not come either. The way she has used violence in a democracy, she doesn't have the courage to face people at such meeting.

#8:20 am: Probable list of leaders set to take oath as ministers in new Modi Cabinet: BJP president Amit Shah is all set to repalce Rajnath Singh as Home Minister. Singh may be given defence ministry. With Arun Jaitley opting out of the Cabinet, Piyush Goyal is likely to replace him as Finance Minister. Check out the full list of probables here 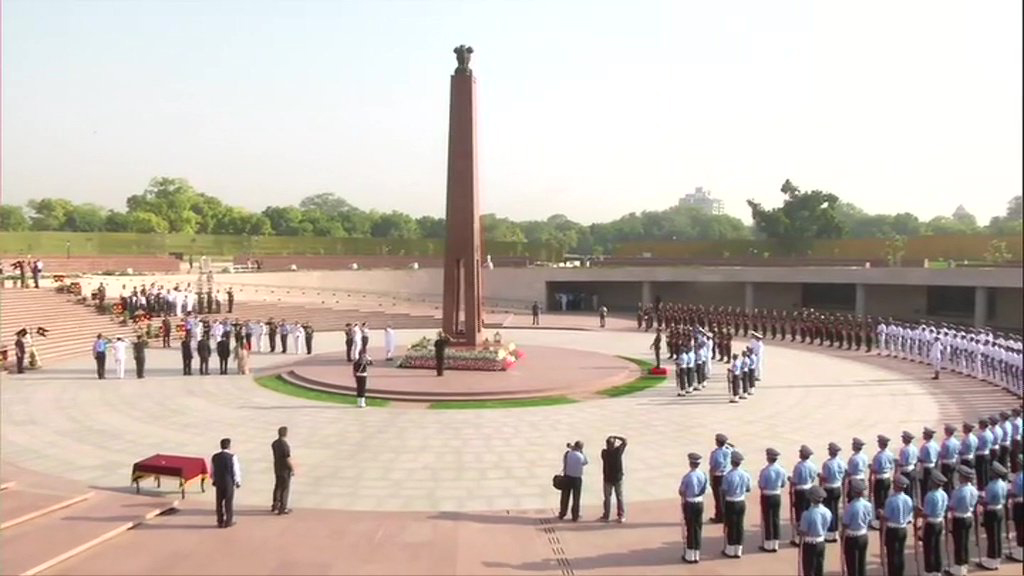 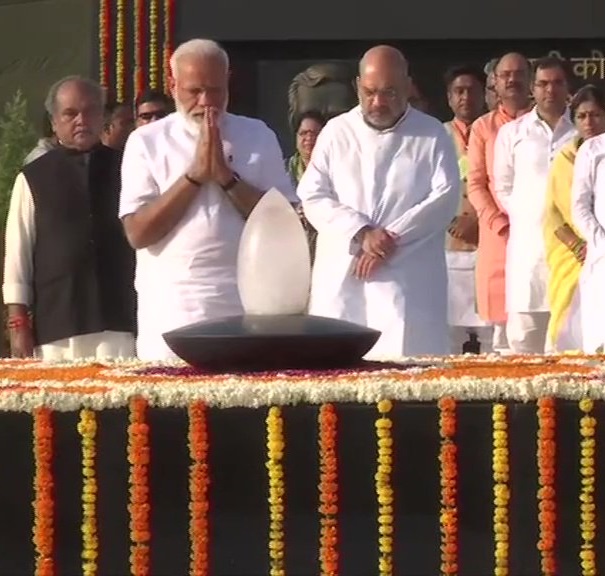 #6:30 am: Foreign degnitaries begin to arrive to take part in Modi's swearing in ceremony: Pravind Kumar Jugnauth, Prime Minister of Mauritius, arrives at IGI airport; received by Foreign Secretary Vijay Gokhale. He will attend the swearing-in-ceremony of Narendra Modi as the Prime Minister later today.