The Opinion Poll Comes Months Ahead Of The Much-awaited Lok Sabha Elections.

With the Lok Sabha elections just months away, people are curious to know if Narendra Modi-led BJP government continues to rule at the Centre, or an upbeat Congress manages to turn the tide.

News Nation conducted an opinion poll in Bihar and Jharkhand to know the people’s view about the current dispensation and also their choice for the prime ministerial post.

The BJP, in alliance with the JD(U) and the LJP, is currently at power in Bihar and it hopes to gain big in the upcoming polls owing to the popularity of Chief Minister Nitish Kumar and PM Modi.

However, the NDA is expected to face tough competition from RJD-led Opposition Grand Alliance, which is also in talks with the Congress for the final agreement. 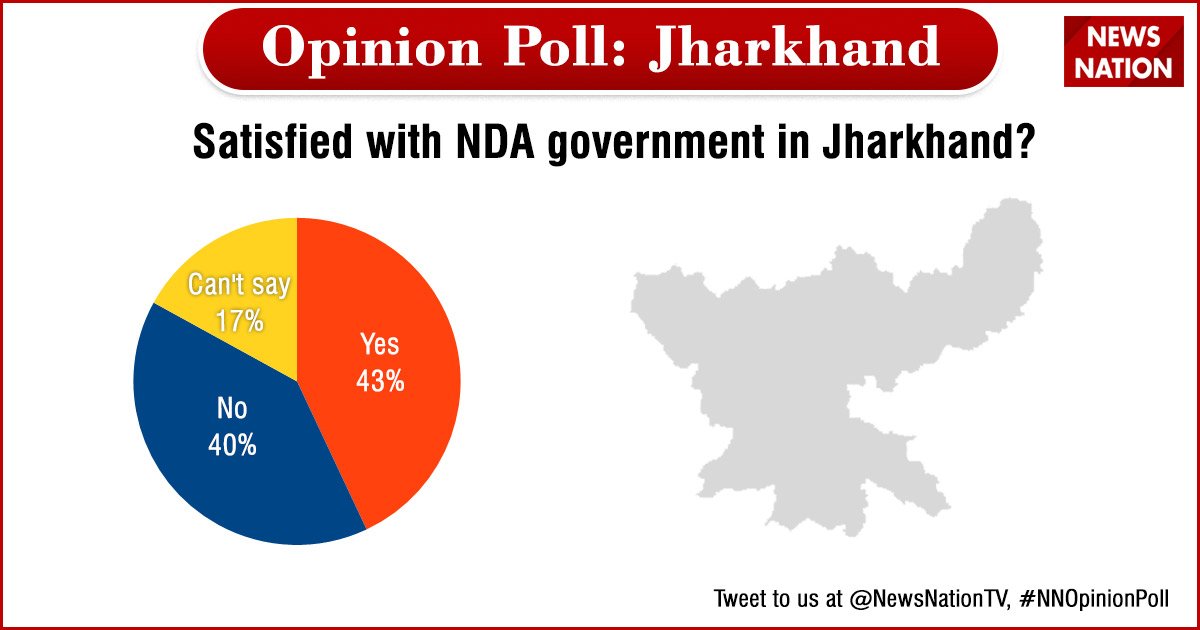 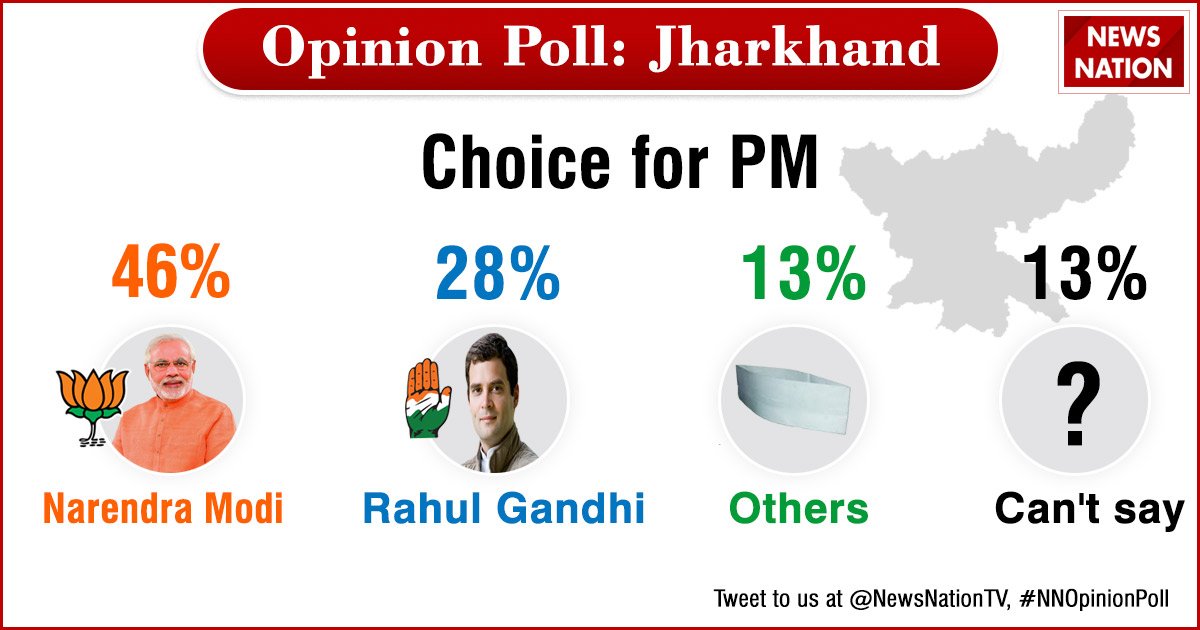 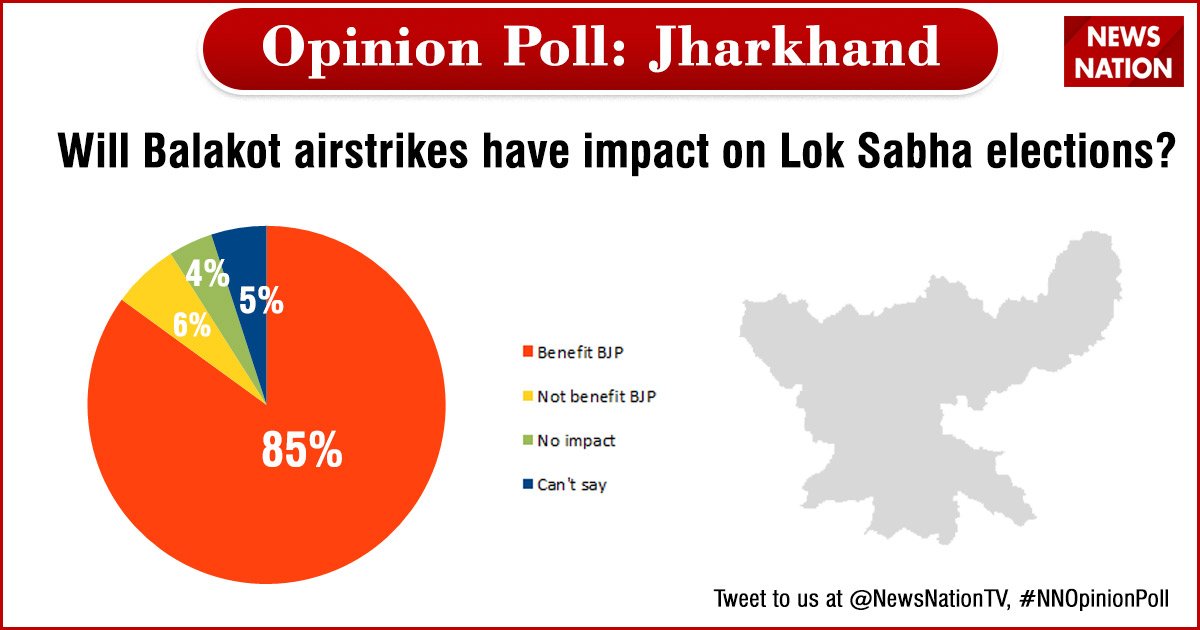 In Jharkhand, the NDA is likely to win 10 seats while the UPA will be able to garner only 4 seats, according to the opinion poll. 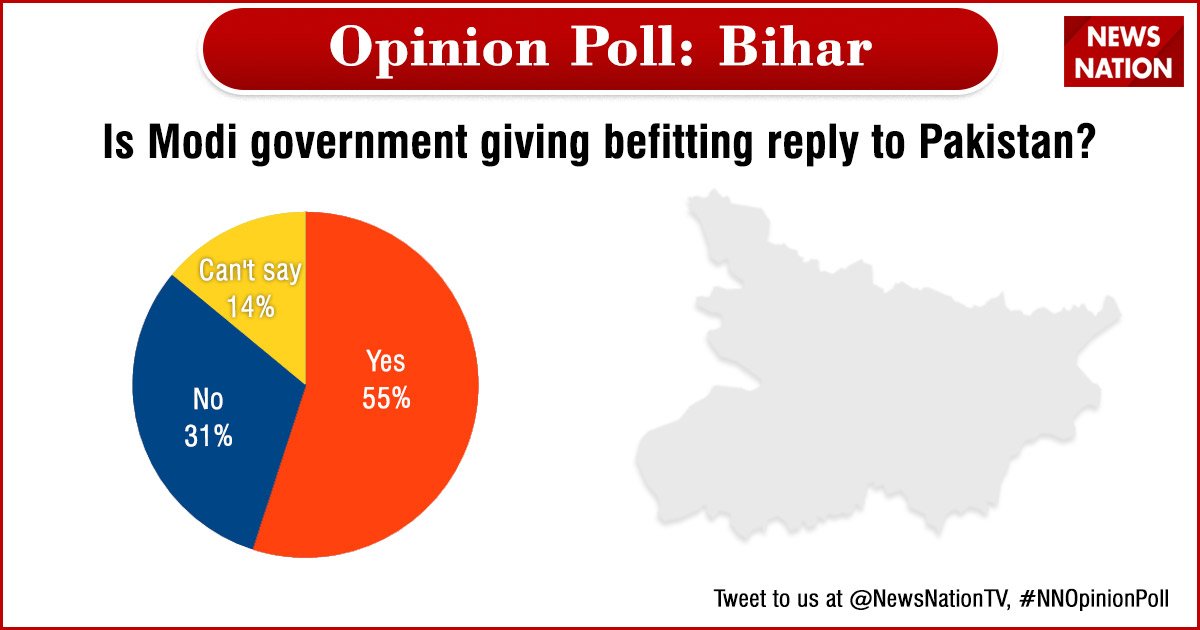 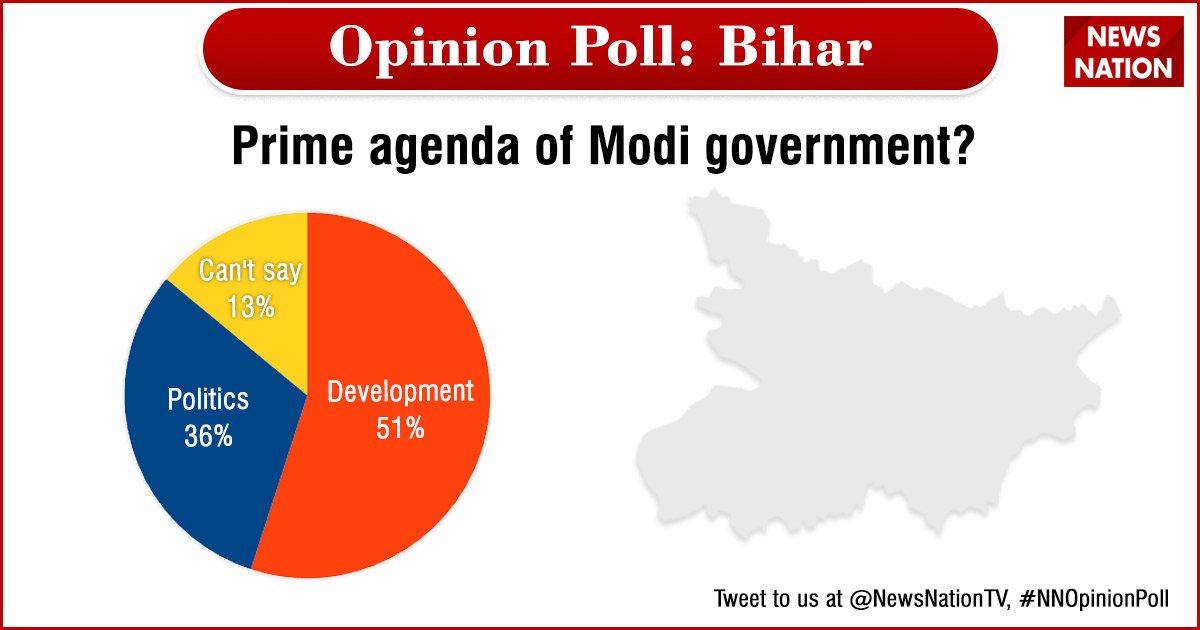 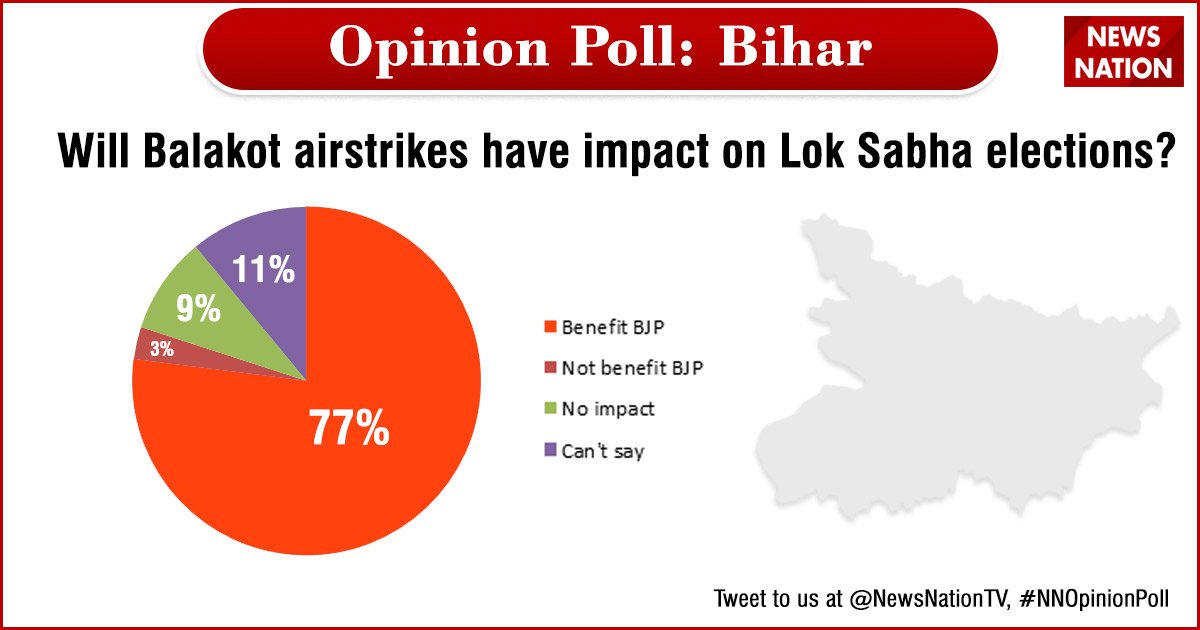 A staggering 77 out of the 100 respondents in Bihar said that the IAF strike in Pakistan will benefice the BJP in the upcoming Lok Sabha elections. 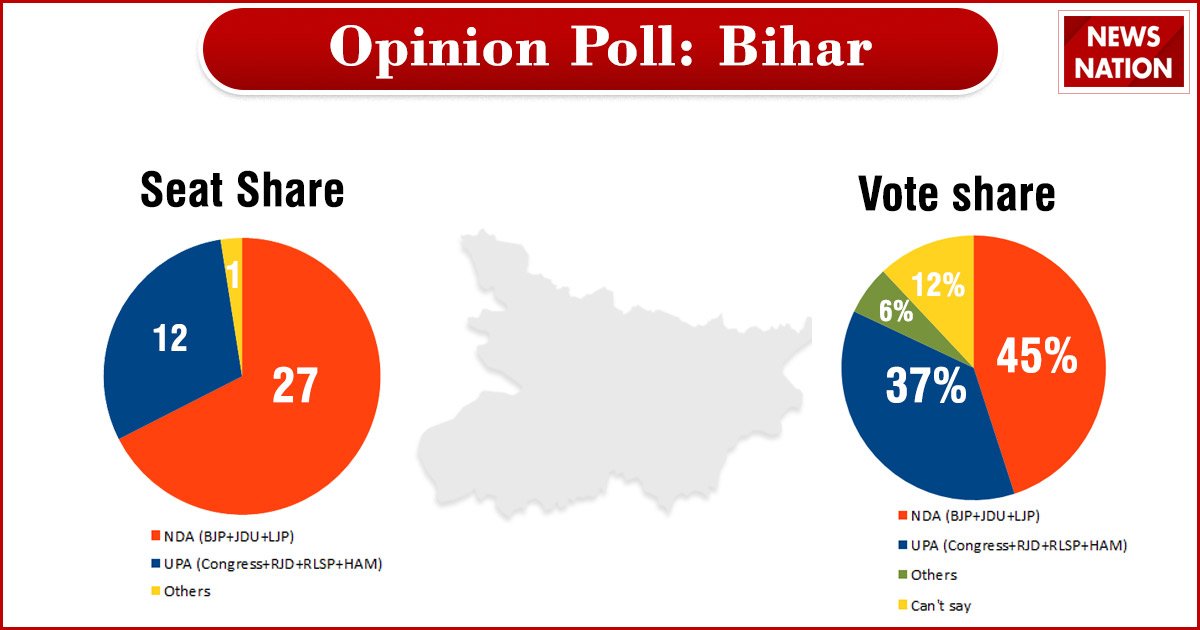 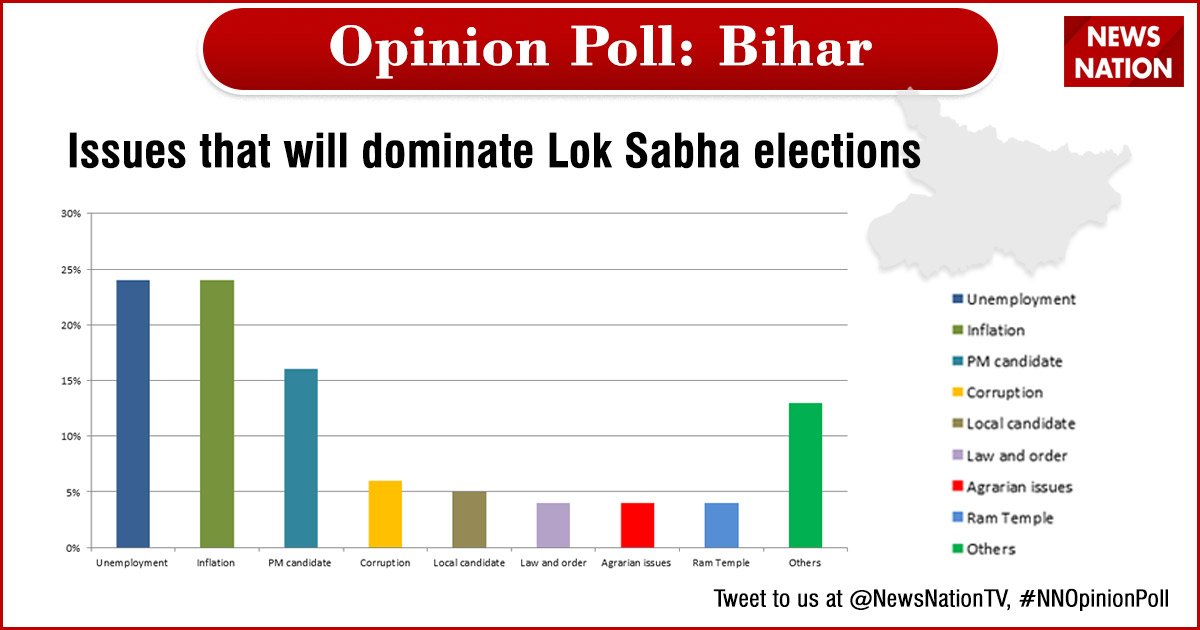 According to the opinion poll, the BJP is expected to win 27 of the 40 seats in Bihar, while the UPA will be able to garner only 12 seats.

The opinion poll is being broadcasted live on News Nation TV. Catch LIVE updates on Bihar and Jharkhand.

The opinion poll will give an idea whether the people of Jharkhand are satisfied with the performance of the Raghubar Das-led BJP government or will they vote for the Congress-JMM combine.

Along with allegations of corruption and job crisis, the BJP has been struggling with the issue of dissenting allies. Upendra Kushwaha's RLSP recently walked out of the NDA and joined hands with the RJD-led grand alliance.

The survey will give a slight idea of the people's mood in Bihar and Jharkhand -- the two states whic are currently ruled by the BJP.