Opinion Poll: Congress-DMK likely to have edge on BJP-AIADMK alliance in Tamil Nadu

The Opinion Poll Will Give An Idea Of The Voter's Mood Ahead Of The Lok Sabha Elections.

Will the Narendra Modi-led NDA government retain power at the Centre or will the Congress, under the leadership of Rahul Gandhi, be able to turn the tide? This question is raising the anxiousness of every voter’s mind.

At this time, News Nation has come up with its Opinion Poll conducted across the nation, to give an indication of the voter’s mood and also if they are satisfied with the work done by the current dispensation in the last five years. 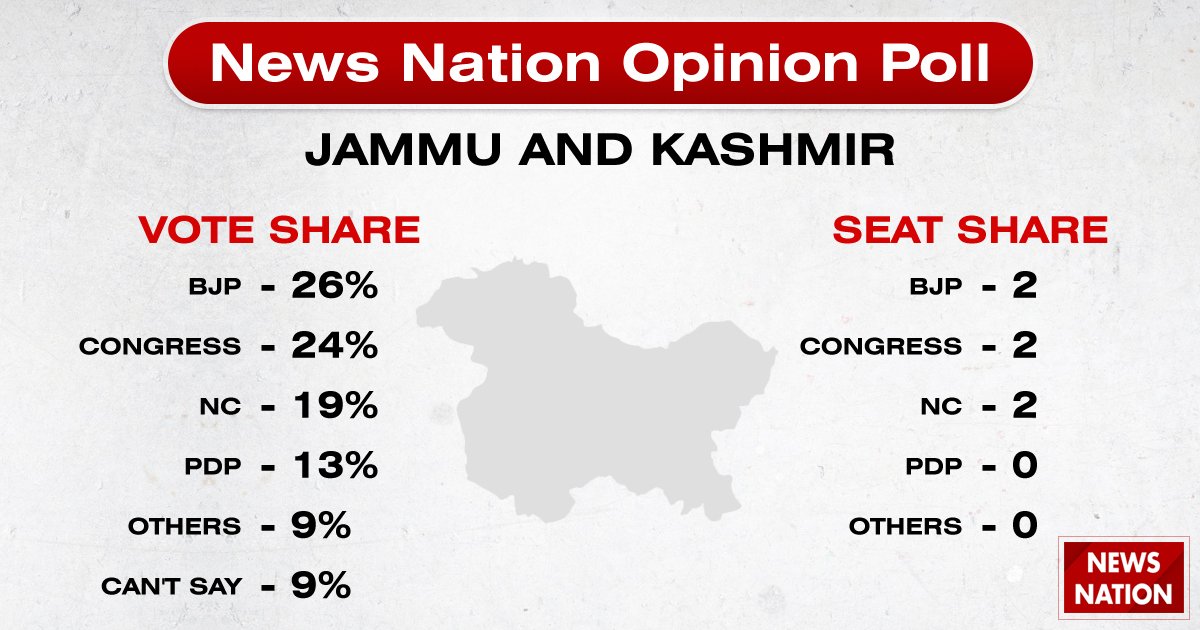 What will be the major issue while voting in the Lok Sabha elections?

Is there any validity in the charges levelled by Rahul Gandhi on Modi government on the Rafale fighter jet deal? YES - 39%, NO - 44%

The NDA is likely to win on 278 seats while the Congress-led UPA would claim victory on 128 seats, as per the survey.

As per the opinion poll, the NDA is expected to garner a vote share of 35 per cent while the Congress will gather 28 per cent votes.