Manoj Tiwari Also Confirmed That The Two Had Indeed Met On Sunday.

In what can be seen as a major blow to the Congress, photos of popular Haryanvi performer Sapna Choudhary who denied joining the Grand Old Party, surfaced on Sunday where she was dining with Delhi BJP chief Manoj Tiwari. In Sunday's press conference where she denied joining the Congress, she mentioned that she had met Tiwari as their friendship goes back to a long time.Â However, when asked if this meant she was joining the BJP, she said nothing is on the agenda right now.

Manoj Tiwari also confirmed that the two had indeed met on Sunday. 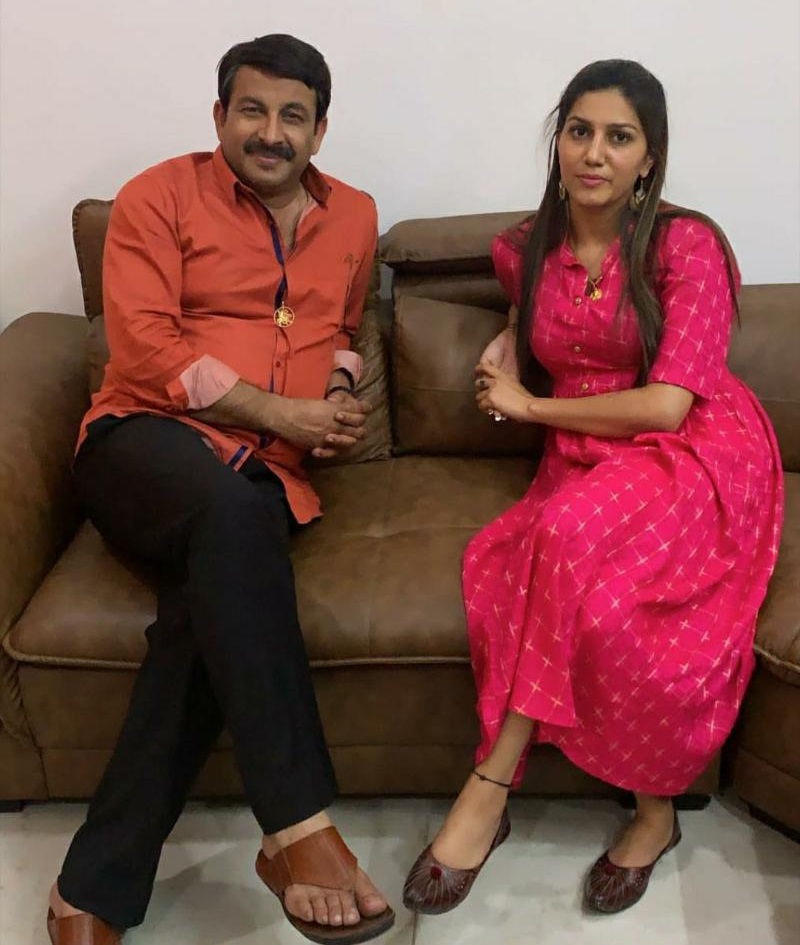 It is also interesting to note that Sapna is seen wearing the same outfit at dinner with Tiwari that she wore to the press conference.Â

"I have not joined the Congress party. The photograph with Priyanka Gandhi Vadra is old. I am not going to campaign for any political party," the agency quoted her as saying.

Earlier, there were reports that Choudhary will contest against the Bharatiya Janata Party's Hema Malini in Mathura constituency. Party sources had said that Mathura has dominant Jat presence and Choudhary comes from the same background. Hence, she is the perfect candidate for the prestigious poll war.

The dancing sensation from Haryana, who rose to fame with her â€˜aakhya ka yo kaajalâ€™ song, recently donated Rs 2 lakh to the families of Pulwama martyrs. Apart from her viral video, Choudhary is also known for her brief stint in popular TV show â€˜Bigg Bossâ€™ in 2017.

Her popularity can be gauged from the fact that Choudhary beat Deepika Padukone and Radhika Apte in the list of â€˜most searched women online in 2018â€™. With 1.7 million followers, Choudharyâ€™s glamorous makeover was one of the major Instagram trends in 2018.

Choudhary has a huge fan following and most of her shows are jam packed. In February, her song â€˜Chetakâ€™ crossed 80 million views on YouTube. Some of her other superhit songs include â€˜Teri Aakhya Ka Yo Kajalâ€™, â€˜Mera Chand,â€™ â€˜Laad Piya Keâ€™ etc.