The BJP Has Formed An Alliance With The Shiromani Akali Dal In The State, Fighting Three Parliamentary Seats From Amritsar, Gurdaspur And Hoshiarpur.

Bollywood actor Sunny Deol joined the BJP on Tuesday in the presence of Union Ministers Nirmala Sitharam and Piyush Goyal. He is likely to be fielded from Punjab's Gurdaspur constituency. “The way my father (film star Dharmendra) was attached with Atalji, today I have come to join Modiji. Whatever I can do for this family (BJP), I will do it... I won’t talk, I will show you through my work,” Deol said while addressing the media at the Bharatiya Janata Party office here.

Sunny Deol had met with Bharatiya Janata Party (BJP) president Amit Shah at Pune airport on April 19, giving rise to speculations of his entry into politics. The BJP has formed an alliance with the Shiromani Akali Dal in the state, fighting three parliamentary seats from Amritsar, Gurdaspur and Hoshiarpur.

The 62-year-old actor's father Dharmendra had represented the BJP and contested the 2004 Lok Sabha elections from Rajasthan's Bikaner and emerged victorious. Sunny Deol's step-mother and actor Hema Malini represents Mathura for the BJP and has been active in politics. 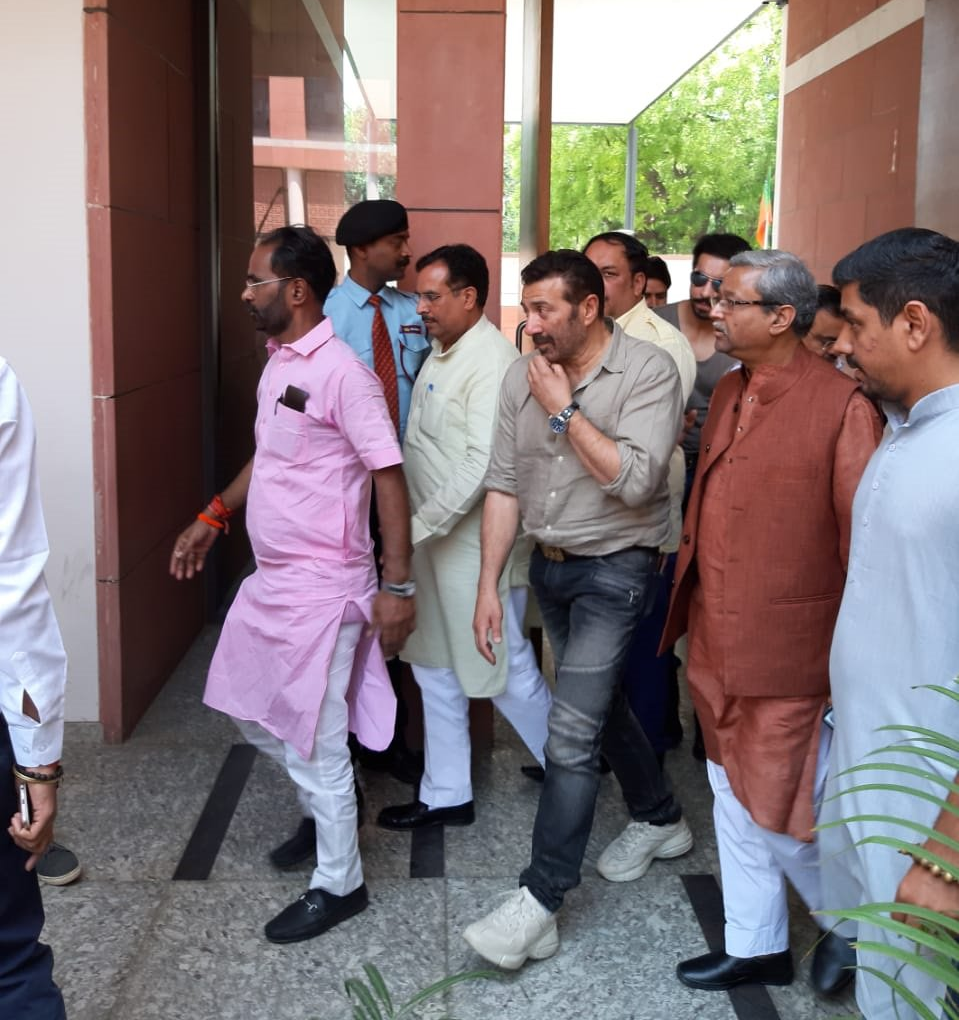 Sitharaman said,”The moment we got to know that he is coming to the party, I can only relate to the film Border he had made, post which the impact on the Indian audience of such a theme was really proven... The feeling of nationalism and patriotism, when so beautifully evoked through a film, can really touch the core of Indian citizen.”

Deol understands the pulse of people and was inspired by the work done by Prime Minister Narendra Modi, who is serving the cause of the people, and keeping India’s glory high, she said.

He is an artiste of such eminence who make films beyond commercial considerations on the themes that are important for the country, Sitharaman said.

Gurdaspur Lok Sabha seat in Punjab was represented by the late Vinod Khanna from BJP. Punjab will to go to polls on May 19. The results of the seven-phase Lok Sabha elections will be announced on May 23.