The Bollywood Actor Joined The Congress In Presence Of Party Chief Rahul Gandhi On Wednesday.

Newly inducted into the Congress fold, Bollywood actor Urmila Matondkar will contest from the Mumbai North constituency in Maharashtra, Mukul Wasnik, the general secretary in charge of the Central Election Committee said on Friday. A day after joining the Congress, Matondkar lashed out at Narendra Modi-led government saying that there has been a rise of hatred and extreme intolerance during its five-year term.

"Under the current regime, there has been a rise of hatred and extreme intolerance towards everything and everyone in the last five years. It has grown by leaps and bounds. What is happening now is unacceptable,” Matondkar had said on Thursday.

Mumbai's six Lok Sabha constituencies will vote on April 29 along with 17 others in the state's fourth phase of polling. If nominated, Matondkar's formidable rival would be BJP incumbent MP Gopal Shetty in the constituency that was once regarded a saffron party bastion. 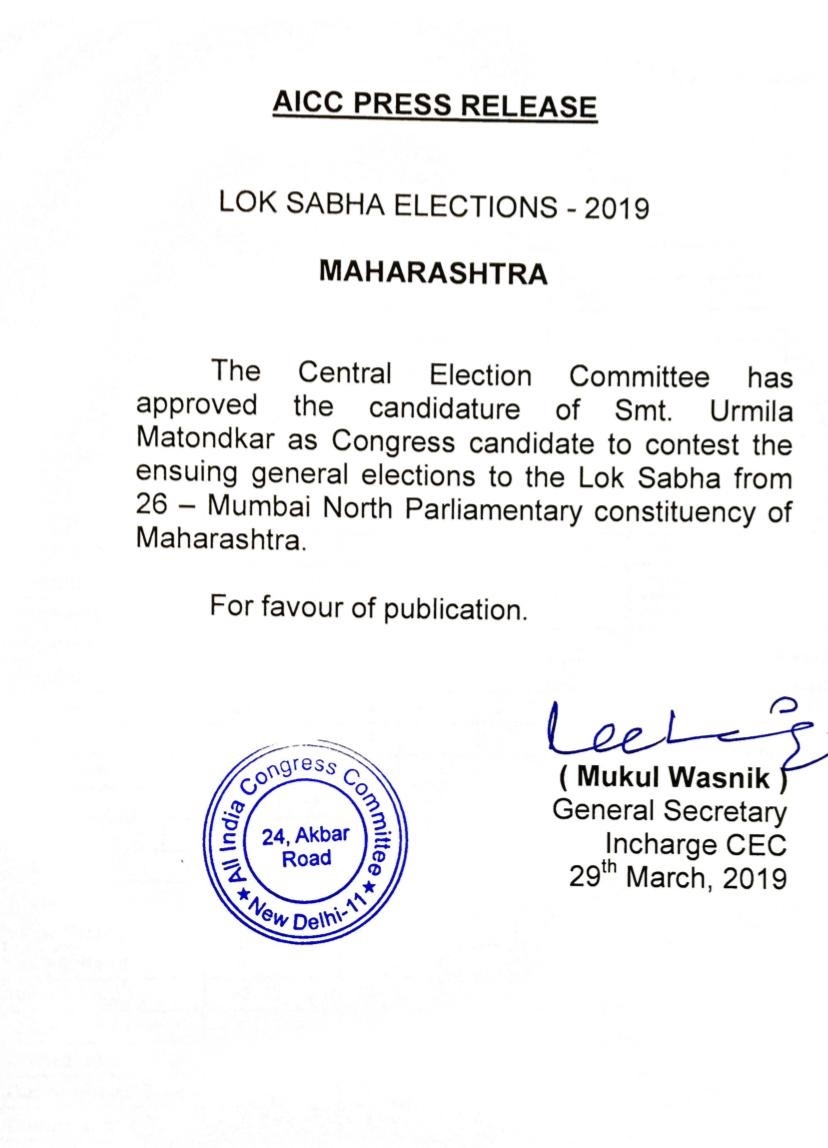 Matondkar began her career as a child star aged seven in a Marathi film, Zaakol (1980). She stepped into Bollywood with her role in the Shashi Kapoor-Rekha-starrer Kalyug (1981).

It was the highly-acclaimed Shekhar Kapur-directed film, ‘Masoom’ (1983) that catapulted her to fame as a child actress and significantly boosted her film career.

Besides, she has acted in Marathi and South Indian language films and several television serials.