In a massive procession, en route to the collector’s office, Kumar garlanded and paid tributes to renowned Hindi poet Ramdhari Singh Dinkar, who hailed from Begusarai district, which he later posted on Facebook and captioned by the bard which imply until the disparity between man and man is not eradicated, the noise shall not cease, the struggle shall not lose intensity.

Bollywood star, Swara Bhaskar who is also a graduate of Jawaharlal Nehru University while addressing the crowd said, "It is a rather unusual way of spending one's birthday. But Kanhaiya is a friend and I think he is fighting an important battle on behalf of us all. If he wins, it will be a victory for Indian democracy." Coincidentally it was Swara’s birthday too.

"I have never been part of a political campaign before so I literally have no idea what to expect. "Kanhaiya raises issues that concern all Indians -- issues like the threat to the Constitutional values and to the Constitution of India, unemployment, the rise of mob violence, the need for social justice and the need to focus on issues that will better the lives of all Indians. I think as responsible and patriotic Indians we should all feel aligned to this ideology/or thought process," she added," the 30-year-old actor was quoted as saying.

Shehla Rashid also appealed to people of Begusarai to elect Kanhaiya Kumar as their representative. Kumar, who was then the JNUSU president, was booked for sedition following complaints that at a gathering organized inside the varsity premises in protest against the capital punishment awarded to Parliament attack accused Afzal Guru, anti-India slogans were allegedly raised. 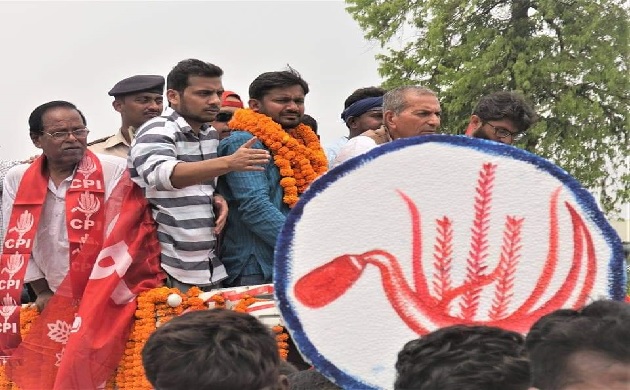 Lok Sabha elections will begin on April 11 and polling would be held over seven phases through May 19, followed by counting of all votes on May 23. The assembly elections in four states – Andhra Pradesh, Sikkim, Odisha and Arunachal Pradesh – will be held simultaneously with the Lok Sabha polls. Assembly polls in Jammu and Kashmir will not be held along with the general elections.