A Fresh Report Suggests That Paras Has Sent A Letter To Girlfriend Akansha Puri, Assuring Her That It Is All For The Game.

Paras Chhabra and Mahira Sharma in Bigg Boss 13 house are like chips and cheese, inseparable. Their bond has gone through the test of time several times but has come out stronger. Paras’s closeness to Mahira not just made Shehnaaz jealous  it also was a bone of contention for Paras’ real life girlfriend Aakansha Puri who first took his side and then went on to unleash her wrath on the reality TV star.

After a friendship bordering on romance with Shehnaaz Gill, Paras moved on to Mahira and has remained with her ever since but seems like he has finally understood that his activities inside the house is bothering people associated with him outside the house. A fresh report suggests that Paras has sent a letter to girlfriend Akansha Puri, assuring her that it is all for the game.

A Pinkvilla report quoted a source as saying, “Paras sent a letter to Puri in which he has said that the show likes the love angle and hence he is ‘using’ Mahira as his bait as she can be easily manipulated unlike Shehnaaz who is a stronger candidate and can flip anytime. Mahira is a ‘pyada’ for him to survive in the show and be noticed.”

However, as per the rules of Bigg Boss, contestants are not allowed to contact anyone from the outside world during their stint on the show, we cannot vouch for the reports.

Paras is often seen getting cosy with Mahira on the show. Earlier, Akansha had reacted saying, “We are not teenagers to get jealous or affected by such petty things. I want to be his strength and not weakness. I don’t have any qualms even if he is flirting with anyone as I know about his strategy and game plans. I know he is mine and I don’t need to worry about anything. 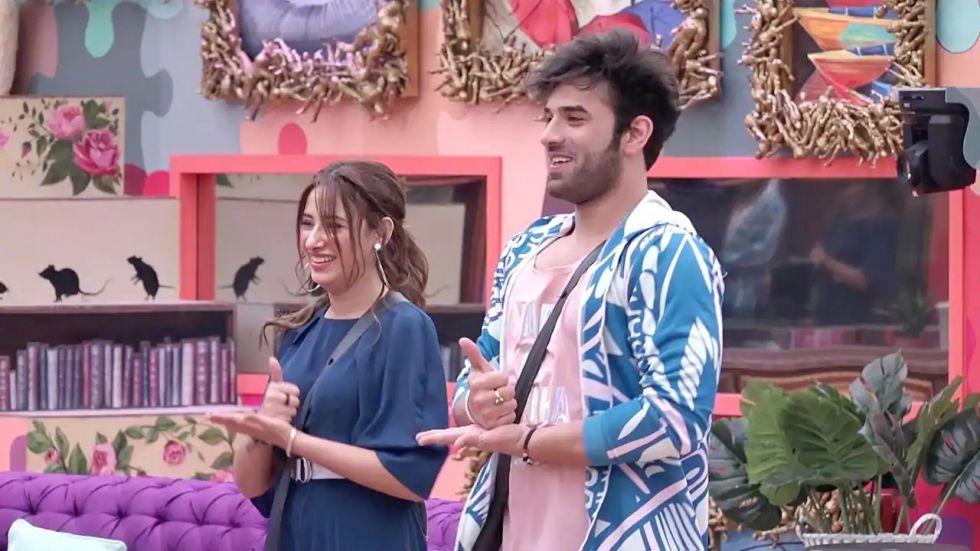 However, after Paras was seen showering Mahira with kisses after their playful fight, Puri went on to doubt their relationship of three years. In an interview with India Forums, Akanksha said, ''Now, even I have started doubting that he has been either playing there for three months or playing with me from three years. I guess my suggested idea is proving heavy to me. Still, I want to wait for him to come out and talk as he left on a very different note. I don’t want to jump to any conclusion.''

Also Read: Bigg Boss 13: Mahira Sharma’s Mother Says ‘She is not In Love With Paras Chhabra’

Earlier on Bigg Boss 13, Paras had said that he was forced to get Akanksha's name inked on his wrist. In a conversation with Arhaan Khan, he said, ''Kyun maine tattoo banwaya, yeh reason nahi pata tujhe? I was mindf**ked toh I had to, ki chal tu shaant ho jaa (You know the reason why I got the tattoo? I was mindf**ked and I had to, to calm her down),'' he said, adding that she would constantly ask him to prove his love and commitment towards her.

Only the end of Bigg Boss will tell if Paras is indeed in love with Mahir or is faking it to ace in the game.