Ever Since Bigg Boss 13 Was Launched On September 29, It Has Been Witnessing A Lot Of Controversies And Drama.

Ever since Bigg Boss 13 was launched on September 29, it has been witnessing a lot of controversies and drama. Since day 1, the show has been facing wrath of the audience because all the girls have to share their beds with men they don't know. Even the tasks being given on the show are not going down well with the audience and people on social media are questioning if this is an attack on the Hindu culture.

Following this, the Confederation of Indian Traders (CAIT) has issued a letter addressing Prakash Javadekar, Minister of Information and Broadcasting, demanding a ban on Salman Khan’s reality show.

An excerpt from the letter says, ''It is an open fact that the show Bigg Boss has always remain in controversy and is habitual of offending values of our great nation. The content of the show are always highly objectionable and incite the people. In the current show the concept of ‘Bed Friends Forever’ is highly deplorable against all moral ethics of television world. The makers of the show have forgotten that it is the prime time slot on TV when this show is telecasted and people of all age watch the show. The current show has crossed all limits of ethics and values. Not only the show but even the various tasks given to contestants have also crossed human and cultural values. The contents of the show are highly cheap in nature and ought not to be telecasted on the National TV channel which is watched in household.''

''We strongly urge you to take immediate steps to impose ban on Bigg Boss 13 as an interim measure and it should be allowed to continue the show only when each episode is duly certified by the Censor Board, eliminating the element of vulgarity to the extent that it can be watched in a homely atmosphere having viewers of all age groups,'' the letter further stated. 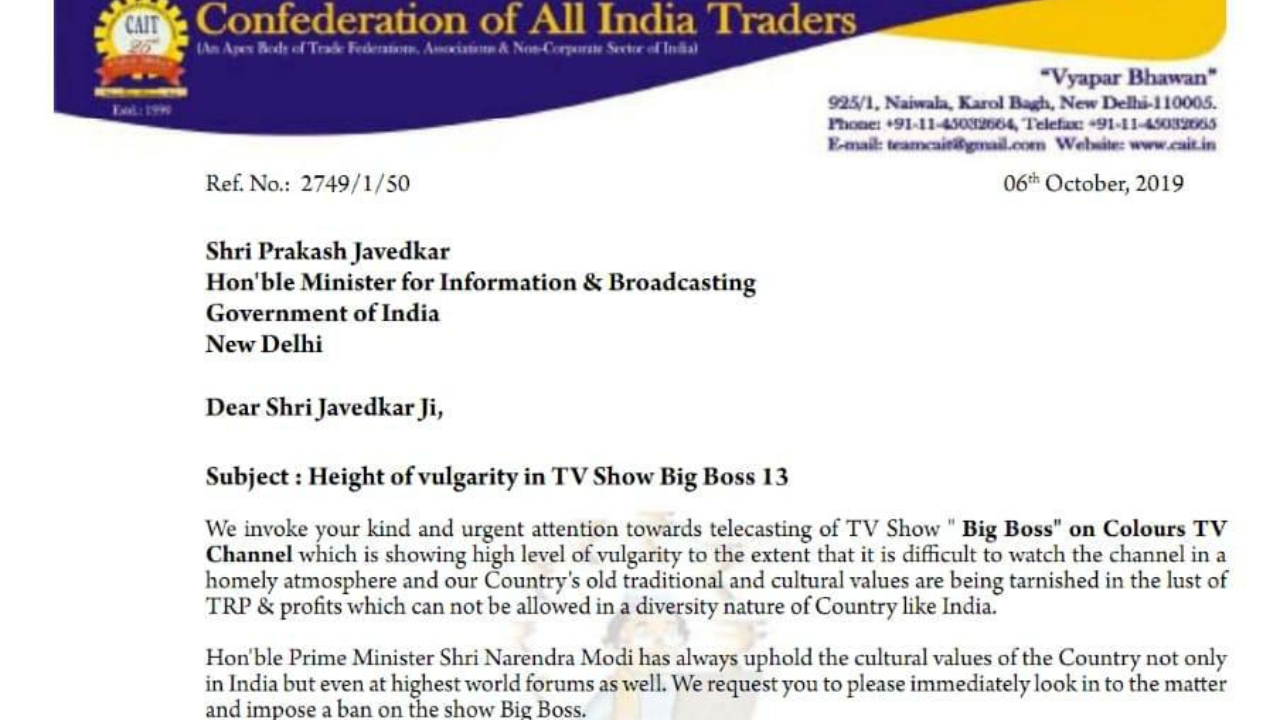 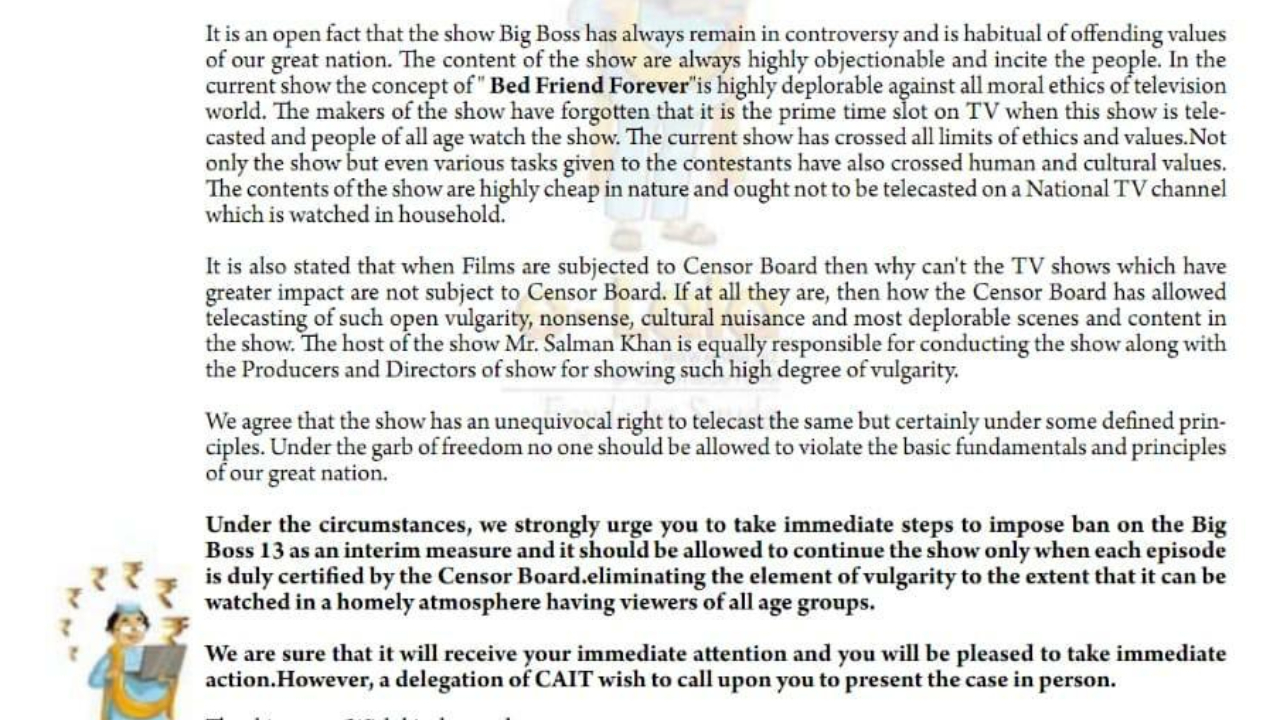 Meanwhile, in the Weekend Ka Vaar episode, Salman discussed the task and praised Shefali for taking a stand that Mahira and Shehnaaz didn't take for themselves. Salman told the viewers that there will be no eliminations this week. However, he didn't inform the housemates about this. In tonight's episode, Sidharth Shukla and Siddhartha Dey will be pitted against each other in this season's first Sultani Akhada.