Alia Bhatt turned 27 today and celebrated her birthday with sister Shaheen and BFFs Akansha Ranjan Kapoor and Meghna Goyal. In videos and pictures that have surfaced online, Alia can be seen cutting not one, but two cakes as others sing the ‘Happy Birthday’ song. In the pictures, Alia is casually dressed in a cream shirt and a pair of shorts. Her boyfriend Ranbir Kapoor is missing from all the pictures. Her parents -- filmmaker Mahesh Bhatt and mother Soni Razdan, too are not visible in the pictures.

Shaheen also shared a few pictures on her Instagram story from the b'day celebrations. 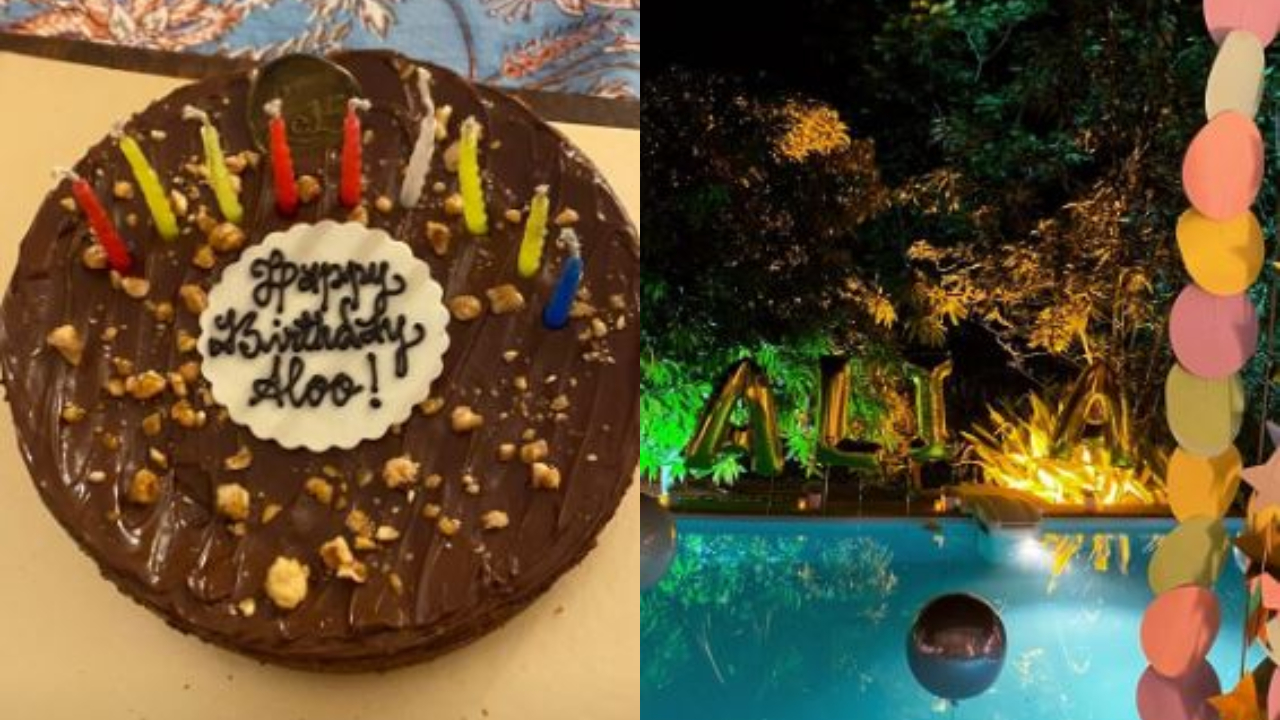 Meanwhile, on the work front, Alia will be seen in Ayan Mukerji's Brahmastra co-starring Amitabh Bachchan, Ranbir Kapoor, Akkineni Nagarjuna and Mouni Roy. When asked about the experience of working with Ranbir Kapoor, Alia had earlier said, "With Ranbir, it is a completely different experience because I have always admired him. He is my favourite actor since he made his debut. He will always remain my favourite because he is so honest and effortless."

According to a report in Mumbai Mirror, shooting of the film has been postponed to April amid the coronavirus outbreak. Both Ayan and Ranbir have decided to make the safety and well-being of the team their priority. “They do not want to put them at any kind of risk. So for now, the shoot has been shifted to April,” a source informed Mumbai Mirror.

Alia will also be seen in SS Rajamouli's Telugu film RRR. She has also begun shooting for Sadak 2, which will mark her first collaboration with her dad Mahesh Bhatt. The film also stars Sanjay Dutt, Pooja Bhatt and Aditya Roy Kapur.