Alia Bhatt Completed The Filming For The Ooty Schedule Of Her Upcoming Film Sadak 2 On Thursday.

Alia Bhatt completed the filming for the Ooty schedule of her upcoming film Sadak 2 on Thursday. The 26-year-old actor shared the update with a boomerang video on her Instagram Stories. "And that's a schedule wrap! #Sadak2," she captioned the video.

She also shared a picture of her father Mahesh Bhatt from the sets. The picture shows Mahesh in a vehicle with heavy camera equipment in his lap. Sharing the picture, Alia wrote: ''It’s moments like these #sadak2 #sadak2diaries #gratitude.'' 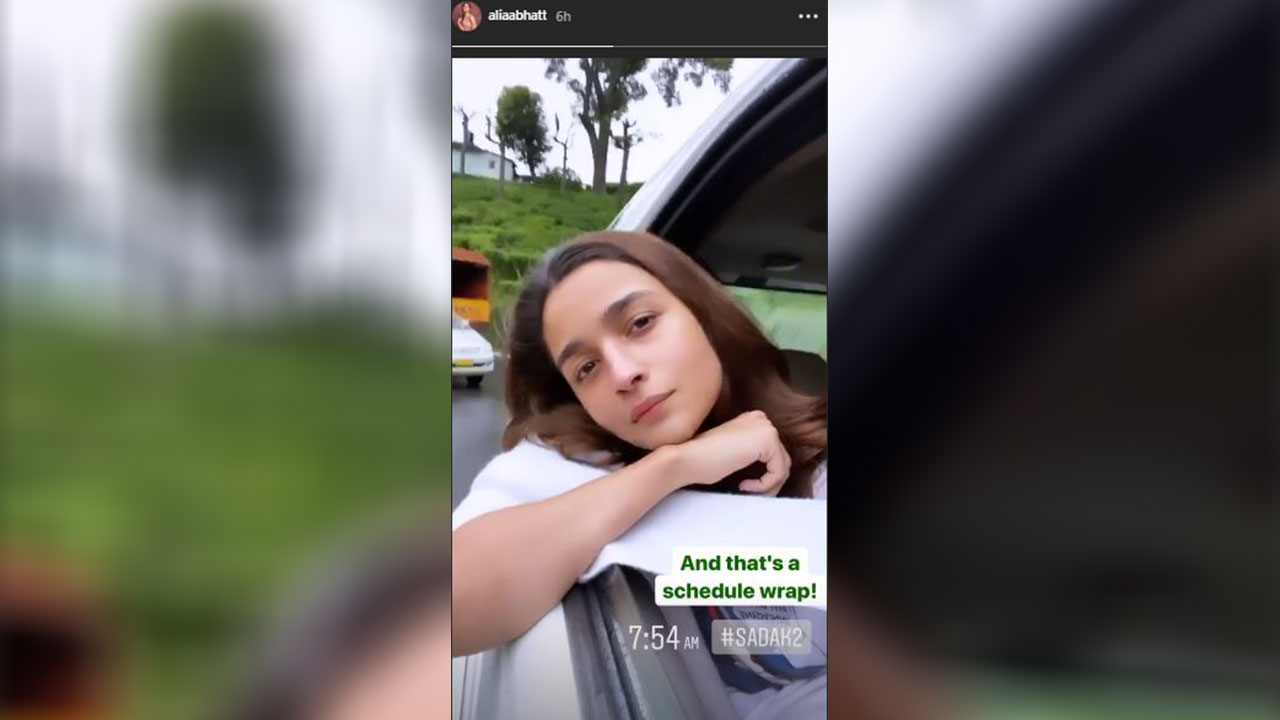 The film marks her first collaboration with father Mahesh Bhatt, who is returning to the director's chair after two decades.

When the film’s shoot began, she had written: ''Today is Day 1 of Sadak 2. And that’s my father, now also my director, holding the clap. I begin shoot in a few days and honestly, I’m petrified. I feel like a tiny mouse trying to climb a beautiful, immense, emotional mountain. I hope I make it to the top and if I fall I hope I’m able to get up again. It’s a tough climb but from everything I’ve seen and everything I’ve heard, I know every single step and misstep will be worth it! Here’s to movies, family, dreams and starting out on a brand NEW journey! And what a journey it’s going to be!!!!''

The original 1991 film starred Sanjay Dutt and Pooja Bhatt in the lead role. In Sadak 2, Alia will be seen playing the daughter of Sanjay and Pooja.