Chhapaak Vs Tanhaji: Hereâ€™s How They Fared On Box Office On Opening Day

Chhapaak and Tanhaji: The Unsung Warrior clashed at the Box Office on January 10 and the Box Office reports are finally out. Positive reviews, relentless promotions and Deepika’s JNU visit failed to do the wonders as expected as the movie only managed to garner less than what was predicted at the box office. Ajay Devgn starrer Tanhaji: The Unsung Warrior braving its average reviews had a great star on the first day of the release, all for its stunning visual effects.

As per a Boxoffice India report, Chhapaak has earned Rs 4.75 crore on day one. The report added that the morning collections were decent and trade experts expected a growth in the evening but it did not pick up pace. Tanhaji collecrs Rs 16 crore on day one and performed very well in Maharashtra while it was decent in North and East India and Nizam and Andhra Pradesh collections were also good, it added. 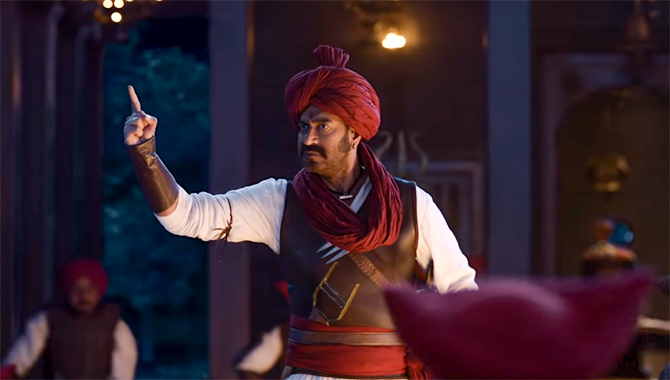 Why Chhapaak had a slow star at Box Office India

Being a non-holiday release and the political turmoil in the country impacted the release of both the movies. Tanhaji has a wider release with around 3500 plus screens whereas Chhapaak has around 1500-2000 screens revealed trade analyst Girish Johar, also a reason why it managed to beat the realistic Meghna Gulzar directorial. As Chhapaak has been made tax free in Madhya Pradesh, Chattisgarh, Rajasthan, the movie is expected to do great business in these states

Meanwhile, BJP workers and NSUI students were seen giving away free tickets of Tanhaji and Chhapaak at Bhopal, Jaipur and Uttar Pradesh cities.

Deepika Padkone became the talk of netizens after her JNU visit to express solidarity to students attacked at the campus. Divisive hashtags, ‘#ISupportDeepika’ and ‘#BoycottChhapaak’ did the rounds.

What is Chhapaak and Tanhaji all about

While, Chhapaak is the story of acid attack survivor Malti and her fight to get justice and her call for over-the-counter sale of acid . The film is loosely based on Delhi’s Laxmi Aggarwal’s life.

Also Read: Kangana Ranaut On JNU Violence, ‘It Is Not A National Issue, Arrest The Goons’

Directed by Om Raut, Tanhaji The Unsung Warrior brings Ajay Devgn, Saif Ali Khan and Kajol together after a long time. The film is a period saga that traces the story of Tanhaji Malusare (Ajay), a subedaar in Chhatrapati Shivaji Maharaj’s army.