The Dheeme Dheeme challenge has taken the internet by storm, courtesy Kartik Aaryan, Bhumi Pednekar and Ananya Panday's catchy dance steps in the Pati Patni Aur Woh Song, Dheeme Dheeme. On Friday, Deepika Padukone also posted a message for Kartik Aaryan asking him to teach her the hook step from Dheeme Dheeme. Her caption read, ''Will you please teach me the Dheeme Dheeme step. I want to take part in the #DheemeDheemechallenge.'' 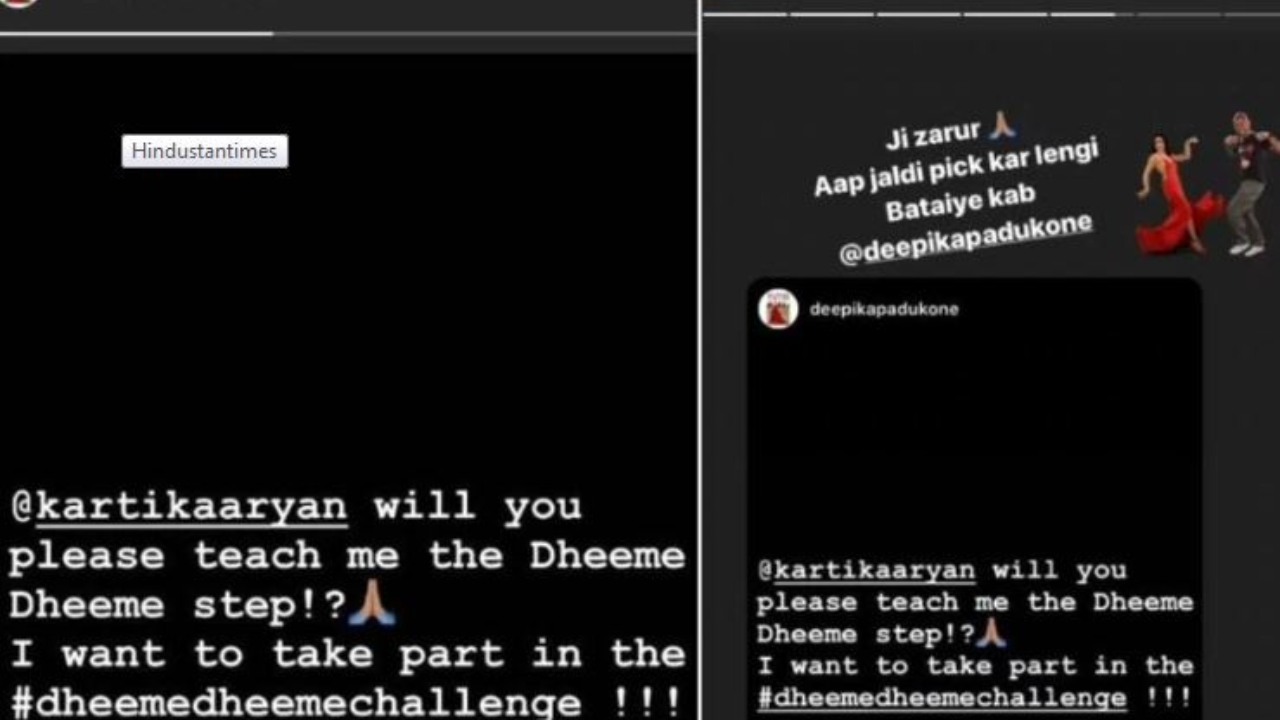 Meanwhile, in Pati Patni Aur Woh, Kartik Aaryan plays the role of Chuntu Tyagi, the 'adarshwadi' pati and government employee who is married to Bhumi Pednekar's character while Ananya is the 'Woh' in this crazy equation. Pati Patni Aur Woh is an adaptation of the 1978 drama of the same name, which featured Sanjeev Kumar, Vidya Sinha and Ranjeeta Kaur in the lead roles.

It is being directed by Mudassar Aziz and produced by Bhushan Kumar and Juno Chopra. The film is slated to release on 6 December, 2019.