Farhan Akhtar And Shibani Dandekar Shared Pictures From Their Cryotherapy Session On Instagram.

Farhan Akhtar and Shibani Dandekar have been painting the town red since a long time. The couple keeps on sharing mushy pictures on their respective Instagram handles, giving us an insight into their adorable relationship. However, this time the duo shared pictures from their cryotherapy session. Sharing a picture of the treatment, Farhan on Tuesday took to Instagram story and wrote: "Cryotherapy.. The cold never bothered me anyway." 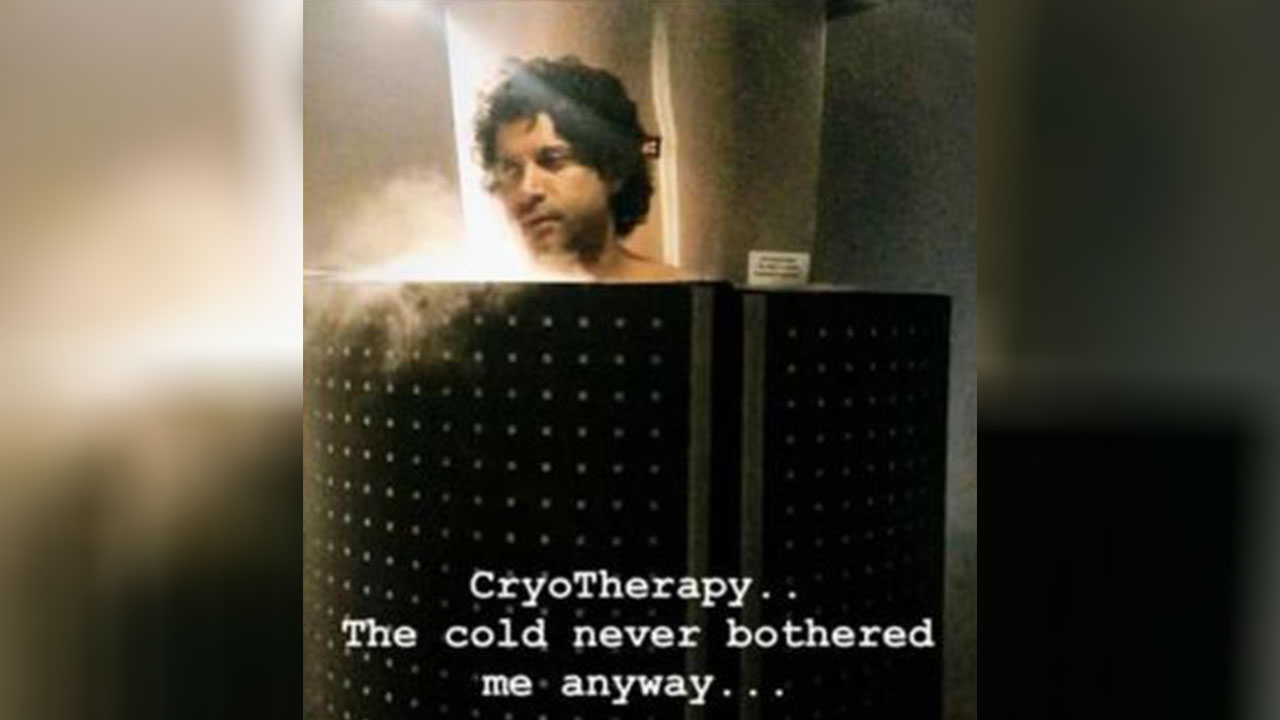 Shibani also shared a series of snaps documenting her time in the freezing chamber. ''3 mins at -130 degrees,” she captioned the first picture shared on her Instagram story. ''At this point, it was pretty damn cold. Ain’t gonna lie,” she wrote along with another photo. “Can’t tell you guys how good this felt! If you are training like a beast DO THIS,'' she added. 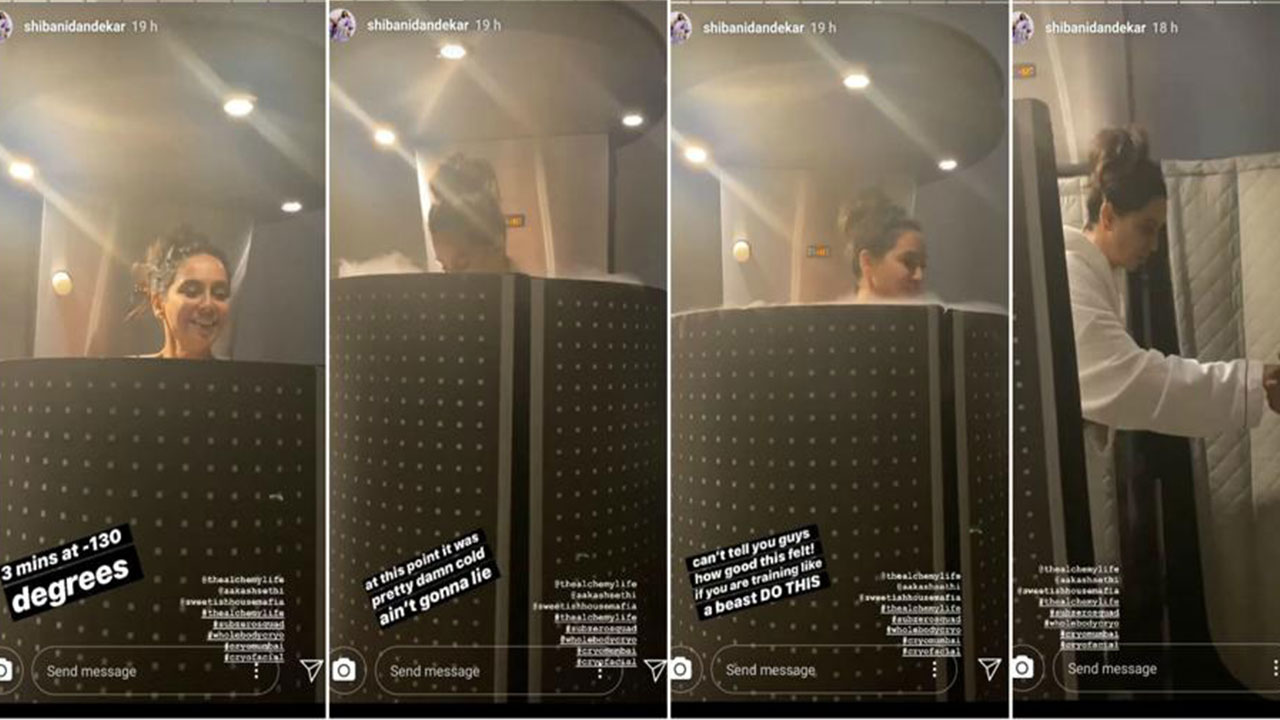 Shibani also shared a picture on her Instagram from the session and wrote, ''When you favourite cookie people on the planet @aakashsethi @sweetishhousemafia also set up the sickest Cryotherapy place @thealchemylife you just have to combine the two! double chocolate chip cookie in -130 degree chamber for 3 mins!! Ballin!! So great for muscle recovery for those that beast mode in the gym!''

When you favourite cookie people on the planet @aakashsethi @sweetishhousemafia also set up the sickest Cryotherapy place @thealchemylife you just have to combine the two! double chocolate chip cookie in -130 degree chamber for 3 mins!! Ballin!! So great for muscle recovery for those that beast mode in the gym! #cookiesandcryo #thealchemylife #subzerosquad #wholebodycryo #cryomumbai #cryofacial

For those who don't know, cryotherapy is a technique where the body is exposed to extremely cold temperatures for several minutes. This procedure is said to relieve pain, muscle soreness and reduce inflammation, among other things.

Farhan and Shibani have been in a relationship for almost two years now. Spilling beans about their relationship and flaunting it on social media, Farhan had recently said, "We've been getting to know each other and I couldn't be happier about it. But with the social media world again, we are constantly being told about the things we should be doing (laughs). But ya, I have never felt so comfortable to share my personal stuff but I don't know, I just feel like somehow with celebrating all this, it just feels very natural to me."

When Shibani was recently asked about her relationship with Farhan, she had said, "I think a picture speaks a thousand words. When I post something, it's there for the people to see. I don't think you need to write a caption or say something; it's there in the picture(s). Whatever is there is what you want to take and make from it... I don't think we are going out about to hide anything or announce anything. It is what it is."

Farhan and Shibani made their relationship official at Deepika Padukone and Ranveer Singh's Mumbai wedding reception by making an appearance together. They walked in holding hands and posed for the paps.