Janhvi Kapoor Apparently Made Vegetarian Biryani For The Get-together And Mira Rajput Took To Instagram To Share The Pictures Of The Same.

For over a year, there have been rumours that Ishaan is dating Janhvi. However, the Dhadak actors have always maintained firmly that there are no truth to the rumours.

In an episode of Koffee With Karan, when Karan Johar asked Shahid whether the two were dating, the actor replied "Janhvi has been buzzing around him a lot." Ishaan said, "We go to the gym together, listen to music, whole lot of south Indian music which is not my choice but I have grown to like it, watch movies and eat food." 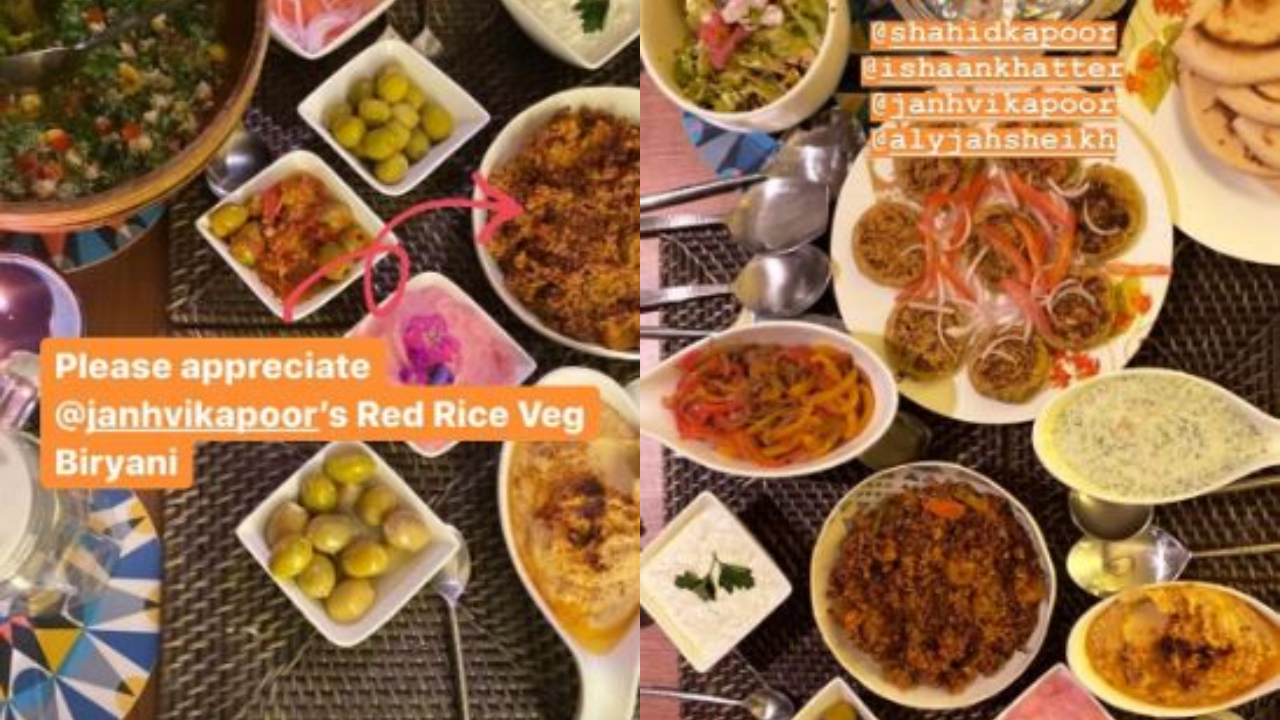 In another interview, Janhvi said, "I am in awe of him and the way he approaches his scenes. Plus, he has great energy as an actor, and it is probably because he is new too. But what helped me a lot was the fact that he is a more experienced actor than me."

Meanwhile, on the work front, Janhvi Kapoor is currently busy shooting for her next, a biopic of IAF pilot Gunjan Saxena, titled Kargil Girl. Angad Bedi will be seen as Gunjan's brother Anshuman Saxena, while Pankaj Tripathi will play their father.  The actress will be also seen in Takht where she will be a part of an ensemble cast including Ranveer Singh, Vicky Kaushal, Kareena Kapoor Khan, Alia Bhatt, Bhumi Pednekar and Anil Kapoor.

She will also be seen starring alongside Kartik Aaryan in Dostana 2. Ishaan will star in Mira Nair’s adaptation of A Suitable Boy, and the film Kaali Peeli.