She Has Recently Come Back From Coimbatore After Spending 10-day In A Wellness Camp Where She Meditated And Performed Yoga In Complete Silence.

Kangana Ranaut has her plates full. Basking in the success of her first directorial venture, Manikarnika: The queen of Jhansi, Kangan is in no mood of having a leisurely birthday.

The Queen actress will be celebrating her 31st birthday on March 23 at the sets of her upcoming film Mental hai Kya opposite Rajkummar Rao.

Initially, the actress had planned to celebrate the day with her family in Manali. She has recently come back from Coimbatore after spending 10-day in a wellness camp where she meditated and performed yoga in complete silence.

But since Mental Hai Kya releases in a couple of months, she wants to quickly wrap up its shoot and star promotions. She had also committed herself to two back-to-back schedules of Panga, a sports drama being helmed by Ashwiny Iyer Tiwari, in Delhi and Kolkata from April onwards.

The Ekta Kapoor film is slated to release by the end of May and Kangana is leaving no stone unturned to fulfil her professional commitments.  Mental Hai Kya, which also stars Amyra Dastur and Jimmy Shergill, among others, is being directed by Prakash Kovelamudi. Even Shah Rukh Khan has an extended cameo in the film.

On March 2018, Balaji Motion pictures released the first look of the lead pair that comprised of two posters. Kangana and Rajkummar were seen posing in "quirky" and dangerous positions- a knife-wielding Ranaut in a water-filled bathtub surrounded by electronic gadgets at its edge, and Rao holding a butcher knife and cutting an apple, with blood seeping from his hand. 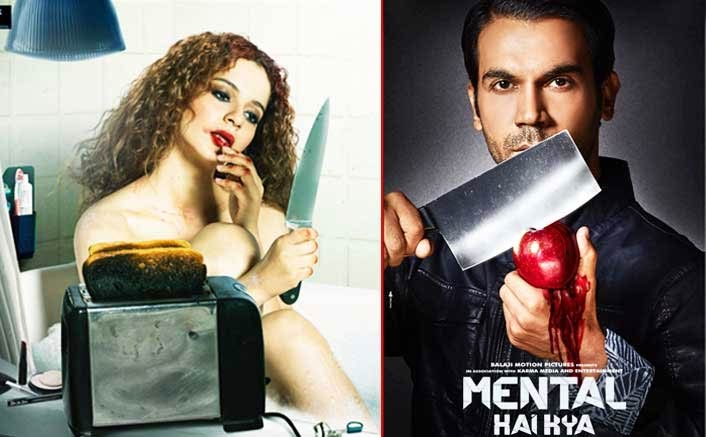