Ishaan Khatter Turned 24 Today And His Sister-in-law And Shahid Kapoor’s Wife Mira Rajput Has Shared A Special Birthday Wish For Him.

Ishaan Khatter turned 24 today and his sister-in-law and Shahid Kapoor’s wife Mira Rajput has shared a special birthday wish for him. Mira posted two pictures of Ishaan on her Instagram stories. She wrote, "Happy Happy Birthday not-so-little-brother," adding, "Stay mad, stay crazy and keep clicking the best pictures of me."

While sharing another picture of Ishaan, Mira wrote, ''Saying Hello to a new year like.. @Ishaankhatter (sic)." 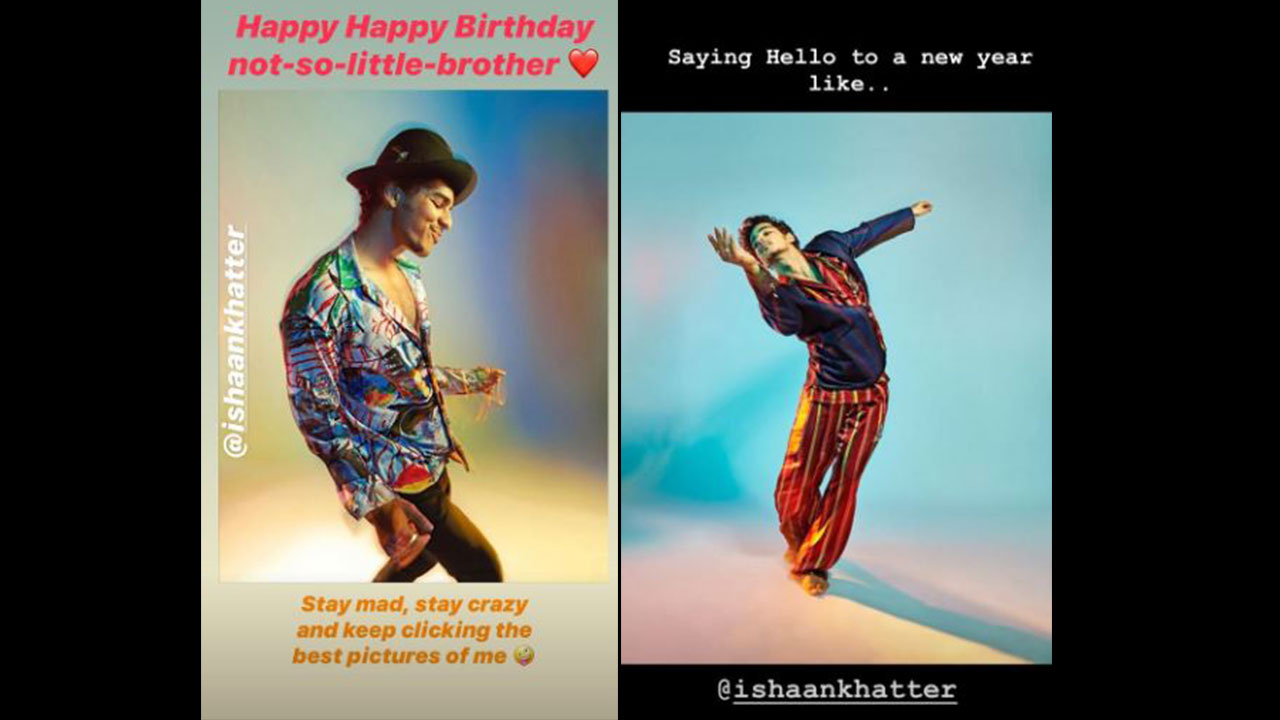 Last year, Ishaan and Shahid appeared together for an episode of Koffee With Karan. On the episode, Shahid revealed that it was he who asked his mother to give him a little brother. ''When my mom got married for the second time she was pretty clear she didn’t want a second baby because she felt like, you know, it was pretty late, she got married in her early 30s. I kept pestering her saying that it is not fair, I deserve a sibling. And she literally had Ishaan for me. I begged her for two or three years. And finally she gave in and said ‘Alright, I am gonna have one,'' he said.

Ishaan is rumoured to be dating Jahnvi Kapoor for quite some time now. However, the Dhadak actors have always maintained firmly that there is no truth to the rumours. When Karan Johar asked Shahid whether the two were dating, the actor had replied "Janhvi has been buzzing around him a lot." Ishaan had said, "We go to the gym together, listen to music, whole lot of south Indian music which is not my choice but I have grown to like it, watch movies and eat food."

Meanwhile, on the work front, Ishaan will star in Mira Nair’s adaptation of A Suitable Boy, and the film Kaali Peeli. The film also stars Ananya Panday and will hit the screens in July 2020. Shahid, on the other hand, has started shooting for the Hindi remake of the Telugu sports drama Jersey. The film is releasing on August 28, 2020.