NSUI, BJP Workers Fight For Cinegoers; Give Away Free Tickets Of Chaapaak, Tanhaji In Bhopal

To Show More Support To The Movie, National Students' Union Of India (NSUI), Was Seen Distributing Free Tickets Of Chhapaak

Madhya Pradesh Chief Minister Kamal Nath recently announced that Deepika Padukone’s film Chhapaak based on acid attacks survivor Laxmi Agarwal struggles will be tax-free in the theatres at the state and now to show more support to the movie, National Students' Union of India (NSUI), the students wing of Indian National Congress was seen distributing free tickets of the film near Bhopal theatres. BJP workers in retaliation were seen giving away free tickets of Ajay Devgn starrer Tanhaji: The Unsung Warrior. Reports of similar free shows of bothe the movies were also arranged in Uttar Pardesh and Rajasthan's Jaipur.

Deepika Padukone and her brush with social media controversies 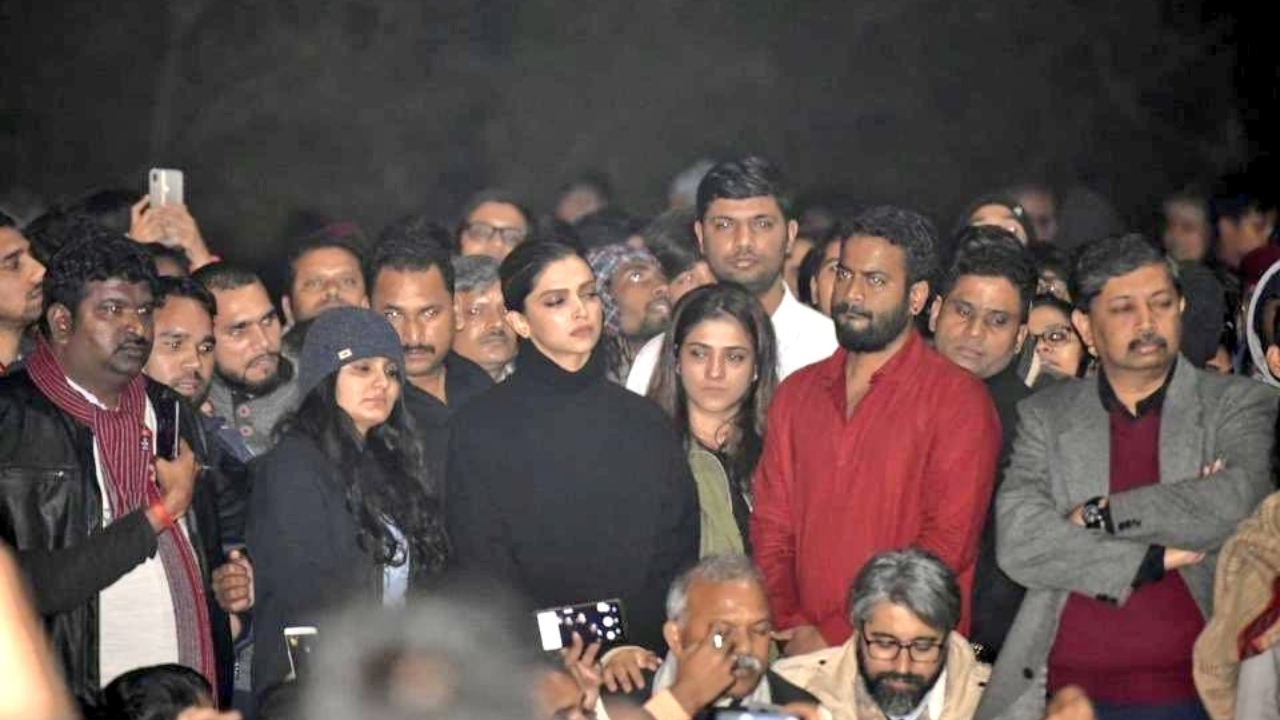 Deepika Padukone’s recent visit to Jawaharlal Nehru University in the wake of the attack on students, two days before the release of Chhapaak created quite a stir in the social media. While CAA protestors lauded her and called it a brave political move with #ISupportDeepika trend, several netizens on the other hand also joined #BoycottChhapaak trend on Twitter.  Pictures of cancelled Chhapaak ticket of the same seat, show in a Gujarat theatre also did rounds leaving many amused.

Meanwhile both Chhapaak and Tanhaji: The Unsung Warrior has been earning positive reviews from critics and cinegoers. While Chhapaak isbeing called as Deepika’s best performance in her Bollywood journey so far, Tanhaji is being lauded for its graphics and visually alluring fight scenes.

Deepika Padukone's Chhapaak was also embroiled in a legal tussle after Laxmi Agarwal's lawyer Aparna Bhat claimed that the production house hadn't provided her due credit for the story. She moved a Delhi court, which today asked the makers to give Bhat due credit, and cleared the film for release.

Tanhaji too faced the ire of a petitioner representing Akhil Bhartiya Kshatriya Koli Rajput Sangh who claimed the central character Tanhaji Malusare true lineage has not been shown in the film. The Delhi High Court rules the film should go with a disclaimer that the word Maratha warrior has been used as a general term. 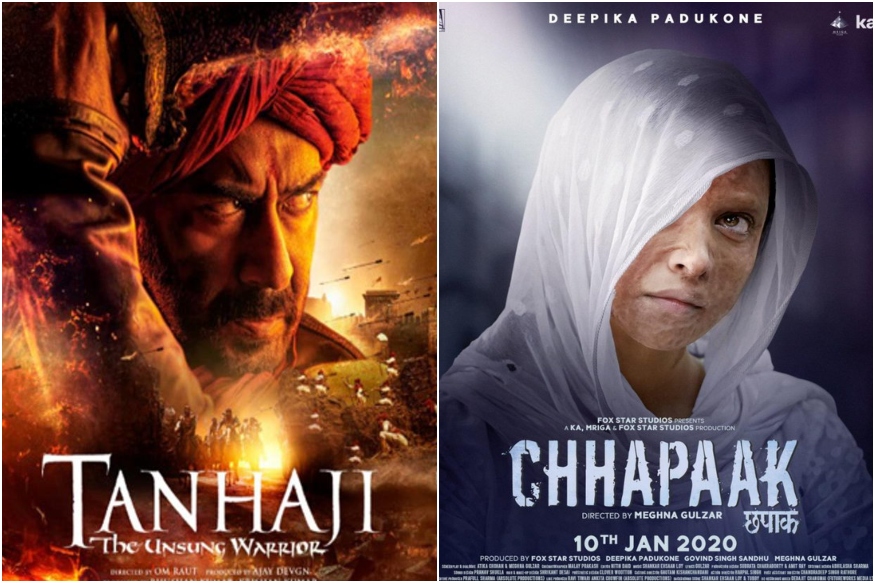 According to early predictions by film trade analysts, Deepika will earn brownie points at the box office for her recent social media controversies and fare better than its competition Tanhaji even when given lesser number of screen, shows. anhaji is said to release across the country in around 2,700 screens and Chhapaak has 1,200 screens.

"As of now, Tanhaji could make between Rs 12-14 crore on the first day, while Chhapaak should make around Rs 5-6 crore,” The Quint quoted trade analyst Atul Mohan as saying.

Nevertheless, pertaining to two different genres, both films stand equal chances to have box office gains, but their overall collection will extensively depend on word of mouth.