The Sky Is Pink Flick Will Revolve Around The Life Of Motivational Speaker, Aisha Chaudhary Who Was Diagnosed With Pulmonary Fibrosis At The Age Of 13

Priyanka Chopra is all set to come back to Bollywood with The Sky Is Pink and to keep her fans updated she recently took to Instagram to share photos with the entire cast of the film.

PeeCee is currently in Andamans with the entire cast and crew from where a beach selfie with that featured actors Farhan Akhtar, Zaira Wasim, Rohit Saraf and the director Shonali Bose. She captioned it as â€˜Our sky is pink..â€™ The picture looks dreamy with the sun kissing the actors as they enjoy the sea. Soon after Priyanka, Farhan Akhtar also shared the same click on his Instagram and wrote, â€˜Sun, surf, sand, selfie..â€™Â

Another story shared by Farhan shows him along with Priyanka and Rohit having a blast surfing sand at the beach.Â Â 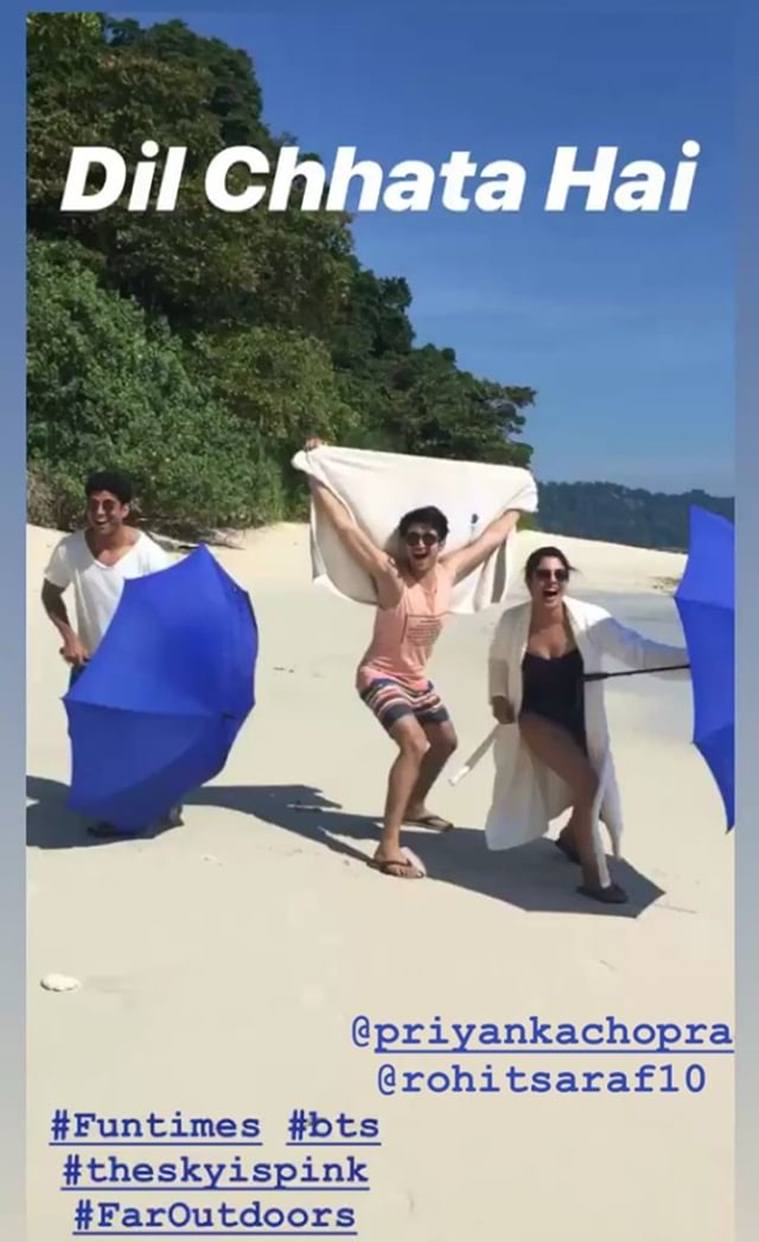 The Sky is Pink flick will revolve around the life of the parents of a motivational speaker, Aisha Chaudhary who was diagnosed with pulmonary fibrosis at the age of 13, reportedly to be played by Dangal star Zaira Wasim.

Produced by RSVP and Roy Kapur Films, the movie will release on October 11, 2019.

Priyanka Chopra was last seen in a video by the Jonas brothers titles Sucker. Priyanka looks magnetic romancing opposite husband Nick Jonas. She was also a part of the Hollywood rom-com; 'Isn't it Romantic'.