Much To The Shock Of Fans As Well As Movie Industry, The Entire 2.0 Movie In HD Print Has Been Already Leaked By An Active Piracy Website, TamilRockers.

Shankar directorial mega-budget movie of the decade, 2.0, has finally hit the silver screens on Friday after a tiring wait of three years. The sci-fi film was made under a whooping budget of over Rs 550 crore and starred Rajinikanth, Akshay Kumar and Amy Jackson in leading roles. However, much to the shock of fans as well as movie industry, the entire film in HD print has been already leaked by an active piracy website, TamilRockers.

2.0 was released on the piracy website within few hours of release. It is also reported that the makers had formed a special team to monitor online piracy.

According to a report published in India Today, producers of 2.0 had approached the Madras High Court with a list of websites which had illegally uploaded the pirated version of the film. There has been no official confirmation on the same. 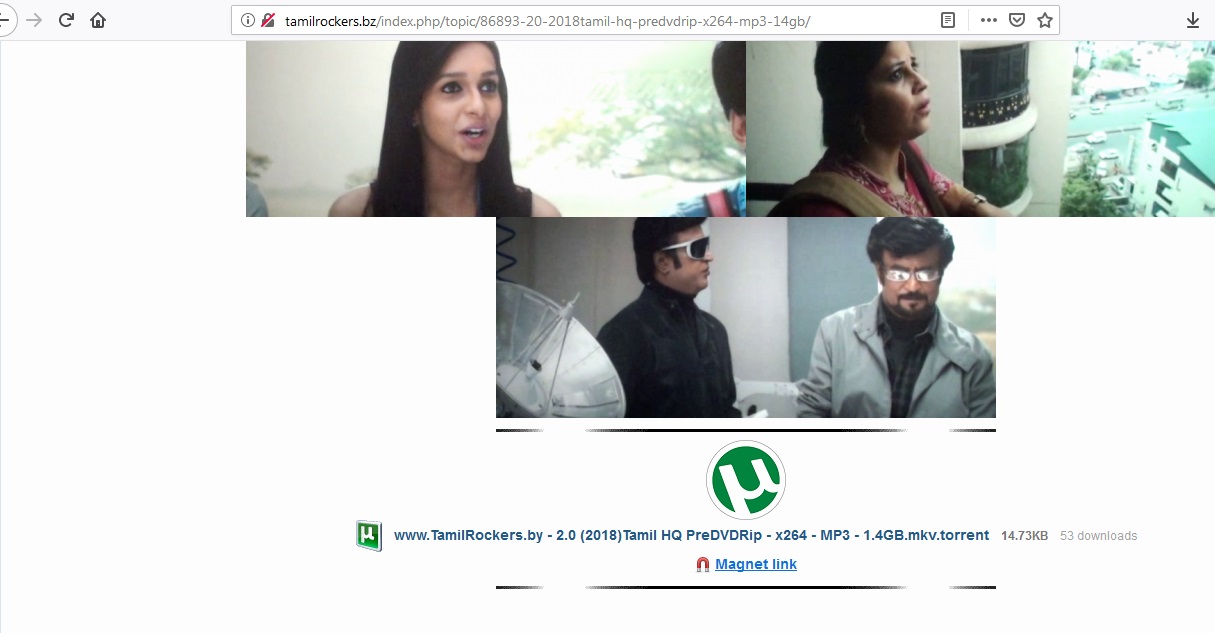 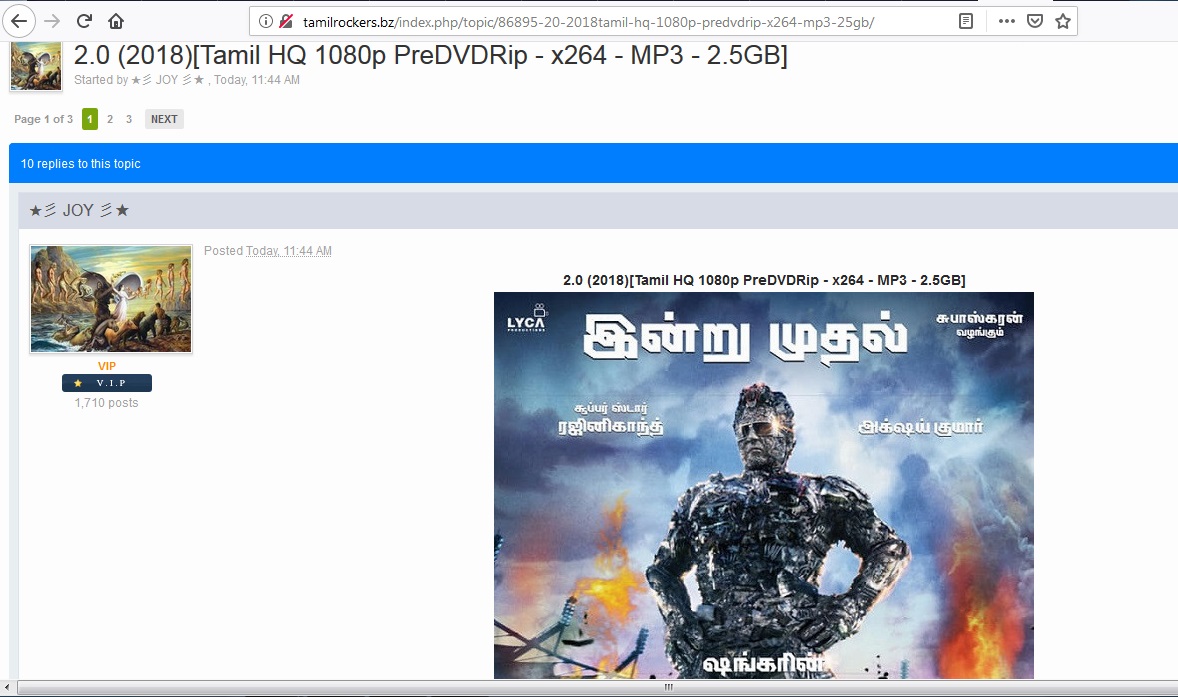 Tamil Rockers, the piracy website, has been imposing a major threat to the Tamil film industry. The culprits behind this website have not been traced despite several attempts. Recently, the piracy website released Vijay starrer Sarkar, within few hours of its big screen release. This left the entire show-biz industry in complete bewilderment.

The website went on to release Thugs Of Hindostan in three different languages, on the same as the film’s theatrical release.

The website through its unverified Twitter handle revealed had earlier revealed that it will release Thalaiva’s 2.0. The tweet read, “#2Point0 Coming Soon in Tamil Rockers.#2point0November #Rajinikanth #Rajini #SuperStar #TamilRockers #TR”