Sources Said That Sidhu Will Now Be Replaced By Archana Puran Singh On The Show.

Bollywood actor Salman Khan, who is also a part of the production team of The Kapil Sharma Show, is reportedly behind the ouster of Punjab minister Navjot Singh Sidhu from the Sony Entertainment Television show. Speculations have been rife that the Congress leader is asked to leave the popular comedy show following his controversial remark on Pulwama terror attack in the heart of Kashmir Valley on Thursday. Sources said that Sidhu will now be replaced by Bollywood actress and television presenter Archana Puran Singh in the star-studded show. For those unserved, The Kapil Sharma Show is being produced by Kapil Sharma's production house K9 Films in association with Salman Khan Films (SKF).

Meanwhile, speaking to News Nation, Archana Puran Singh said that so far she has shot for two episodes of The Kapil Sharma Show and has no clue whether Sidhu will continue to work with the team or not. "I have not been approached yet by anyone as the permanent replacement of Navjot Singh Sidhu but will think if approached," she told reporters.

However, Singh also added that the replacement in the show has nothing to do with the gruesome terror attack on CRPF personnel in Jammu and Kashmir on February 14, 2019. Interestingly, Archana Puran Singh had in 2017 replaced Sidhu in The Kapil Sharma Show after the latter had fallen ill. 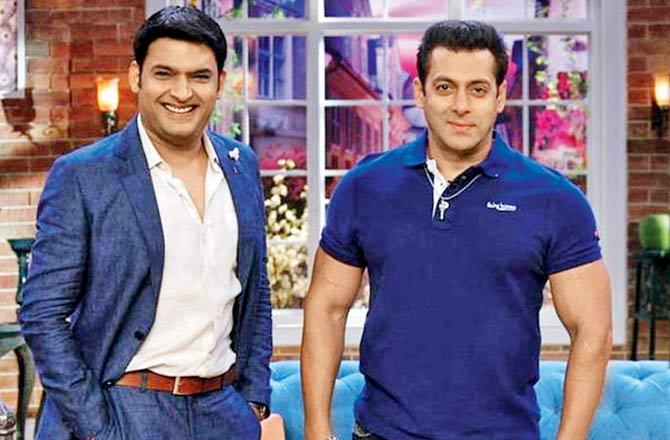 Sidhu has been receiving wide condemnations from across the country, ever since the Congress leader in a recent media interaction said, "Nations cannot be held responsible for the dastardly acts of terrorists". Social media has been also flooded with posts demanding his exit from The Kapil Sharma Show.

Sidhu, who was among the invitees for the swearing-in ceremony of Pakistan Prime Minister Imran Khan last year, posed, "For a handful of people, can you blame the entire nation and can you blame an individual?"

In an apparent reference to Pakistan, the cricketer-turned-politician further said terrorism has no caste or religion, adding that for the last 71 years, this has been happening. "Had they stopped ever?" Sidhu asked.

As many as 42 security personnel were killed and dozens of others injured after a Scorpio SUV with 350 kg of explosives rammed a CRPF vehicle carrying them in Jammu and Kashmir's Pulwama district on Thursday. More than 2,500 Central Reserve Police Force personnel were travelling in a convoy of 78 vehicles via Srinagar-Jammu national highway around 3:30 pm when the deadliest attack took place. After Uri attack in 2016, this is considered to be the most destructive terror strike in nearly two decades.