The much-awaited Elle Beauty Awards 2019 was held on Saturday in Mumbai and several Bollywood celebs arrived at their fashionable best for the event. From Kareena Kapoor, Anushka Sharma to Janhvi Kapoor and Ananya Panday, all the stars made a stylish appearance for the awards night. Ananya wore a stunning short black dress by Prabal Gurung that had frills and ruffles. She completed her look with ankle-length boots.

The Student of The Year 2 actress even posted several pics and videos of her outfit from the night on her social media handles. While she attracted praise from all quarters, for looking ravishing yet chic, one comment that got the wide attention was from her best friend Shanaya Kapoor's father Sanjay Kapoor that miffed a lot of netizens.

Talking about Ananya’s outfit, Sanjay commented, "The dress is going to fall be careful @ananyapanday.”

Fans seemed pretty upset with Sanjay's response and took to the comments section to slam him. One user wrote, "That's extremely insensitive to say to a very young girl," and another one called his comment "disturbing." 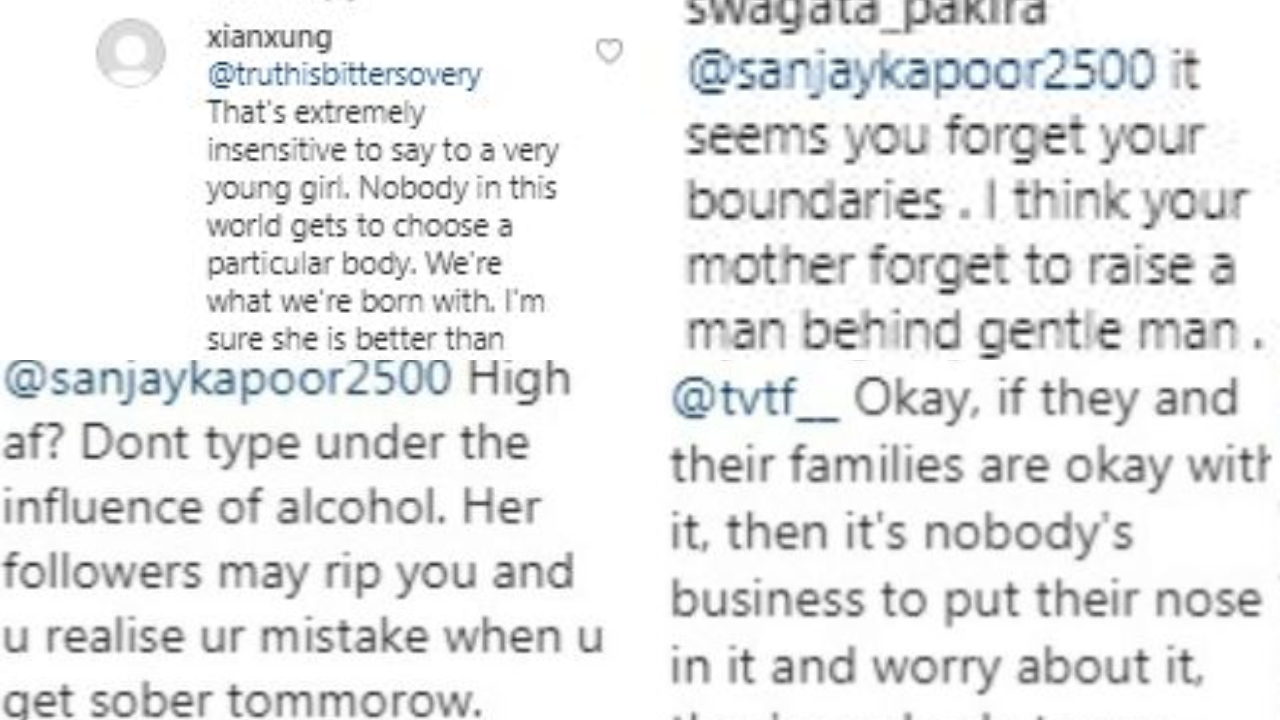 On the work front, Ananya will be seen next in Pati, Patni Aur Woh opposite Kartik Aaryan and Bhumi Pednekar slated to release in December 2019. She is also busy with Ali Abbas Zafar's Khaali Peeli, co-featuring Ishaan Khatter.

On the other hand, Sanjay Kapoor recently received an award at the House of Commons, Parliament of the United Kingdom, for being the Most Inspiring Indian Bollywood Actor.