The Craze Of Learning English Among Housewives Is On The Rise For The Past Few Years And Most Of The Women Who Are Learning This Language Are Inspired By Sridevi's Character In 'English-Vinglish'.

It's been a year and a half since Sridevi, ever-popular and one of the most successful actresses of her time passed away in Dubai. But she continues to live in the memories of millions of her fans. Moreover, she is a source of inspiration for many women, especially the housewives, even today. Her character as 'Shashi' in movie 'English Vinglish' – touted to be her comeback film, is still alive and all around. In the film, the 'Hawa Hawaai' girl of Indian cinema perfectly represented the lives of all mothers who never thought about learning English until they had to attend a parents-teachers meeting in schools. It represented all the housewives who never bothered about adopting English until they attended a party of their husbands working in MNCs and many other such middle-class women.

Her struggle and willingness to learn English-speaking skills to meet the social status has motivated many housewives to embrace the language in the national capital. A large number of housewives are picking spoken-English classes to keep pace with the times.

"My son is in Class 6. He goes to an English medium school and he is quite good at speaking English which I was devoid of. It was upsetting for me to instantly switch over to Hindi at the school during the parent-teacher meeting. I was a little depressed but decided to change my future just like 'Shashi' and this is when I decided to join English speaking classes," said Geeta Sharma in her 30's.

Puja, from a remote village in Bihar and now well-settled in Delhi's Laxmi Nagar, has a yet another valid reason to pursue a course in Spoken English. 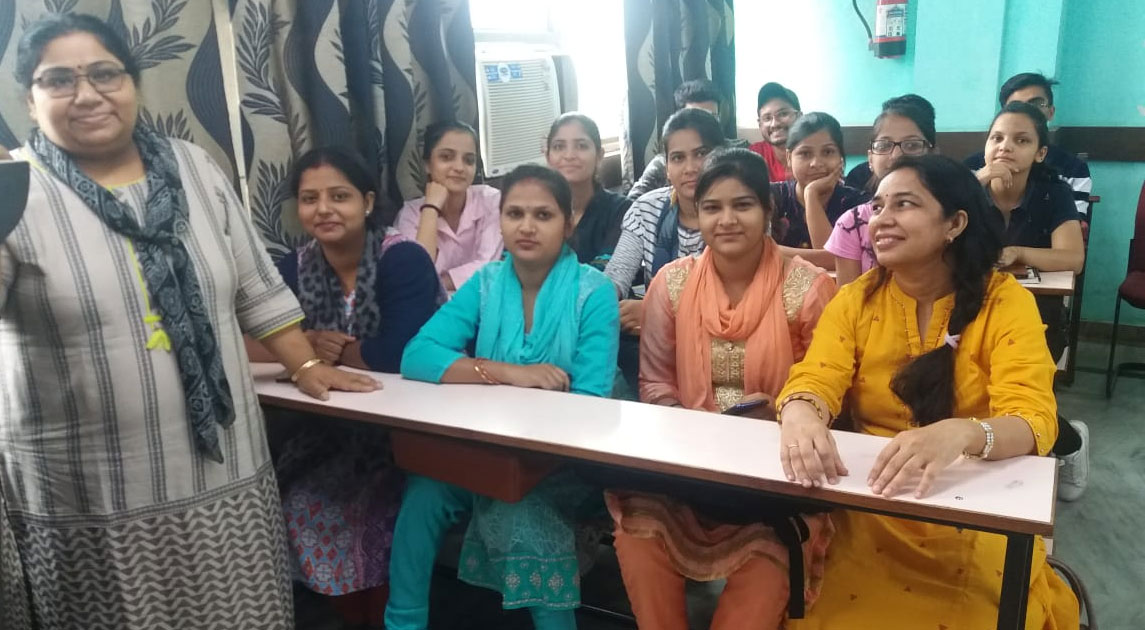 "I want to be compatible with my husband working for a multi-national company and the English language should not be a barrier to the communication between both of us. My hubby has a preference for this language, maybe for a convincing reason. At times I go blank when I fail to catch on to what he says. Moreover, it becomes an embarrassing situation for both of us while attending a party and meeting his colleagues who unsurprisingly begin to talk in English there," said newly wedded Puja Singh.

"If you visit a mall in Delhi and NCR and do not hold a conversation in English you'll often get discomfited and embarrassed at the billing counter where even a sales guy prefers to interact with the customers in English. This reminded me of the situation Sridevi faced within her movie 'English-Vinglish' and taking inspiration from her struggle I decided to learn this language," says Geetanjali Sharma.

The craze of learning English among housewives is on the rise for the past few years and most of the women who are learning this language are inspired by Sridevi's character in 'English-Vinglish', said Dr Birbal Jha, Managing Director of British Lingua.

"I have been teaching English for the past 26 years. During this long period, I have been more than happy to witness housewives' craze for English skills and their changing lifestyles for all positive reasons. Several women whom we spoke to said that Sridevi's movie English-Vinglish inspired them the most to learn the language," said Dr Jha.

While there are several movies which talk about how women, despite facing all odds, can emerge as a winner because of their determination and willpower, Sridevi's character Shashi in 'English-Vinglish' is everyone's favourite because it shows a much more relatable story and complexity faced by females in our contemporary society and a way out.