Actress Vaani Kapoor On Monday Shut Down A Troll Who Asked Her If She Was 'suffering From Malnutrition'.

Actress Vaani Kapoor on Monday shut down a troll who asked her if she was 'suffering from malnutrition'. The War actress shared a mirror selfie on Instagram in a stylish athleisure. She captioned the post: "Back to the grind." As soon as Vaani shared the photo, one of the users commented about her leaner physique and wrote: "Suffering from malnutrition are you?"

However, the actress was quick to reply and shut the troll like a boss. "Why don't you find something productive to do in life? Please stop being harsh on yourself, life is so much better... Stop reflecting hate,'' she commented. 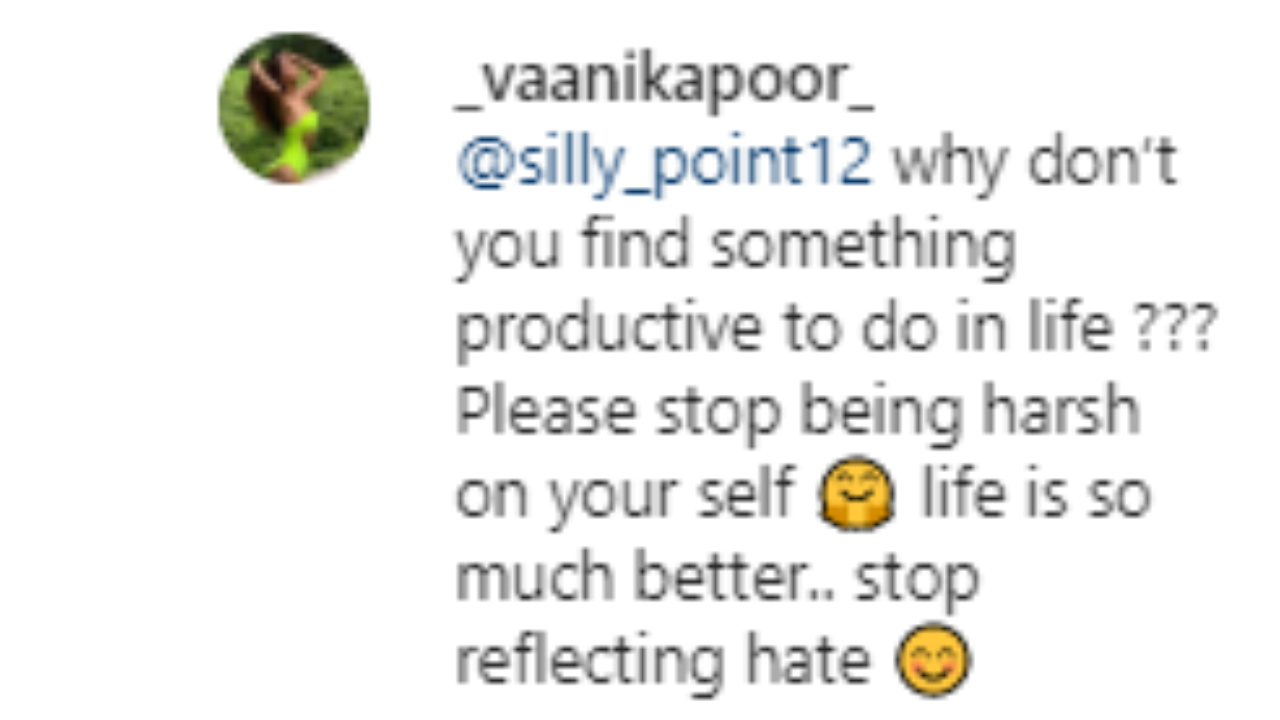 Meanwhile, on the work front, Vaani was last seen in War alongside Hrithik Roshan and Tiger Shroff. The actress will be next seen in Shamshera opposite Ranbir Kapoor. The film is set in the 1800s and chronicles the story of a dacoit tribe fighting for their right and independence from the British. "I've barely shot for the film, as of now but Ranbir is very cooperative, sweet, humble and so normal! That sense of normalcy is very hard to find," Vaani had earlier told PTI.

"I come from a non-film background, so in your head also you build apprehensions about people you've heard of. This ice, that one needs to break, I'm very bad at it. But Ranbir has been so kind and welcoming to me," she added.  Shamshera features Sanjay Dutt as the antagonist.

When asked if she will be seen doing action sequences in the film, Vaani said it is a 'possibility'.