Vidyut Jammwal Recently Challenged His Fans With Cylinder Stunt And Got Schooled For It.

Commando actor Vidyut Jammwal known for performing high octane actions stunts like a breeze often take up intense workout challenges to get that much hyped ripped body and washboard abs. The 38 year old actor who often shell out 'Everyday motivation' with photos and videos from his rigorous gymming and fitness sessions recently challenged his fans with cylinder stunt and got schooled for it.

#KALARIPAYATTU SAYS : We are not meant to be perfect We are meant to be whole...That’s where the balance is

The actor shared a video where he is seen swinging a gas cylinder to and fro as if it as light weight as a paper bag. And that's not all, he went on to mention that it was a filled cylinder that he was seen exercising with. With a dramatic background score, the video has been breaking the internet.

However Vidyut trying his hands on this highly dangerous stunt did not go down well with his fans who took turn to warn Vidyut Jammwal to not provoke peopke into doing the same as it migh cause theme severe injuries.

Here are the comments. 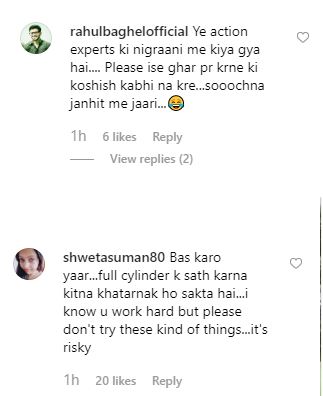 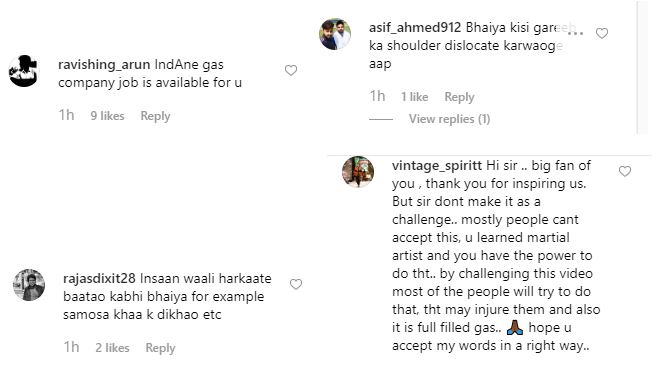 Bollywood celebrities often take up workjout challenges on Instagram. Recently akshay kumar made the 'Bottle Cap Challenge a craze among his peers and moviebuffs.

On the film front, Vidyut was last seen in Chuck Russell's Junglee. He will next shoot for his role of Captain Karanvir Singh Dogra in Commando 3. The film would also feature Adah Sharma and is slated to hit the theatres on September 20.