Christopher Nolan, Robert Pattinson in Mumbai For Tenet; Other Hollywood Films Shot In The 'City Of Dreams'

Christopher Nolan, 'massive, Innovative, Blockbuster', Tenet's Cast And Crew Has Arrived To Mumbai To Shoot Some Sequences Of The Film

Christopher Nolan, 'massive, innovative, blockbuster', Tenet's cast and crew have arrived in Mumbai to shoot some sequences of the film. Robert Pattinson and Christopher were spotted at the Mumbai airport. According to reports, the team of Tenet has a 10-day shooting schedule in Mumbai.

Nolan known for vague early teasers that reveal almost nothing about the plot, has also accidentally dropped the teaser of the movie and removed it later.

Tenet is a follow up of his 2017 Oscar winning war drama"Dunkirk" and has also been described as Nolan’s most expensive original film. Estonian Public Broadcasting reported that the film is said to be costing approximately $225m, which also makes it his second priciest behind The Dark Knight Rises ($230m). The only other films that exceed it are Disney film Tangled ($260m) and James Cameron's record-breaking Avatar ($237m).

Nolan has penned the screenplay and is also producing the project with his wife, Emma Thomas. Thomas Hayslip is serving as executive producer.

Warner Bros Pictures will be distributing the film worldwide, which is scheduled to hit theatres on July 17 next year, reported Variety. It will be filmed across seven countries.

This is not the first time a Hollywood movie is being shot in India. As nothing beats the thrill of spotting India in a Hollywood movie, here are the other movies where we got to see glimpses of Mumbai.

Slumdog Millionaire - MumbaiDirected by Danny Boyle, this adaptation of a Q & A by Vikas Swarup won many accolades. It has been shot in the Juhu Slums of Mumbai. It stars Indian actors including Anil Kapoor, Irrfan Khan and Frieda Pinto.

Mission Impossible 4 - MumbaiThis fourth installation of the cult action spy series had scenes in the lanes of Mumbai. It also starred Anil Kapoor as Brij Nath.

#milliondollararm a great film based on a true story ðŸ˜ÂÂ

The Hundred Foot Journey- UnknownA movie revolving around a family which moves to Europe from Mumbai. It has a lot of Indian cooking and stars Juhi Chawla and Om Puri. The plot of the story starts from India.

Om Puri and Director Lasse Hallstrom share a laugh on The #100FootJourney set. What was the funniest scene in the film? Tell us in the comments! #movie

A post shared by The Hundred-Foot Journey (@thehundredfootjourney) on Sep 5, 2014 at 2:58pm PDT

Outsourced - MumbaiThis romantic comedy was not only shot in India but also set up on what happens when a  foreigner gets outsourced to India. Major parts of the movie were shot in Mumbai. 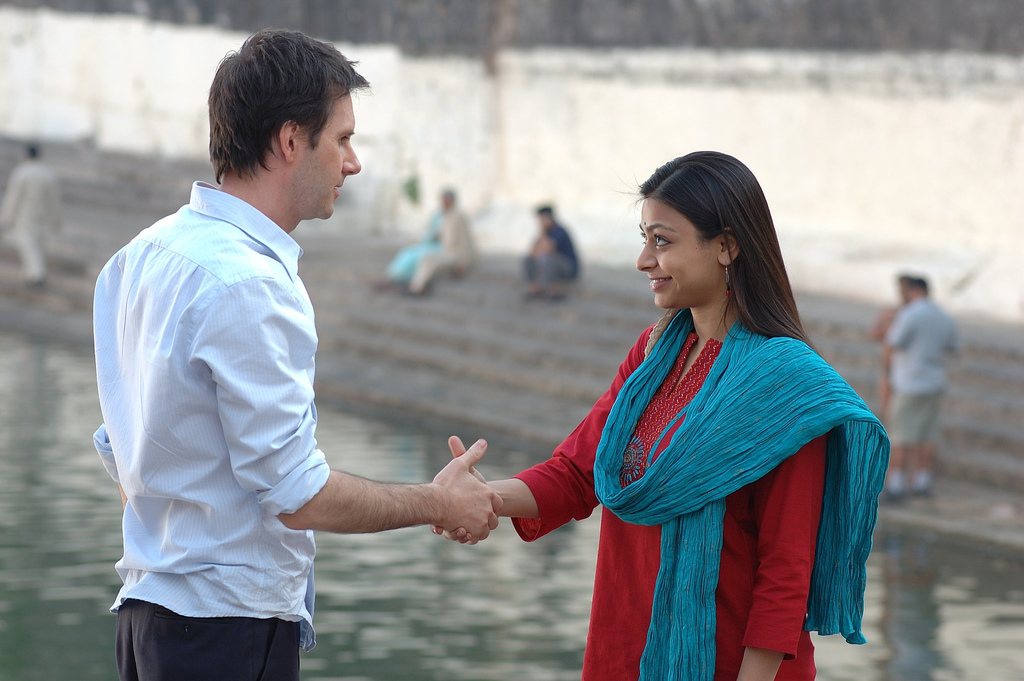