Jennifer Lopez is engaged to Alex Rodriguez ; flaunts a diamond worth $1 million

JenniferÂ  Lopez got engaged again. The actress recently posted a picture of her hand flaunting a huge diamond ring.Â  The 43-year-old actress got engaged to her long-time boyfriend MLB player Alex Rodriguez after dating for two years.

The huge ring decorating JLo's fingers looks like an emerald cut diamond of approximate 15 carats in a platinum solitaire setting and could easily be worth $1 million dollars or more.

Alex also posted a story of their room decorated with candles and red flowers and 'l love You' written with petals on their bed. 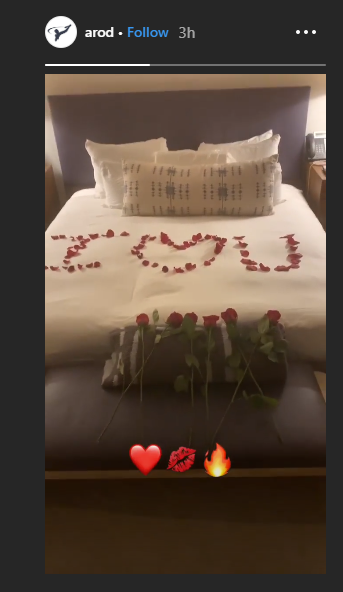 The couple celebrated their two-year anniversary on Feb. 3. â€œYou make my world a more beautiful safe and stable place â€¦ in the midst of our ever-changing, ever-moving life,â€ she wrote in part in a touching Instagram post.

It will be the fourth marriage for Lopez, who divorced singer Marc Anthony in 2014, and the second for Rodriguez, who has been divorced since 2008.Â