Fast & Furious Presents: Hobbs & Shaw Movie Is For Those Who Want To See Some Top-notch Action Sequences And Also Looking For Some Dose Of Laughter In Between.

Fast & Furious Presents: Hobbs & Shaw is about unlikely allies forced to team up for a greater cause. (Image Credit: Instagram)

Fast & Furious franchise is famous for producing some of the best action movies for the past two decades. The latest entrant in the list - ‘Hobbs and Shaw’ has apparently pioneered in taking it to a new level with the entry of superbikes, cyber-genetically enhanced antagonist, and high-tech gadgets and weapon. The story of ‘Fast & Furious Presents: Hobbs & Shaw’ revolves around two frenemies instead of one protagonist which has been played by Vin Diesel in most of the installments. Characters of Luke Hobbs (Dwayne Johnson) and Deckard Shaw (Jason Statham) have already been introduced in the main series but the story this time is all about unlikely allies forced to team up for a greater cause. However, you would find them unsuccessfully trying to ditch one another during a little over two-hour long movie. (136 minutes to be precise).

The movie starts with a MI6 agent Hattie Shaw (Vanessa Kirby) foiling Brixton’s (Idris Elba) bid to steal a weird lethal virus. Brixton, a MI6 operative who turned rogue, has been rebuilt and reprogrammed by Etheon. He is a kind of half-human and half-robot and claims himself to be 'Black Superman'.

A still of the movie shared by Dwayne Johnson, famous as The Rock, on Instagram.

Hattie injects herself with the virus to prevent its acquisition but now she has just a few days to get it extracted out of her body to be alive. On the other hand, Brixton is desperately searching for her to get back what he believes will change the future by eliminating the weaker population of the world.

WATCH! Fast and Furious is back! Dwayne Johnson-Jason Statham bulk up against Idris Elba in Hobbs & Shaw trailer

Now a saga of the reunion will begin which is full of hilarious banters which will keep the momentum going.  It will go on to Western Samoa where Hobb meets his brothers who play a very crucial role in the war against Brixton. You are bound to clap and shout out of excitement while watching high-octane sequences towards the climax.

Director David Leitch has added a glamour quotient in the film with a cameo of Eiza Gonzalez who plays the role of Madam M. Chris Morgan – who has already worked in several films of the franchise – has written the screenplay of the movie, which shows that nothing is stronger than a family. 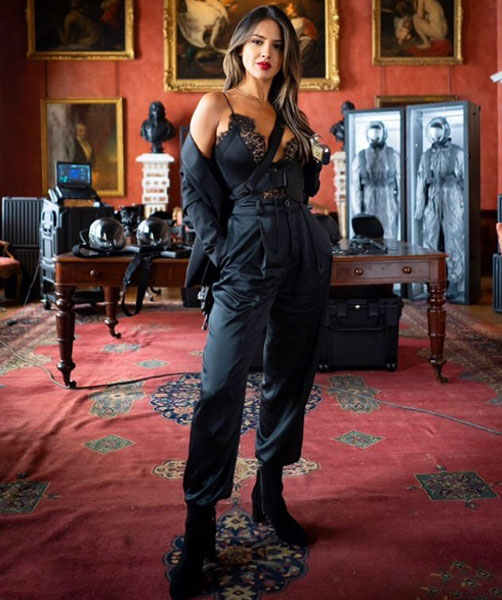 To summarise it in one line – the movie is for those who want to see some top-notch action sequences and also looking for some dose of laughter in between.