Ranu Mondal is a prominent figure now. The Kolkata railway station lady who paved her way to stardom after her mellifluous voice went viral on the internet is now the talk of the tinsel town. Recently it was reported that Ranu Mondal was gifted a flat worth Rs 55 lakh by Salman Khan and Bhai fans went crazy over his kind gesture. However, revelations by sources close to the viral singer suggest that Ranu Mondal is clueless about such development.

In a report by Hindustan Times, Atindra Chakraborty the man who made her video viral revealed that the news of Salman gifting her a flat is fake. On the contrary, the local administration of Ranaghat where she resides is building a house for her. They are also helping her to get her Aadhaar card made.

Meanwhile, Ranu reconciling with her daughter Swati is going viral on the internet. It's been quite long since Ranu met her daughter since both were not in contact with each other. It was only after her video went viral, that Swati managed to find her mother. After returning from several song recording sessions in Mumbai, Ranu met Swati and it resulted in a moment of celebration. 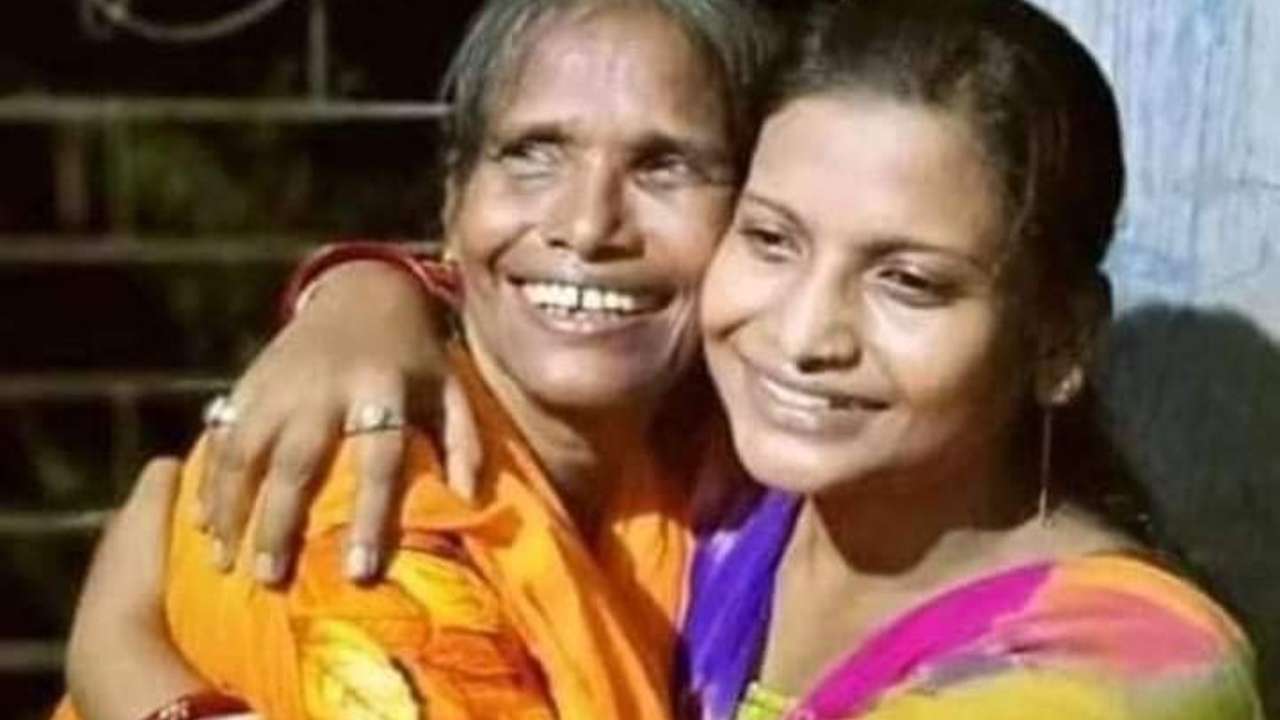 For the uninitiated, Ranu Mondal's soulful rendition of Lata Mangeshkar Ek Pyar Ka Nagma Hai landed her an invitation at a Bollywood singing reality show. Her voice mesmerised Himesh Reshammiya and soon she recorded her first song for his upcoming movie Happy Hardy.

Recorded teri meri kahani my new song from happy hardy and heer with the very talented ranu mondal who has a divine voice , all your our dreams can come true if we have the courage to peruse them , a positive attitude can really make dreams come true , thanks for all your love and support

After returning from Mumbai, Ranu said that she was elated with the opportunity of recording for Himesh. "I am very happy about performing the song which is given to me by Himesh Reshammiya. I sang one Bengali song in Kolkata and one new Hindi song in Delhi," Ranu said.