Tamil Actor Turned Politician Kamal Haasan Is Celebrating His 65th Birthday Today (November 7). The Actor Who Sis Waiting The Release Of Headed To Their Hometown Paramakudi To Kickstart The Three-day Celebration.

Tamil actor turned politician Kamal Haasan is celebrating his 65th birthday today (November 7). The actor who sis waiting the release of headed to their hometown Paramakudi to kickstart the three-day celebration.

The day also happens to be Kam’s 60 years as an actor. Kamal on this occasion of his birthday will be unveiling his dad D Srinivasan's statue in his hometown amid his family and the villagers. D Srinivasan was a lawyer and a freedom fighter as well.

Kamal's daughters Shruti and Akshara are accompanying him on this trip. Also, his elder brother Charu Haasan can also be seen taking this trip. Akshara took to Instagram to share the pictures of the Haasan family from the airport.

After unveiling the statue, Kamal and his family will head back to Chennai. Tomorrow (November 8), a statue of his guru, legendary filmmaker K Balachander, will be unveiled at his office in Eldams Road in the city. Following this, Kamal will attend the screening of Hey Ram at Sathyam Cinemas and will take part in a Q and A session with the audience. 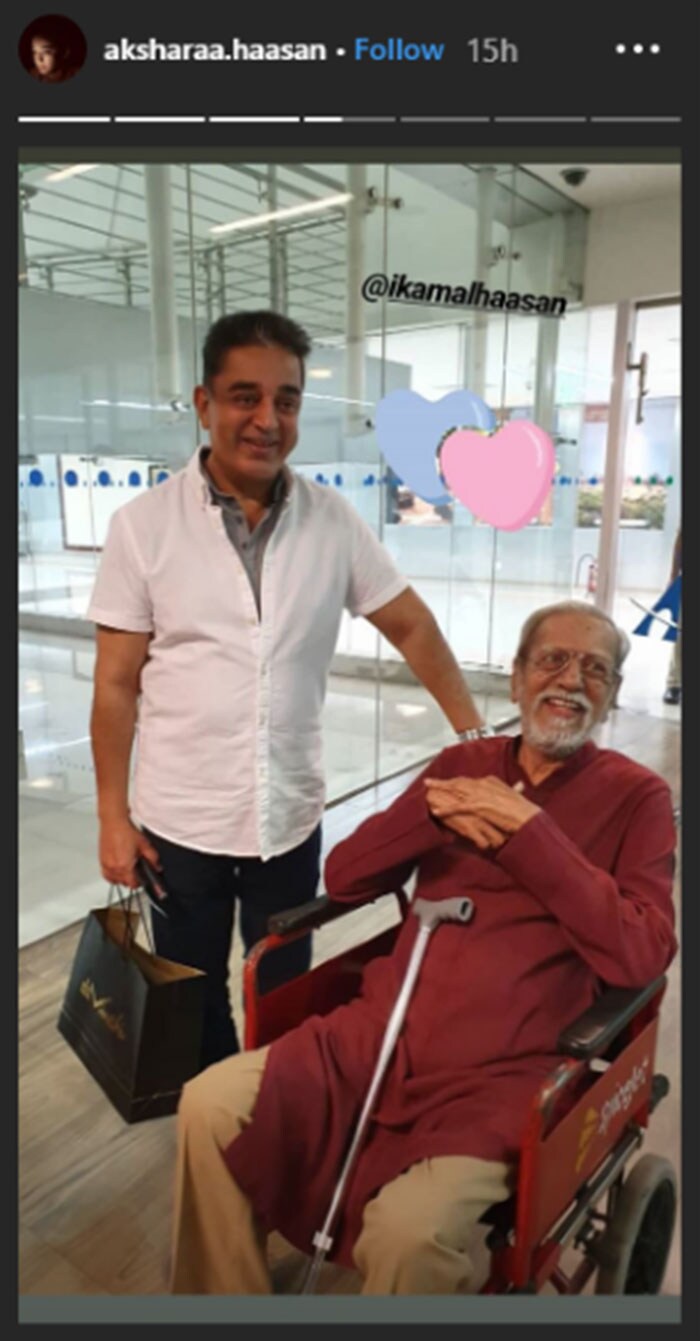 On November 8, a musical tribute headlined by composer Ilaiyaraaja will take place in Nehru Stadium. Kamal's friend Rajinikanth will attend the celebrations and it is said that they have invited actor Ajith as well.

Happiest birthday to such an amazing father , best friend. You have always pushed us to always be better and achieve better ; you have been a true example of these qualities and much more. I hope this year brings you much more and all the success in what ever you choose. @ikamalhaasan

Kamal Haasan stepped into the world of cinema as a child artist in 1960 film Kalathur Kannamma, which starred Gemini Ganesan and Savitri in lead roles. Six-year-old went on to win the President's Gold Medal for his performance in the film. As a child artist, Kamal Haasan has also featured in Tamil films such as Paarthal Pasi Theerum, Paadha Kaanikkai, Kannum Karalum and Vanambadi. His landmark film in a full-fledged role was 1974's Kanyakumari, for which he won several awards.