As Prabhas Celebrates His 40th Birthday Here Are Some Unknown Facts And The Plum Bollywood Projects He Has Rejected So Far And Why.

South superstar Prabhas became a household name after the stupendous success of ‘Baahubali’ series. The actor, enjoys a huge fan following across the nation. As the actor celebrates his 40th birthday here are some unknown facts and the plum Bollywood projects he has rejected so far and why.

Prabhas has reportedly turned down an offer to act in a Hindi movie to be produced by leading Bollywood filmmaker Karan Johar twice. The first time was when KJo wanted to launch him in Bollywood riding his Bahubaali success because he quoted a pay cheque of Rs 20 crore, too much for Dharma Productions to shell out on an actor. The other time he had to tell a ‘No’ to Bollywood on of the most leading producer was when he has already committed to ‘Saaho’ and couldn’t give away dates.

Filmmaker Sajid Nadiadwala reportedly have had a few secret meeting with Prabhas for a collaboration. Nadiadwala, who Tiger Shroff and Kriti Sanon in Sabbir Khan's 2014 action entertainer Heropanti, catapulting their careers in films was excited to launch Prabhas in Bollywood  who already has a huge following across the length and breadth of India. Its been two years to that news and no formal annocemnet has been made as of yet.

After Shahid Kapoor-Deepika padukone starrer Padmavaat became the first blockbuster in 2018, a newspaper daily reported that director Sanjay Leela Bhansali was completely bowled over by Prabhas's intensity and performance in Baahubali in 2015 and he then went on to approached Prabhas for the role of Ratan Singh in Padmaavat. Prabhas however, lost interest in the project after knowing that Ratan Singh’s character was secondary to Deepika Padmavati and Ranveer’s Khilji.

As we still brainstorm on who Prabhas will finally zero down for his grand Bollywood debut, here a quick trivia that you might find hard to believe. In 2014, Prabhas was briefly seen shaking a leg with Sonakshi Sinha in a song called ‘Surya Ast, Punjabi Mast’ from ‘Action Jackson’. The song was choreographed by Prabhudheva. The film also starred Ajay Devgn and Yami Gautam in the lead roles.

Can’t belive? Have a look! 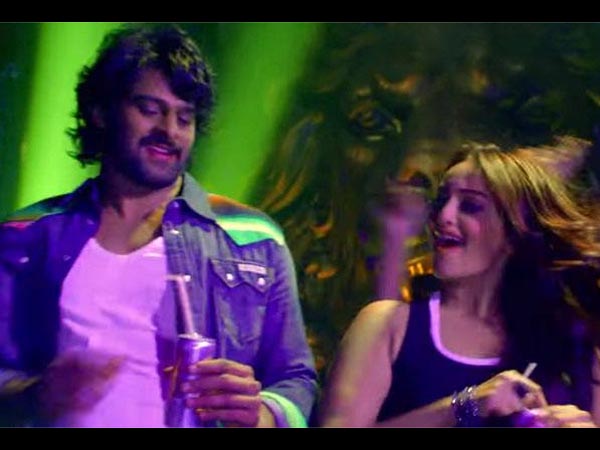