Nach Baliye season 9: These 5 ex-couples to participate in the dance reality show?

Nach Baliye Is All Set To Be Back With Its Ninth Season. This Time, Salman Khan Is Donning The Producerâ€™s Hat For The Popular Dance Reality Show.

Nach Baliye is all set to be back with its ninth season. This time, Salman Khan is donning the producer’s hat for the popular dance reality show. The dance show which introduces celebrity couples every year has come up with an interesting twist. Salman has decided to rope in former couples for competing in the ninth season of the show. A Mumbai Mirror report quoted Salman as saying, ''Nach Baliye this year is going to be all about entertainment with our new concept of getting not just couples but ex-couples under one roof.''

The show will be hosted by Jennifer Winget and Sunil Grover, and we finally have the probable list of ex-couples that will be part of this much-anticipated dance reality show. 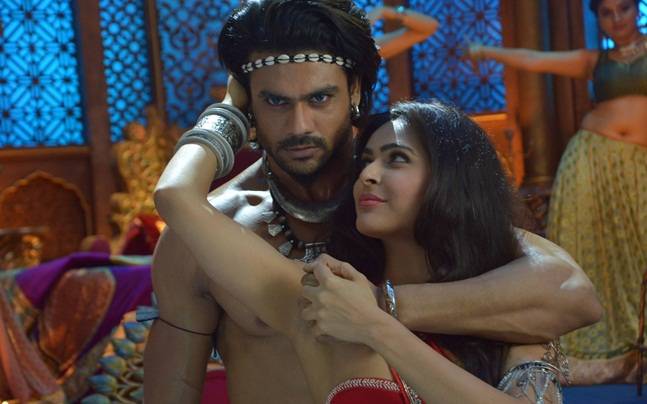 Ex-flames Madhurima Tuli And Vishal Aditya Singh have been reportedly approached for the dance reality show, Nach Baliye 9. A source close to the show informed an entertainment portal that Chandrakanta co-stars, Vishal Aditya Singh and Madhurima Tuli, who are ex-flames will groove along in the upcoming season.Vishal and Madhurima had met on the sets of the show, Chandrakanta and reportedly, had developed a strong liking for each other.

Talking about their breakup, Vishal had earlier shared, ''Yes, I have broken up with Madhurima but would not like to comment any further on it.” When further asked about the reason behind things going kaput for the couple, Vishal chose to remain mum.

Urvashi Dholakia, who shot to fame as Komolika with Kasautii Zindagii Kay, has confirmed her participation in the ninth season of the show. She recently shared a teaser on her Instagram profile and wrote, "Surprise!!!! New show new beginning... Love you all." In the promo, she can be seen shaking legs with a masked dance partner, and she warns him to maintain a distance because he's an ex now. If reports are to be believed, Urvashi will be participating with her ex, Anuj Sachdeva, who currently features in television show Ek Bhram Sarvagun Sampanna.

Naagin 3 fame Pearl V Puri was earlier linked to Tere Sheher Mein fame, Hiba Nawab. But reportedly, the two broke up in 2016. A Times Of India report had suggested that Pearl and Hiba are trying to work out things so as to participate in Nach Baliye 9. The report stated, ''Both Pearl and Hiba are considering the offer. Pearl, who is busy with the shoot of 'Bepannah Pyaar', is waiting for its producer to give him the go-ahead to take up the reality show. While Hiba is also working out her date to participate in 'NB'.''

Naamkarann fame, Aditi Rathore and her ex-boyfriend, Shreedhan Singh have been approached for the ninth season of the dance reality show, Nach Baliye. The two were madly in love with each other until 2017, when she had announced her breakup on social media.

Yeh Hai Mohabbatein fame, Aly Goni and Bigg Boss 8 fame, Natasa Stankovic have been approached for the show as well. The two had hit off instantly after Natasha's sister-in-law introduced them a few years back. Aly and Natasa soon started dating as love blossomed between them. But reportedly, their romance hit a rough patch when Natasa decided to participate in the eighth season of Bigg Boss. Speaking about participating in Nach Baliye 9, Natasa Stankovic had stated to the Bombay Times, ''Yes, I have been approached for the show, but nothing is confirmed yet. I have to figure my dates, and only then will I be able to make a decision.''