A Majority Of These Posts Are In Bengali, And They Mock The Bengal CM Over Her Supposed â€˜hypocrisyâ€™.

A photoshopped image of  West Bengal CM Mamata Banerjee with union Home minister Amit Shah meeting is doing rounds of social media and WhatsApp. In the above Facebook post, it can be seen that both Banerjee and Shah are jointly holding what appears to be a white envelope with the words ‘Jai Shri Ram’ written on it.

A majority of these posts are in Bengali, and they mock the Bengal CM over her supposed ‘hypocrisy’.

Fact Check: During the reverse image search on Google, our team found that  photograph of Mamata Banerjee and Amit Shah together, is photoshopped. The image pertains to a most recent meeting between the two leaders, on September 18. 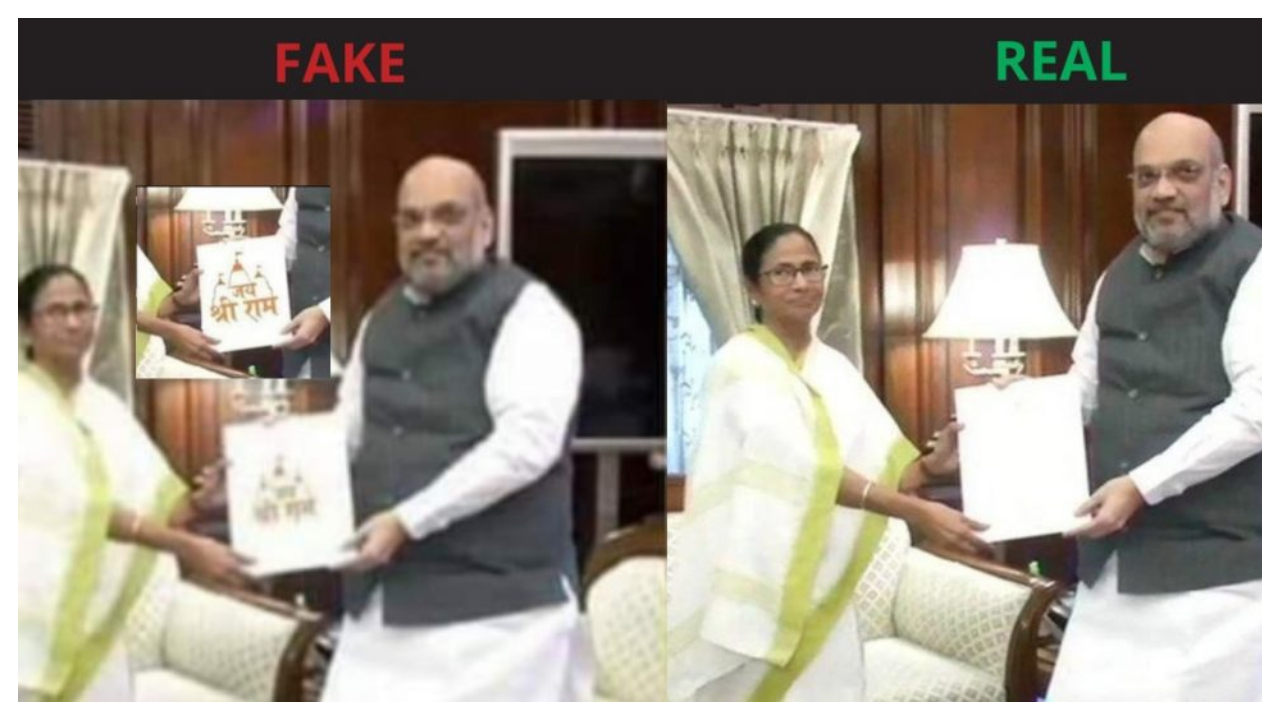 West Bengal Chief Minister Mamata Banerjee met Union Home Minister Amit Shah on September 19 and raised the issue of the NRC in Assam. After meeting Shah at his North Block office, the Trinamool Congress chief said many genuine Indians were excluded from the NRC in Assam and she requested the home minister to examine their cases as many of those excluded are Bengali-speaking people, Hindi-speaking, Gorkhas and even Assamese people.

The two pictures- photoshopped and original, are juxtaposed and posted below for comparison.It can be seen that West Bengal CM and Amit Shah are not holding an envelope with ‘Jai Shri Ram’ written on it.

The original image, clicked at a recent meeting between the two leaders, has been tampered with.