With Shehla Rashid Back In News, Some Of The Old Tweets About Her Resurfaced On Social Media.

Shehla Rashid is one of the favourite targets of online trolls (Photo Credit: Social Media)

A Delhi court disposed of the anticipatory bail application of former JNU student leader Shehla Rashid in the alleged Army defamation case and directed police to send a 10 day pre-arrest notice to her if the need arises to arrest her. Rashid was booked for sedition over her tweets alleging that the armed forces "tortured" civilians and "ransacked" houses in the Valley after Jammu and Kashmir’s special status was revoked.

Shehla Rashid is one of the favourite targets of online trolls. So, with Rashid back in news, some of the old tweets about her resurfaced on social media. One such reoccuring post shows Rashid wearing a saree with the Pakistan national flag printed on it. 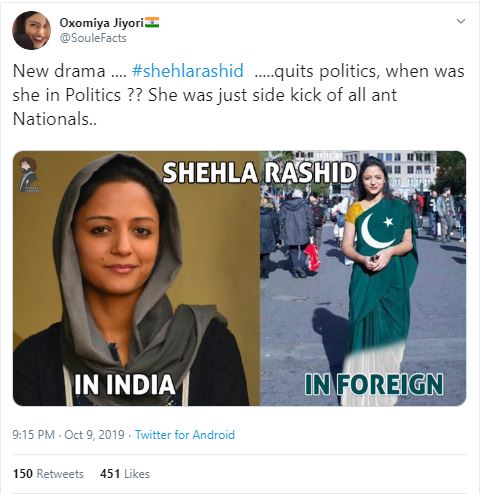 Most of these posts falsely claim that Rashid wears saris with Pakistan’s flag on it, when travelling outside India. This image has been created using another picture of Rashid. A simple google search shows the original image. 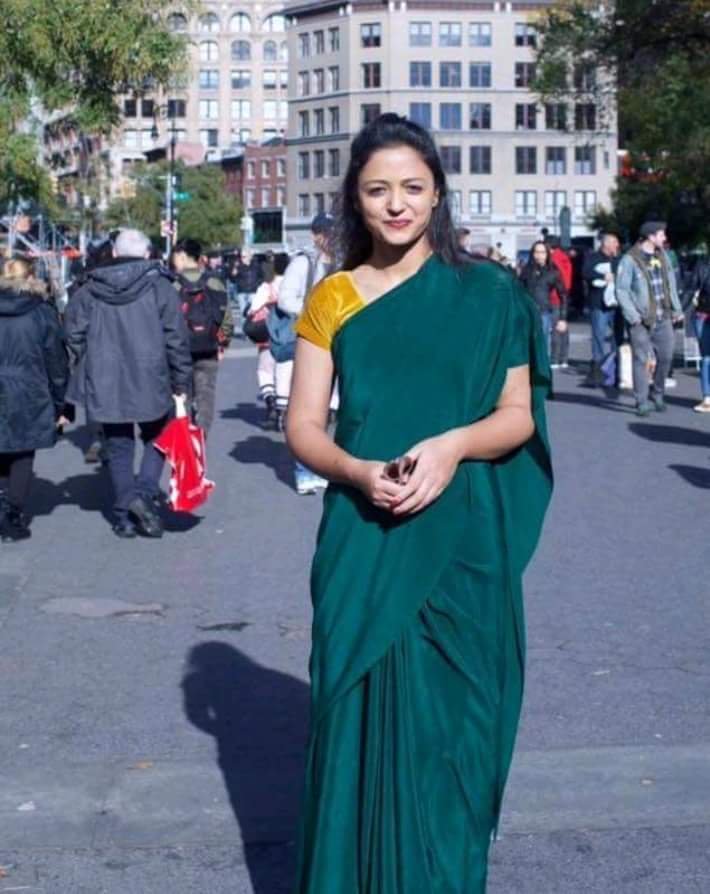 It is clear that the image was edited and being used to spread false news about Rashid.