Fact Check: Is PM Modi Bowing Down To Gautam Adaniâ€™s Wife In This Photo?

This Image Of PM Modi Is Being Shared For The Past Several Months.

A photo of Prime Minister Narendra Modi bowing down in front of a woman is being widely shared on social media platforms with the claim that the woman in the viral photo is the wife of Indian industrialist Gautam Adani.

When News Nation reverse-searched the image on Google, it was found to be of September 25, 2014. The date when PM Modi visited the southern city of Tumkur to inaugurate a project. 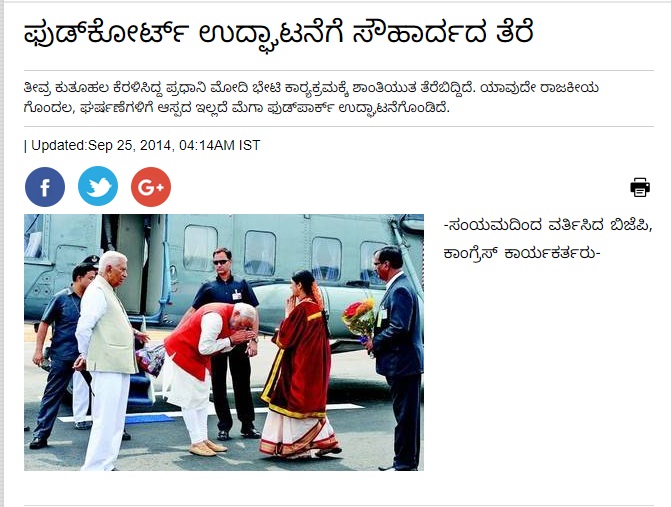 A tweet was also found which captioned the same image: “This is how PM @narendramodi greeted Tumkur Mayor Geeta Rudresh when she came to welcome him.” The same photo was also posted on Facebook with a similar description.

A Reddit post was also found with the same photo with a text “Modi greeting Tumkur mayor (after leaving ISRO to launch that food park) (sic)”.