Fact Check: Is The Soldier In This Picture Son Of Israeli Prime Minister

The Man In The Viral Image Is Not The Son Of Any Prime Minister Of Israel.

A photograph of a soldier in a suit saluting a man is doing rounds on social media. According to the claim, the soldier saluting is the son of Israel’s prime minister serving in the army.

The post was shared by Facebook page Tellgu’ on Wednesday. Besides this, similar posts are also circulating on social media.

When our team used reverse image search, we found news reports related to the photo. As per a report in The Jerusalem Post, the man in the picture is Gilad Shalit, an Israeli soldier who was returned to Israel on October 18, 2011. The soldiers were held captive by militant organisation Hamas since June 25, 2006. 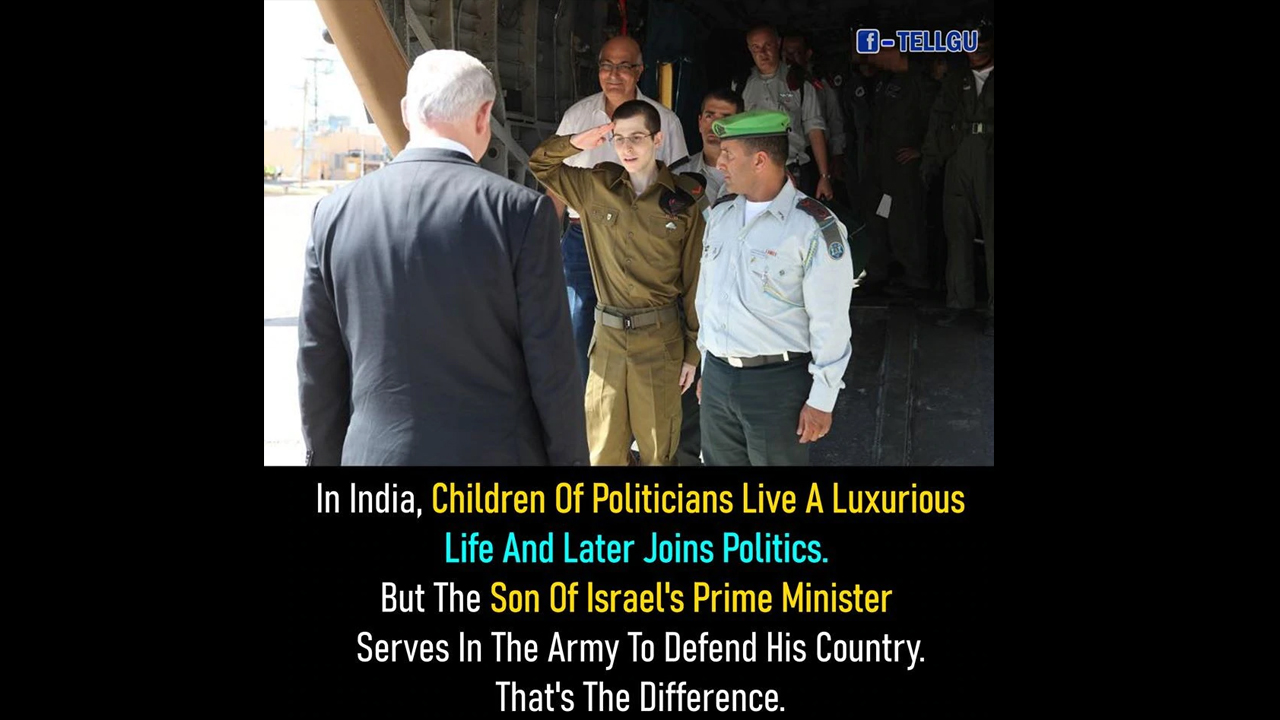 In exchange for Gilad release, Israel freed 1,027 Palestinian prisoners of Hamas and other terror organisations, the report said.

The viral photo was taken at Tel Nof Airbase of central Israel when Gilad was returning to his home. The man to whom Gilad is saluting in the photo is Israel Prime Minister Benjamin Netanyahu.

The man in the viral image is not the son of any prime minister of Israel.

However, it is correct that the youngest son of the Israeli Prime Minister, Avner Netanyahu, joined the Israel Defense Forces in 2014.