While Pakistan Was Busy Celebrating The Extensive Coverage By The New York Times, Several Twitterati Noticed That The Image Shared By The PTI Was Slightly Cropped From The Bottom.

The attempts to attack India over Article 370 abrogation are being made several times by Pakistan in the last two months. One such instance was a recent post by the ruling Pakistan Tehreek-e-Insaf (PTI) on Twitter. In one of its September 28 tweets, the Prime Minister Imran Khan-led party said American news daily The New York Times' front-page coverage on the ongoing Kashmir issue is itself a diplomatic win for Pakistan.

"The world has started paying attention to the #KashmirIssue and that itself is a diplomatic win for Pakistan. Our only aim is to make the Kashmiri voices heard despite Modi’s attempts to silence them through media blackout in Kashmir. Today in @nytimes! #ImranKhanVoiceOfKashmir," the tweet reads. 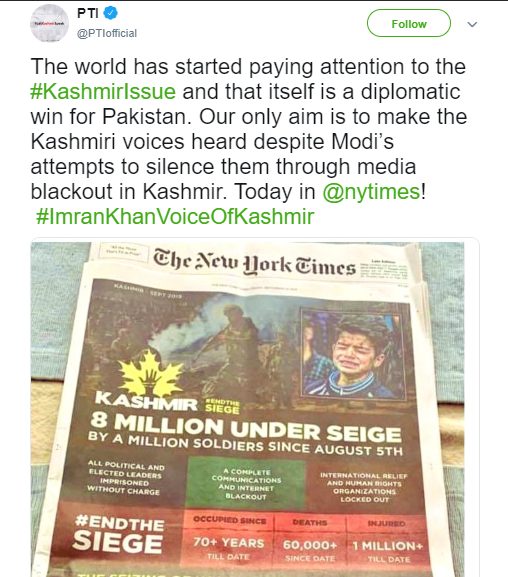 Along with the message, the PTI embedded an image of the said front-page which appears to be an outright attack on the Narendra Modi-led Indian Government over the abrogation of Article 370 of the Constitution, stripping the special status to Jammu and Kashmir. The tweet, which was later deleted, had been retweeted by many with the implication that the American daily has substantially highlighted the alleged human rights violations in the Indian state of Jammu and Kashmir in August.

READ | Fact Check: If You Like Modi Then Read Hitler - Truth Behind 'Suggestion' At Mumbai Book Stall

In a historic development, the Indian government, had on August 5, decided to revoke the special status to the state and bifurcate it into two Union Territories - Jammu and Kashmir and Ladakh.

While Pakistan was busy celebrating the extensive coverage by The New York Times, several Twitterati noticed that the image shared by the PTI was cropped from the bottom. Therefore, a close look at the full-length front page revealed that the image of the newspaper was not a report by the American daily, but a sponsored article by one International Humanitarian Foundation (www.IHF-US.org). 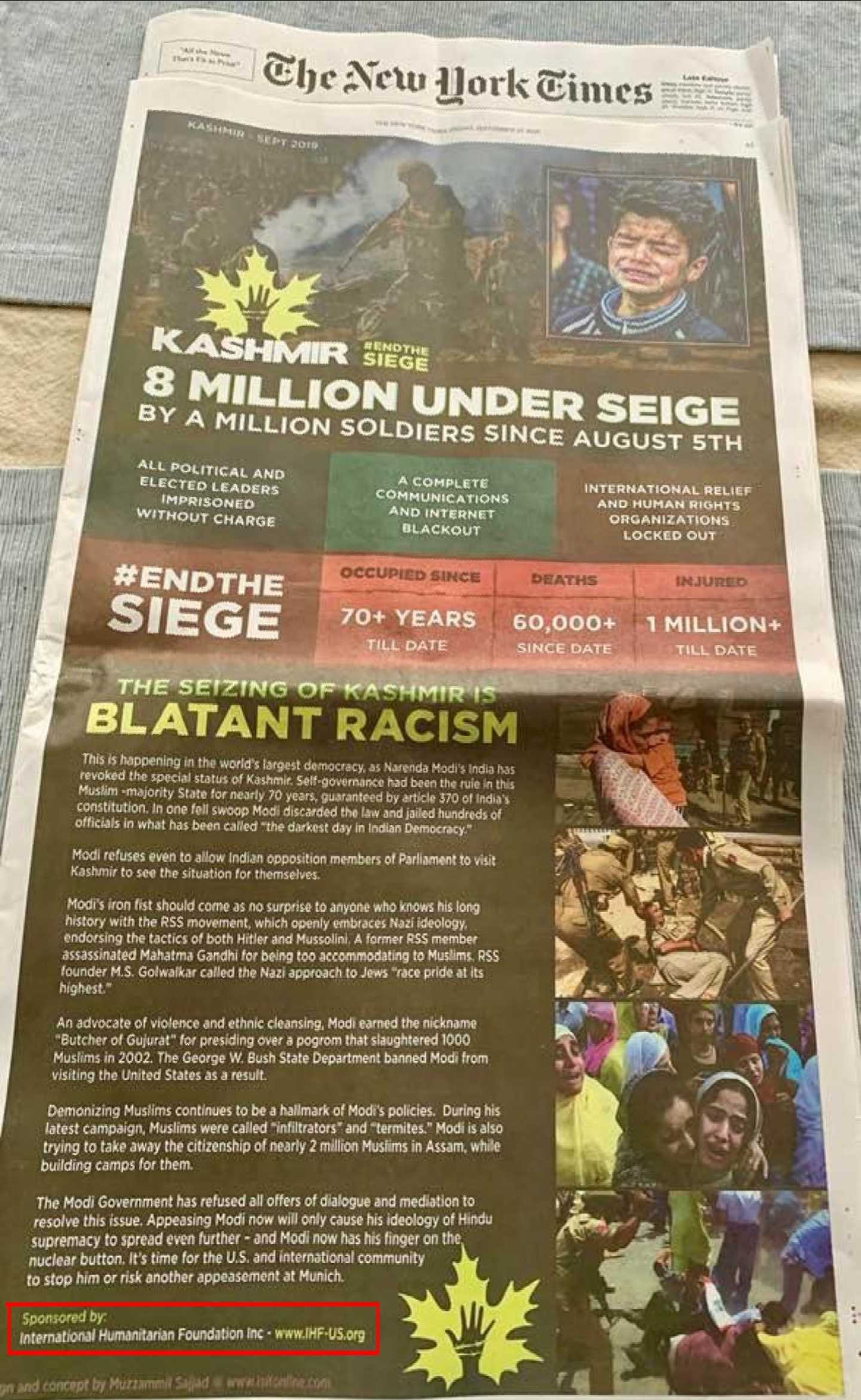 A clarification in the bottom left corner of the page reads, "Sponsored by International Humanitarian Foundation". Notably, The New York Times had no coverage on Kashmir on September 28, the date mentioned by the PTI in its tweet. However, the issue made headlines in the esteemed daily on August 10. 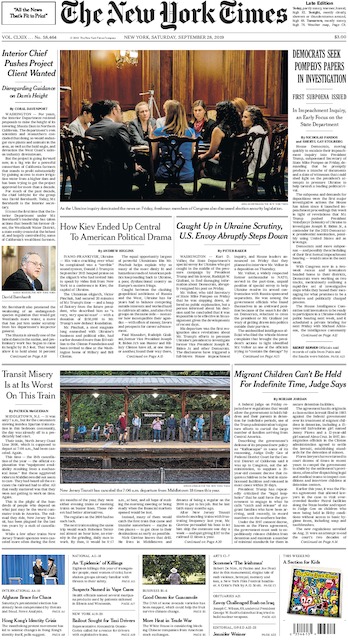