News Nation Has Found The Photograph Is At Least Four Years Old. A Facebook User Ayan Saif Shared This Misleading Post On September 25, 2019.

A child's picture showing protecting another kid is going viral on social media. It is being said that a child was rescuing his sister during a firing in Kashmir. When News Nation investigated, it came to know that the viral image is from Syria, and not Kashmir. Many such fake pictures and videos have gone viral since the removal of Article 370 from Jammu and Kashmir.

News Nation has found the photograph is at least four years old. A Facebook user Ayan Saif shared this misleading post on September 25, 2019. 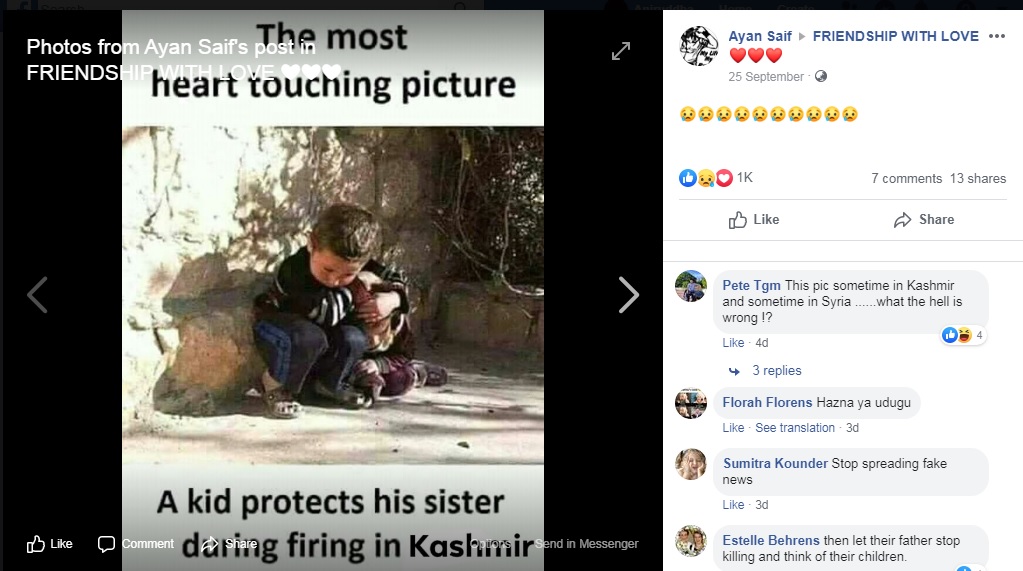 News Nation reverse searched the image and found the photo was shared one Twitter user @MohamedTERParis on February 27, 2015.

After this, we used the timeline tool in Google, then we got the oldest tweet posted February 16, 2015. It was posted by Twitter handle named Habibies with a caption: #Syrian child protecting his little sister from # Assad’s AirStrikes. Has to be one of the most heartbreaking Pic.” 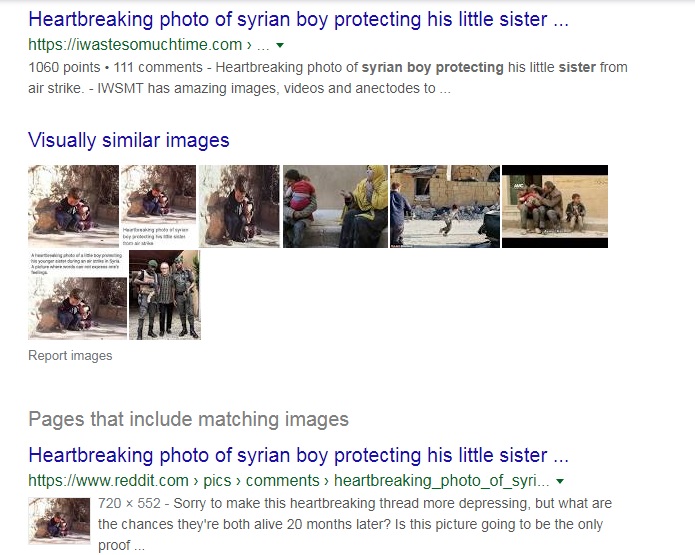 During the search, we found a viral picture on DailyAsian.com. It was uploaded on June 21, 2016, claiming that it was from Syria.