Lauding The Announcement Of The Ram Temple Trust, Home Minister Amit Shah Said The Day Marks The End Of A Long Wait By Crores Of Devotes.

Amit Shah also said that, “one of the trustees of Ram Mandir Trust will be from the Dalit community.” (Photo Credit: PTI File Photo)

Shortly after the crucial announcement of the Ram Mandir trust by Prime Minister Narendra Modi in the Lok Sabha, Union Home Minister Amit Shah took to Twitter to inform about the composition of the autonomous body. According to the Home Minister, temple trust named ‘Shri Ram Janmabhoomi Teerth Kshetra’ will consist of 15 members. Shah also said that, “one of the trustees will be from the Dalit community.” Lauding the announcement of the temple trust, the Home Minister said the day marks the end of a long wait by crores of devotes. Soon, people will be able to make the pilgrimage to the birthplace of Lord Ram and fulfil their wish for darshan at the grand Ram temple in Uttar Pradesh’s Ayodhya.

Shah also reiterated the autonomous nature of the Ram Mandir trust and said that 67 acre of land will be soon transferred for the construction of the temple. The Home minister said that the decision by the Narendra Modi government was taken in accordance with the Supreme Court’s landmark judgment in the case. “I thank PM Narendra Modi for such an unprecedented decision that strengthens social harmony,” Shah said in a tweet. News Nation has learnt that the Ayodhya administration has tightened the security in and around the temple town following the announcement of Mandir trust in the Lok Sabha.

Soon after the announcement, some leaders questioned the timing of the temple trust announcement. However, in an interview to NDTV, Delhi BJP Chief Manoj Tiwari hit back at the critics and asked, “This country has waited for 500 years for their Lord Ram... How much more can people wait?”

During the key announcement in the Lok Sabha, PM Modi also spoke about the diversity of Indian society. “In India, be it Hindu, Muslim, Sikh, Christian, Buddhist, Parsi or Jain, everyone is a part of one family. Development must take place for every member of the family. Our govt is moving forward with 'sabka sath sabka vikas' policy so that everyone is happy,” PM Modi said in his speech. 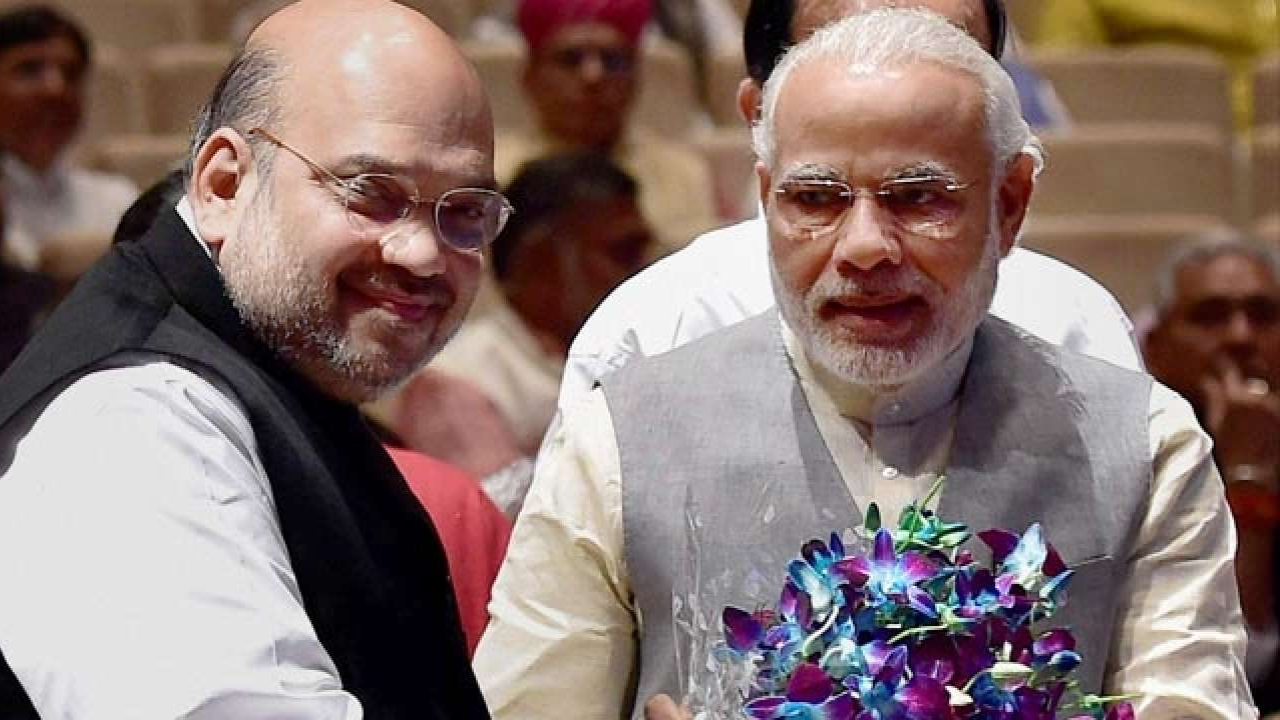 Amit Shah said that the decision by the Narendra Modi government was taken in accordance with the Supreme Court's landmark judgment in the case. (File Photo)

Making a statement in the lower house soon after the meeting of the Union Cabinet, Modi said, "We have readied a scheme for the development of Ram Temple in Ayodhya. A trust has been formed, it is called 'Shri Ram Janambhoomi Teertha Kshetra." Since Parliament is in session, the government decided to inform the House on the important decision taken by the Cabinet.