The Incident Spot Is Roughly 70 Km From Pune City. The Boy Is Absolutely Safe And Hasn't Sustained Any Injury.

A six-year-old boy, who was trapped 10 feet in a 200-feet deep borewell in Maharashtra’s Pune on Wednesday, was rescued on Thursday morning after 13 hours. The boy, identified as Ravi Pandhil Bhil was playing near the open borewell in Namdev Jadhav’s farm in Thoradndale village around 4.30 pm when he fell into it. His father, Pandit Bhil of Jalgaon district, is a road construction worker. The incident spot is roughly 70 km from Pune city. The boy is absolutely safe and hasn't sustained any injury.

The police and the National Disaster Response Force teams had rushed to the site to rescue the boy.

The NDRF had said, in a statement, “As per information received from SHO Ambegaon Police Station, a 6-year-old boy is trapped in a borewell at about 10-feet depth at a village in Ambegaon, Pune. Total depth of borewell is about 200 feet, one team moved towards the site of incident.” 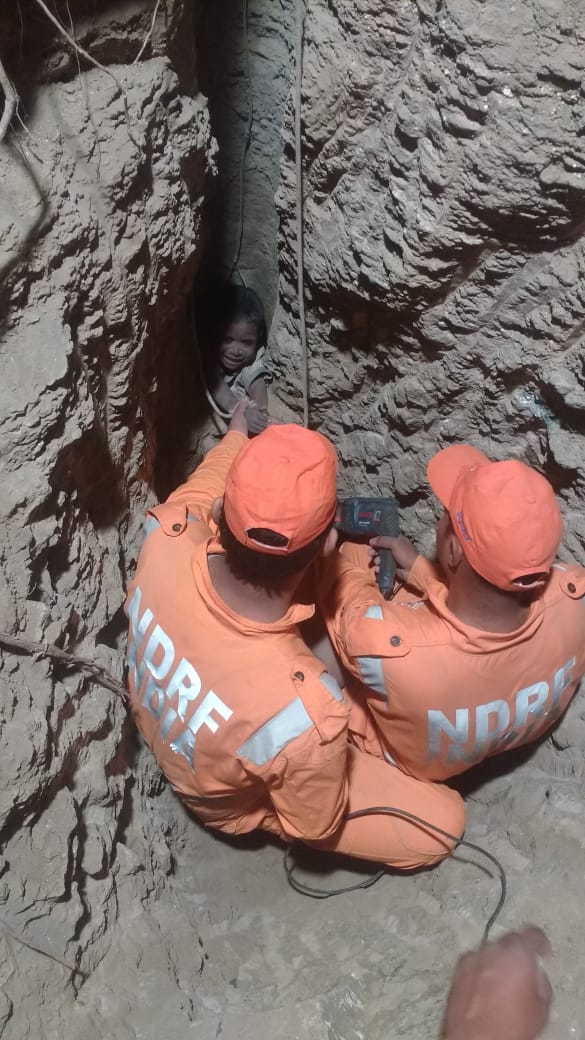 An NDRF official had said a big boulder was posing an obstacle to the rescue. “We had almost reached the boy when the digging equipment hit the boulder. We decided to clean the boulder and take it out in pieces to ensure that the boy is not injured,” he said as reported by ToI. The officer said the boy is speaking with his parents. “We have provided him every help. A doctor too has checked him,” he added.