Shiv Sena leader Aaditya Thackeray on Wednesday night met Congress president Sonia Gandhi and is understood to have invited her for Uddhav Thackeray’s swearing-in as Maharashtra Chief Minister. Aaditya Thackeray had a brief meeting with Gandhi at her 10 Janpath residence. The Congress tweeted a photo of the two leaders from its official Twitter handle. 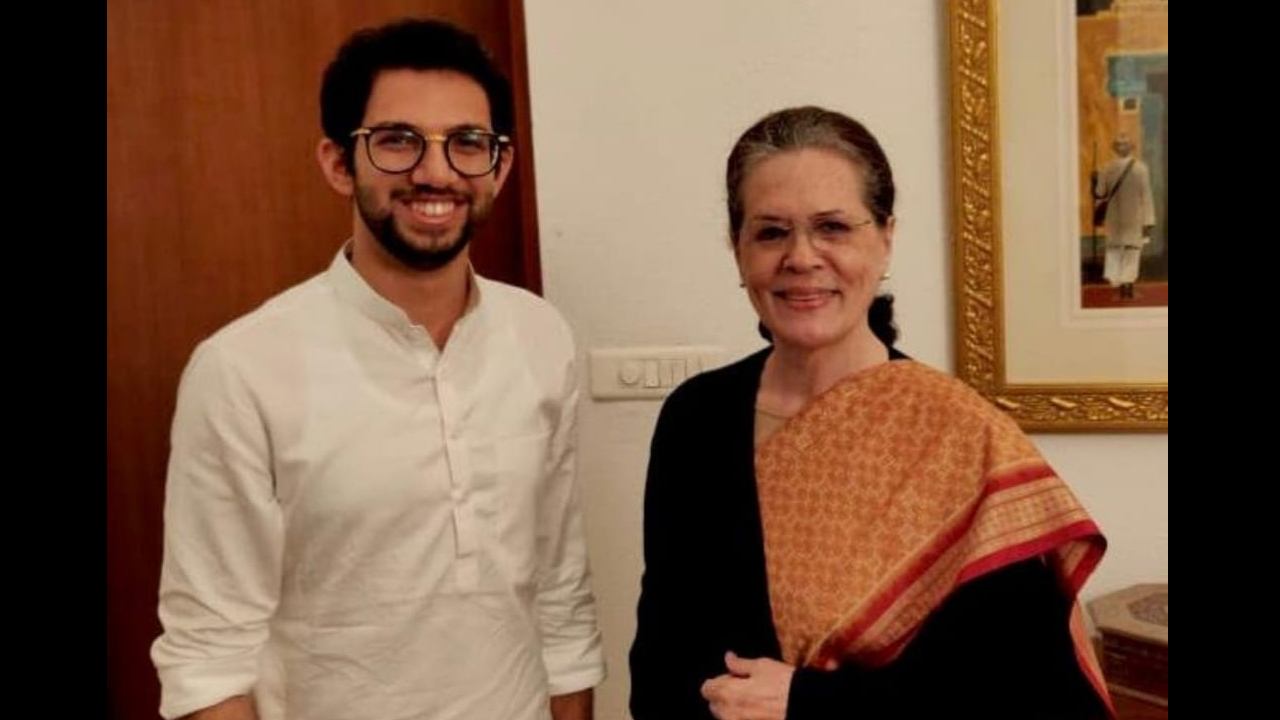 He is understood to have invited Gandhi for Shiv Sena chief Uddhav Thackeray’s swearing-in that will take place at 6:40 pm at Shivaji Park in central Mumbai on Thursday. 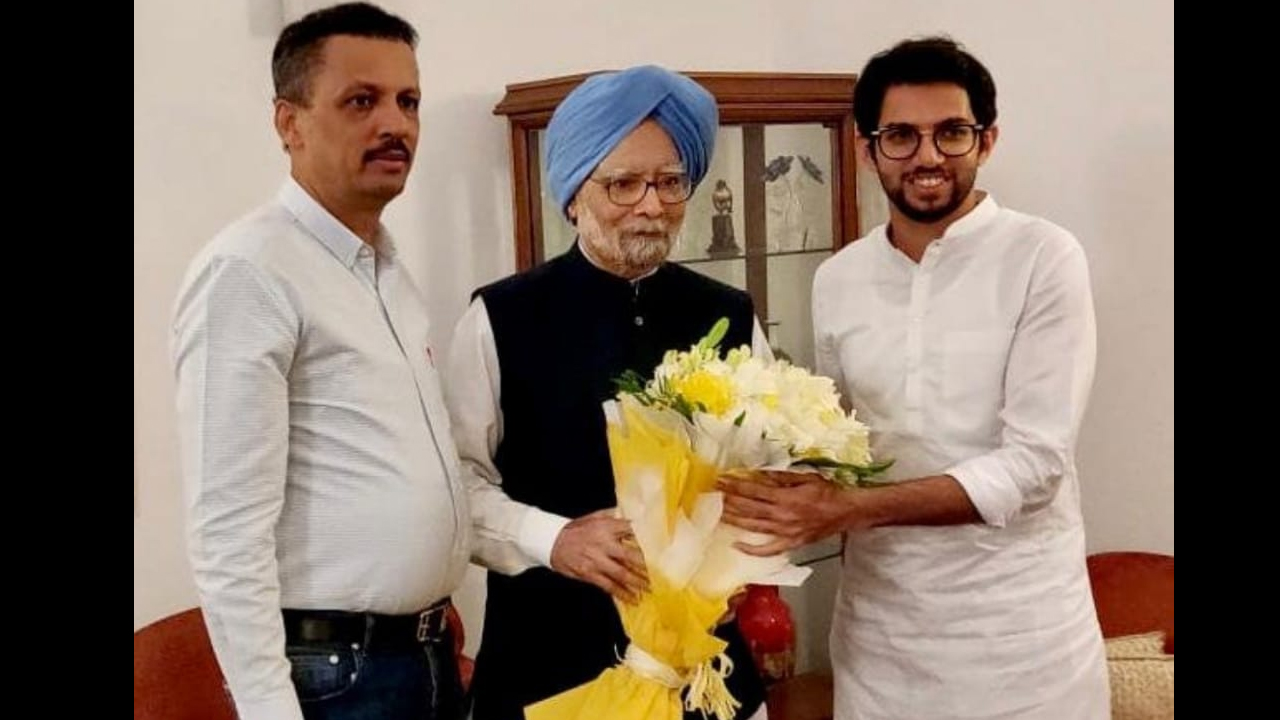 Aaditya also meet former prime minister Dr. Manmohan Singh at his residence and invited him for the swearing-in ceremony.

#WATCH Aaditya Thackeray, Shiv Sena after leaving from Congress interim president Sonia Gandhi's residence in Delhi: We came here to seek her wishes and blessings for the new government. We have invited a lot of leaders. We are also seeking Dr Manmohan Singh's good wishes. pic.twitter.com/XhiQRMSokb

Delhi Chief Minister and AAP national convenor Arvind Kejriwal is also unlikely to attend the swearing in ceremony of Shiv Sena president Uddhav Thackeray as the CM of Maharashtra on Thursday, sources said on Wednesday.

"Kejriwal will not be able to attend the swearing in ceremony in Maharashtra due to prior engagements tomorrow," an official in the chief minister's office said.

Thackeray would be taking over as the chief minister more than a month after results of the Maharashtra Assembly elections were declared on October 24.