“NCP chief Sharad Pawar will meet Prime Minister Narendra Modi today in Parliament, over the issue of Maharashtra farmers. We will demand some relief for the farmers, from the Prime Minister,” NCP spokesperson Nawab Malik was quoted as saying by news agency ANI earlier today.

On the other hand, Shiv Sena leader Sanjay Raut had said that there isn’t much to be read on Pawar meeting PM Modi. “Is there something always cooking if some leader meets the PM. He is the prime minister for the entire nation and farmers are facing problems in Maharashtra. Be it inside Parliament or outside, anyone can meet the PM,” Raut had said.

It is to be noted that unseasonal rains have damaged crops on about 70 lakh hectares of land, and the total loss is expected to be around Rs 5000 crore. 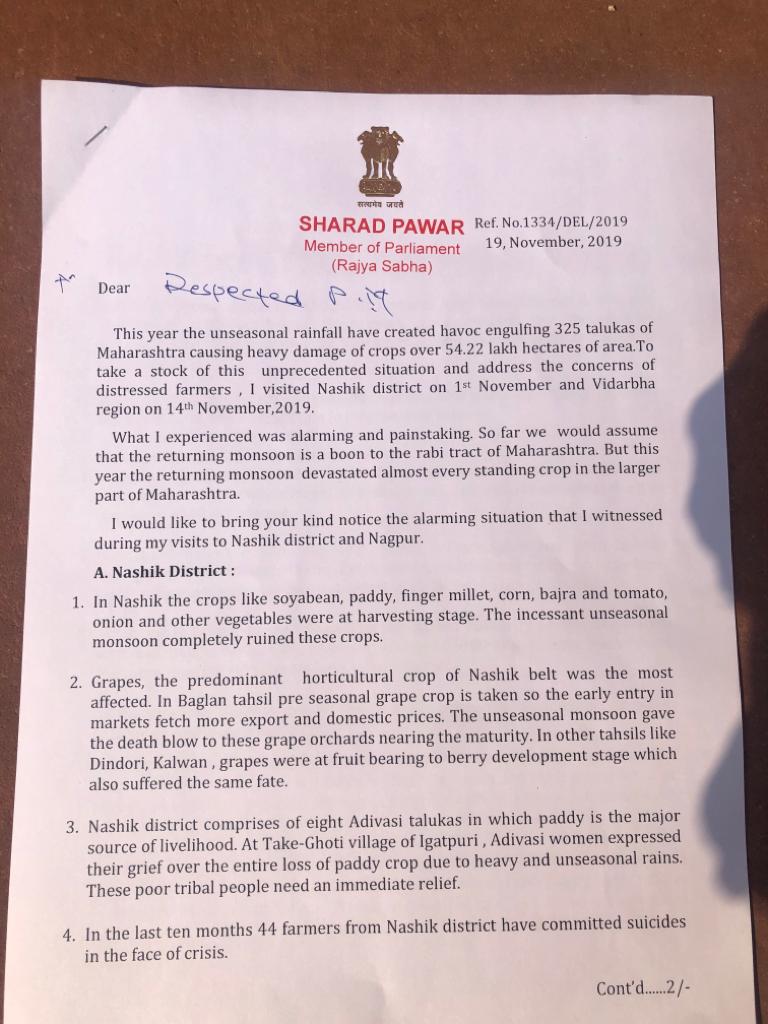 However, the meeting is significant at a time when Sharad Pawar's NCP is poised to play a significant role in the future of any government formation in Maharashtra. While Shiv Sena is in discussion with NCP and Congress to form the new government, there have been reports that BJP has also maded advances to Pawar's party.

Leaders of NCP and Congress will meet for a discussion on Wednesday.