Modi-KCR Meeting Came Two Days After The Telangana Chief Minister Had Met His West Bengal And Odisha Counterparts Mamata Banerjee And Naveen Patnaik In A Bid To Form A Non-Congress, Non-BJP Alliance For The Upcoming Lok Sabha Elections Next Year.

Amid talks of a federal front comprising regional parties in Telangana, Chief Minister K Chandrasekhar Rao (KCR) on Wednesday met Prime Minister Narendra Modi at PMO Office in New Delhi. It was their first interaction after the TRS president won the recently concluded Assembly elections with a healthy majority in the state. Sources said, during their December 26 meeting, the two leaders discussed a variety of issues, including the release of funds for 10 backward districts, setting up of a separate high court for Telangana, Kendriya Vidyalayas in new districts and an IIT in Karimnagar district.

Taking to Twitter, the PMO India wrote, "The Chief Minister of Telangana, Shri K Chandrashekar Rao met PM @narendramodi. @TelanganaCMO". Along with the tweet, the official handle of PMO shared a picture of both the leaders where they can be seen seated next to each other.

Modi-KCR meeting came two days after the Telangana chief minister met his West Bengal and Odisha counterparts Mamata Banerjee and Naveen Patnaik in a bid to form a non-Congress, and non-BJP alliance for the upcoming Lok Sabha elections next year. 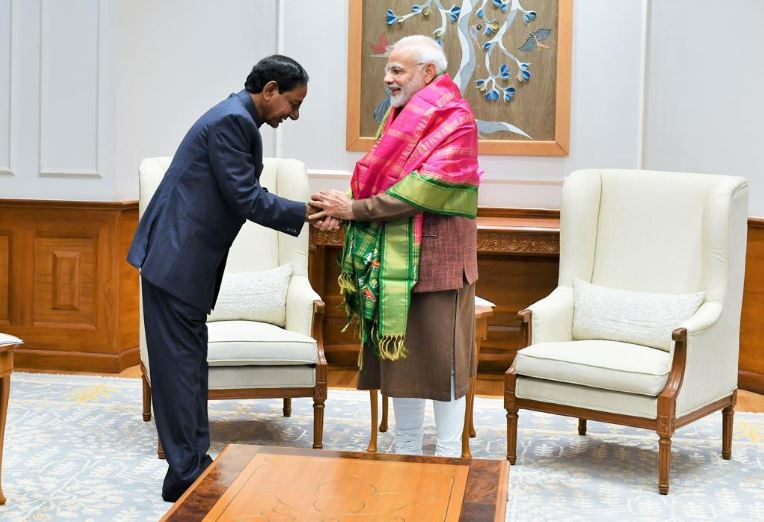 There are also reports that KCR is scheduled to meet Bahujan Samaj Party (BSP) chief Mayawati and Samajwadi Party (SP) president Akhilesh Yadav as part of his idea for a third front ahead of 2019 Lok Sabha elections.

Asked about the possibility of SP joining the TRS-led third front, Yadav said, "Efforts to bring all parties together have been ongoing for many months; I congratulate the Telangana chief minister for working in this direction. He has been trying to bring together a federal front, I’ll go to Hyderabad to meet him".

Early in the day, in a big blow to Rahul Gandhi's Grand Alliance dream for 2019 Lok Sabha elections, the SP leader said that his party would go for a Congress-less alliance in Uttar Pradesh. BSP chief Mayawati too decided to go solo in Madhya Pradesh during Lok Sabha elections next year. 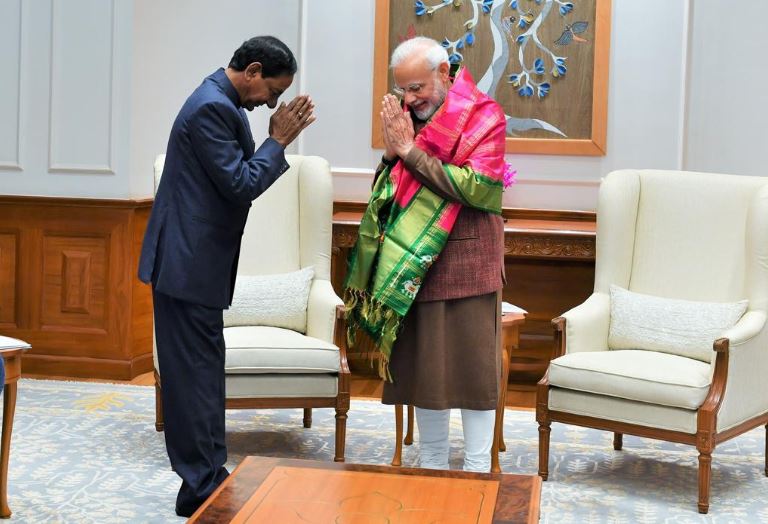 Congress leader Rajeev Gowda, on the other hand, urged leaders of the regional parties to think of national interest and remain with the Congress and a broad coalition of secular parties. Speaking to news agency PTI, Gowda said, "This federal front idea... the truth behind it is nothing but an attempt to ensure that BJP and 'Modi Sarkar' come back to power". The Rajya Sabha MP was responding to a query from reporters in Hyderabad.