The Supreme Court on Wednesday concluded the day-to-day hearing in the politically sensitive Ram Janmbhoomi-Babri Masjid land dispute case at Ayodhya. A 5-judge Constitution bench headed by Chief Justice Ranjan Gogoi had earlier said that it is hearing the Ayodhya land dispute case for the last 39 days and no more time beyond today will be granted to parties to conclude the hearing in the case. "This matter is going to be finished today by 5 PM. Enough is enough,” the bench, which also comprises justices S A Bobde, D Y Chandrachud, Ashok Bhushan and S A Nazeer, said at the start of the proceedings on the 40th day.

The Ayodhya case is being heard by a Constitution Bench of Chief Justice of India Ranjan Gogoi and Justices SA Bobde, DY Chandrachud, Ashok Bhushan and Abdul Nazeer.

#AyodhyaHearing | Spiritual leader and one the members of Ayodhya mediation committee, Sri Sri Ravi Shankar, thanks all parties for "their sincere & tireless participation"@SriSri

Varun Sinha, Hindu Mahasabha's lawyer: Supreme Court has reserved the order and has made it clear that the decision will come, in this case, within 23 days.

After brief rejoinder submissions from Senior Advocate Divan, Constitution Bench reserves order on point of recusal. Order to be pronounced on October 23.

On Day 40 of the hearing, Supreme Court reserves its Judgment in the Ayodhya dispute. Written submissions to be submitted in three days.

Dhavan calls PN Mishra's argument on grant of land "foolish". Mishra opposes the submission. Dhavan says it is about the argument, nothing personal.

Kunal Kishore, publisher of map that was handed over to Advocate Dhavan: He is an intellectual, he thought if this map is presented before the court his case will become non-existent. If he had objections he could have said that in the time that was given to him.

Rajiv Dhavan appearing for one of the Muslim parties in Ayodhya Casein Supreme Court says, Hindu Mahasabha has variations in their submissions in the case.

CJI Gogoi agrees with Rajeev Dhavan that he indeed said Dhavan may tear the pages.

Rajeev Dhavan on the incident of tearing pages says: "the incident is going viral. But fact is that I wanted to throw the pages away and the CJI said I may tear them. And I tore them so I'd say it was with the permission of Court." 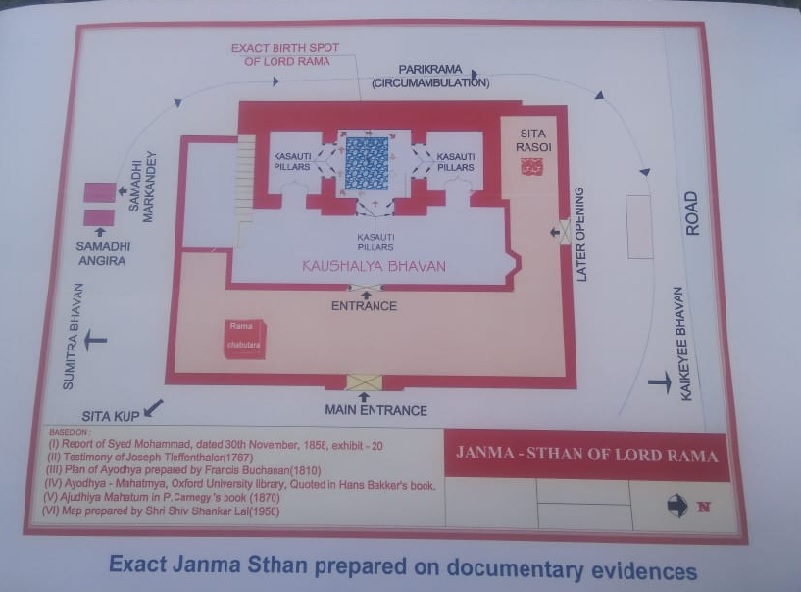 The map from the book 'Ayodhya Revisited'

The map from the book 'Ayodhya Revisited', which was torn by Rajeev Dhavan, the lawyer representing the Muslim side, during Ayodhya hearing in Supreme Court earlier today pic.twitter.com/jPW2N5W8AT

All India Babri Masjid Action Committee (AIBMAC) convener Zafaryab Jilani: I have no information on withdrawal of appeal by Sunni Waqf Board.

Sunni Waqf Board agrees to build mosque at another place instead of Ayodhya as part of mediation panel’s settlement plan: Source

Please conclude by 1 PM, CJI asks Senior Advocate Sushil Kr Jain who is arguing on behalf of the Nirmohi Akhara.

Shouting matches are wasting the time

CJI Ranjan Gogoi says the judges will get up and go if proceedings go on like this. Shouting matches are wasting the time and that the judges could go through the papers instead of hearing the lawyers. Read more...

CJI Ranjan Gogoi says the judges will get up and go if proceedings go on like this. Shouting matches are wasting the time and that the judges could go through the papers instead of hearing the lawyers.

Vikas Singh asked by CJI to conclude, he persists that he has more to argue.

CJI Gogoi to Rajeev Dhavan: You can shred it further.

Rajeev Dhavan tears papers, maps etc handed over to him by Hindu Mahasabha.

Late Baba Abhiram Das had an independent psoition as the priest and this position has been accepted by others also.

Ranjit Kumar: I have argued on the preexisting right to pray of the Hindus all along.

Ranjit Kumar: Whether the disputed structure was valid mosque or not will be decided as per the tenets of that religion.

The Ayodhya case is being heard by a Constitution Bench of Chief Justice of India Ranjan Gogoi and Justices SA Bobde, DY Chandrachud, Ashok Bhushan and Abdul Nazeer.

CS Vaidyanathan: This is contrary to my learned friend's own understanding, he says that before 1855 both used to worship.

Chief Justice Ranjan Gogoi refuses to give time to cross-examine those who filed a separate petition to present their case.

Senior Advocate CS Vaidyanathan resumes his arguments, saying the Muslim side hasn't given any evidence on exclusive possession or title.

Chief Justice of India (CJI) Ranjan Gogoi has refused to take any intervention application in the case.

Chief Justice of India (CJI) Ranjan Gogoi while dismissing intervention application of one of the parties Hindu Maya Sabha in Ayodhya land case: This matter is going to be over by 5 pm today. Enough is enough.